Alongside iOS 7, Apple will also be launching its new streaming music service iTunes Radio this week. The move will signal the company’s most significant in the digital music space since it first introduced the iTunes Store back in 2003.

Record labels, advertisers, and many others in the industry are betting big on Apple’s radio service, which promises to help users discover and purchase new music. And today, CNET shares new details regarding Apple’s efforts on that front…

“At the same time, Apple has been staffing up and is looking to hire a range radio music programmers. These are people with deep knowledge in genres such Latin, metal and alternative music who will be responsible for selecting and promoting songs out of the thousands of new releases each month. Apple has also been trying to poach people from the labels themselves.”

Additionally, Sloan says that Apple has been asking all the major music labels for their “heat seekers” lists—lists the labels keep of artists and songs they’re betting are on the verge of breaking, even though the data might not yet point to success. 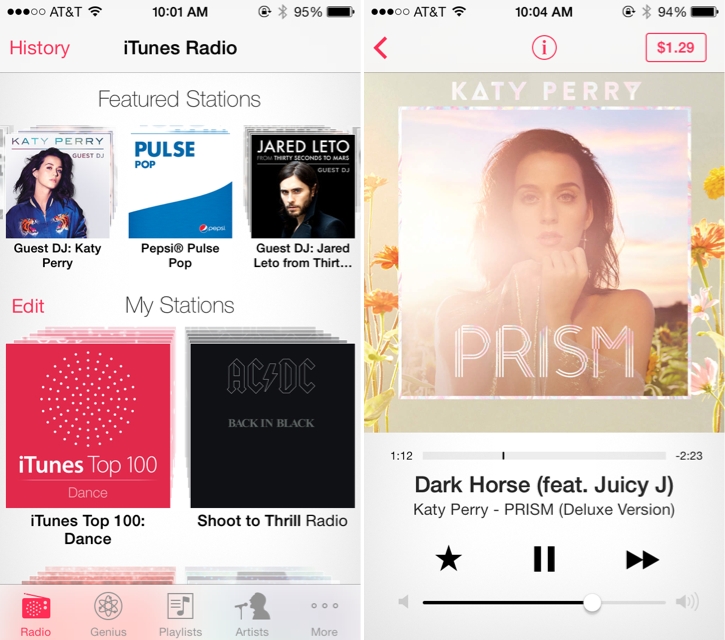 And this entire approach, with the human music curation and the close collaboration with the record labels, is something that Pandora, Rdio and others—who typically use algorithms and user data to guess listener tastes—just can’t compete with.

So will any of this help Apple make an impact on the already crowded streaming music space? Only time will tell.

iTunes Radio is slated to launch in the US (only?) alongside iOS 7 tomorrow. It’s free, with ads of course, and a limited number of skips. But users who opt to pay the $25 per year iTunes Match fee can go ad-free with support for unlimited skipping.