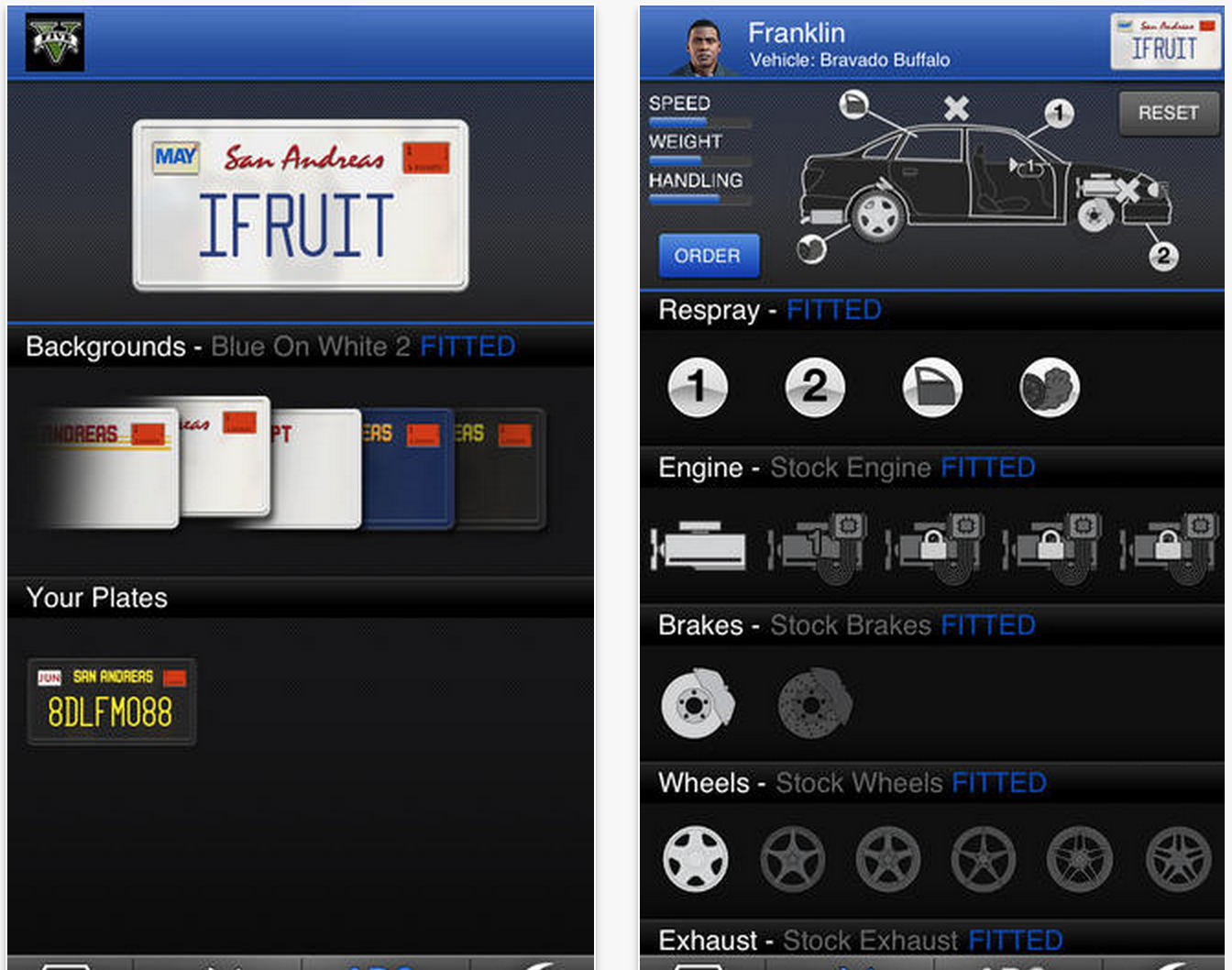 It’s been a long time since I’ve been as excited about a game release as I am about Grand Theft Auto V. Set to go on sale at midnight tonight, the fifth installment in the popular GTA series looks impressive from every angle.

Ahead of tomorrow’s launch, Rockstar has released a companion app today for GTA V called ‘iFruit.’ Available on both the iPad and iPhone, the app offers several useful features like the ability to customize in-game vehicles…

From the App Store description (via Touch Arcade):

Also choose from paint jobs, window tints, smoke colors, wheels, hoods and spoilers. Upgrade your engine, brakes, exhaust, suspension, and accessorize with new lights, horns, tires and body armor. Place your order on-the-go and find it waiting for you in the garage the next time you play Grand Theft Auto V, or send your order in while playing and get a call from your local mechanic to swing by.”

Another element of the app is a virtual pet named ‘Chop the Dog.’ Chop belongs to Franklin, one of the main characters in GTA V, and taking care of him properly on your smartphone or tablet, and you’ll reap in-game benefits.

For those unfamiliar with the game itself, Grand Theft Auto V is one of the most detailed and expansive open-world games ever made. And it’s expected by many experts to be one of the most successful console releases of all time.

Here’s one of the more popular GTA V trailers:

Grand Theft Auto V goes on sale tonight in a number of retail outlets across the globe for $59.99. And once you’ve picked up the game, you can grab the ‘iFruit’ companion app for the iPhone and iPad from the App Store for free.