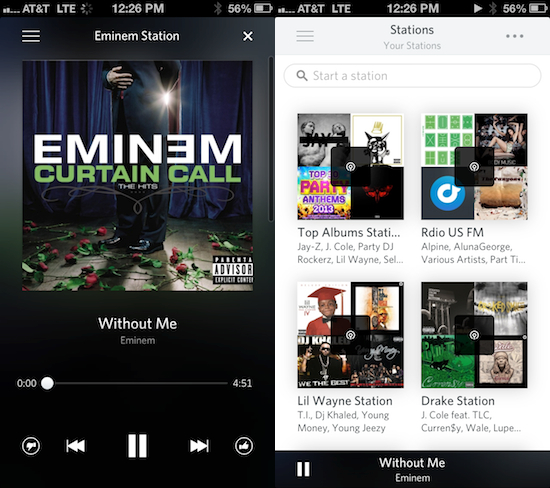 The popular streaming-music startup Rdio, is about to launch a a free, ad-supported music service just as Apple is prepping to flip the switch on iTunes Radio alongside iOS 7 release this Wednesday. According to a report Monday by The New York Times, the Pandora rival has also secured a new, $100 million partnership with radio operator Cumulus, which will also sell advertising for a free version of the service in the United States…

According to the article, Cumulus will give Rdio broad access to its programming and promote Rdio on its stations in exchange for “a significant equity stake” in Rdio’s parent company, Pulser Media.

Cumulus operates some 525 radio stations in the United States.

The deal between Rdio and Cumulus is a trade, with no cash changing hands. Further terms were not disclosed, but the value of Cumulus’s content and services is estimated at more than $100 million.

A typical Rdio subscription costs a few bucks a month and is available in 31 markets around the world. The service lets music lovers listen to songs, build playlists and interact with other users. The entry-level Rdio plan will set you back $4.99 a month for web-only streaming.

Unlimited web and mobile streaming is priced at $9.99, which is similar to Spotify and Pandora.

Notably, Pandora has recently decided to remove a 40-hour monthly cap on mobile listening due to the impending arrival of iTunes Radio.

There is some debate over whether Apple should be worried about this development.

In my view, it’s just business as usual. Apple’s had competition before and its credibility in the music space can’t be overestimated – Apple commands the market for digital music downloads and has been doing so for a decade now.

With the release of iOS 7 this Wednesday which includes iTunes Radio on iOS 7 devices and iTunes-enabled Macs and PCs, Apple will for the first time dip its toes into the streaming-music waters.

The company’s crucial advantage stems from its vertical integration: iTunes Radio is built-in and only a tap away in the stock iOS 7 Music app, whereas similar offerings from Rdio, Pandora, Spotify and others require a separate download and a setup procedure.

Last but not least, iTunes Radio will stream The Beatles music.