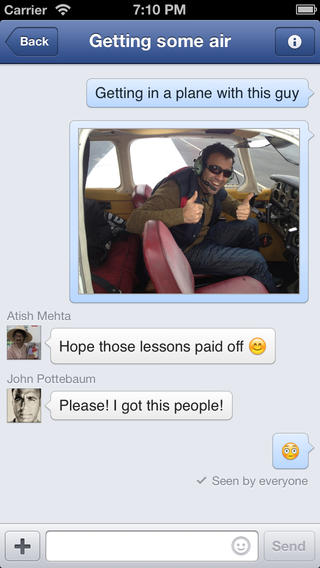 It’s been over a month since we’ve stumbled upon any solid piece of news concerning Facebook’s standalone Messenger iPhone app. Last time we heard, Facebook has added the ability to pick photos from your Instagram albums to send to Messenger friends.

Actually, that was the only major development concerning the software since May 2012. In response to Wednesday’s launch of iOS 7, the social networking giant on Monday pushed an iOS 7-ready version of Messenger with improved scrolling, faster startup times and more…

In addition to some bug fixes, improved scrolling and overall performance improvements, Facebook Messenger 2.7 is now faster to open and lets you switch between messages more quickly.

This release also comes with support for an additional three languages – Hungarian, Slovakian and my native Croatian – bringing the number of localized markets to 25 countries. 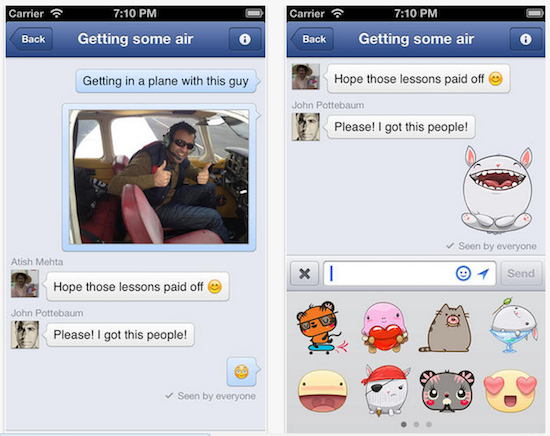 I like the standalone Messenger app: it’s simpler and less bloated versus Facebook’s main iOS client.

I also love that it’s noticeably faster. Instant messaging is my main communications tool and you could imagine I message people a lot on any given day.

That being said, I want my IM app to let me go in – fast – type a quick reply and be done with it. That’s what Facebook Messenger does for you. On the other hand, I’ll be the first to admit that it’s a little bit on the odd side to have two Facebook apps for essentially the same purpose (chatting).

Looking at it from the bright side, this way folks can be logged into two Facebook accounts on their iPhone at the same time (i.e. private and work, or one for a girlfriend and the other for a mistress).

The 22MB download is optimized for the iPhone 5’s taller screen and supports any iPhone, iPod touch or iPad running iOS 5.0 or later.