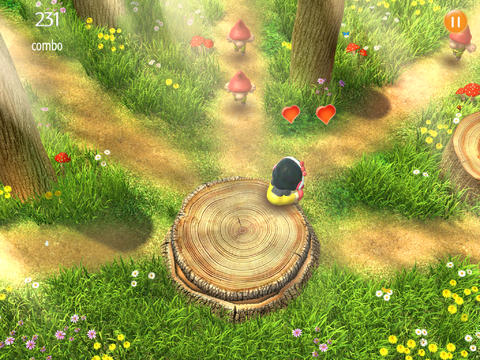 Whenever a sweet indie song comes on the radio, my boyfriend groans and says he feels like he is in an Apple commercial or something. He hates those charming jangly pop songs.

R-Round is a casual arcade game for the iPad that is jam-packed with the cutest, jangliest, catchiest pop tunes you can think of. Plus, it features a unique style of gameplay that is fun for everyone…

Players control an affectionate girl, an adventurous pirate, or a tough titan in a swivel-based beat matching music game. The three different characters each have different ability. The sweet little girl, sitting on a log, blows kisses to knock red-hooded Gnomes to their feet. The Jack Sparrow look-alike pirate uses his skills in magic to make a giant octopus squirm. The Roman soldier will kick down any incoming ninjas with the force of a Spartan. 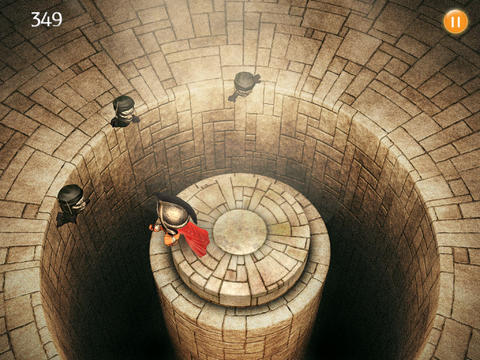 Players use the swiveling base at the center of the screen to turn their hero around. Drag your finger in a circular motion to make the character face his enemies, head on. Move to the beat of the song in order to hit them and knock them off of the screen. The key is timing. This may not look like Dance Dance Revolution, but you get the idea. Swivel your hero around on the screen to the rhythm so that they can blow kisses, shoot magic missiles, and kick the enemy in the face.

The game is powered by Unreal Engine, so the graphics are top-notch. This may not be as fantastical as Infinity Blade III, but your little titan can hold his own in a battle against evil. 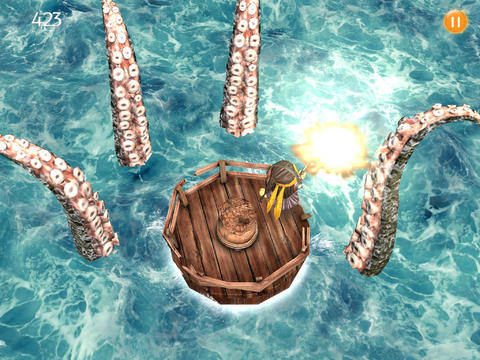 On the developer’s Facebook page, there is a sweet story of how the game was created. A dedicated father and his six-year-old son spent a few hours every day planning and developing the game’s features. Dad would suggest play styles and music and the little tyke would send him back to the drawing board when he didn’t like the results. “Whenever there was a problem, we searched for solutions together. In the process, we encouraged each other and shared our ups and downs. We were very happy.”

R-Round is the result of a year’s worth of one family developing, constructing, and playing video games together. That is just about the sweetest story of an app’s creation that I’ve ever heard.

This game is available for the iPad for $1.99. Download it in the App Store today.