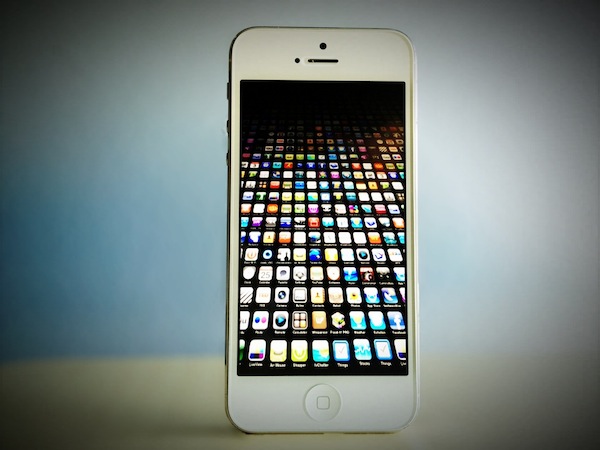 This past weekend saw the last official holiday weekend of the summer. While the sun still beats down on us as we take our evening stroll, the days are definitely getting shorter.

If you need a calendar to keep track of your time, want to pass the time with a casual game, or feel the need to plan a secret invasion, we’ve got a list of apps and games to make your weekend a little more entertaining… 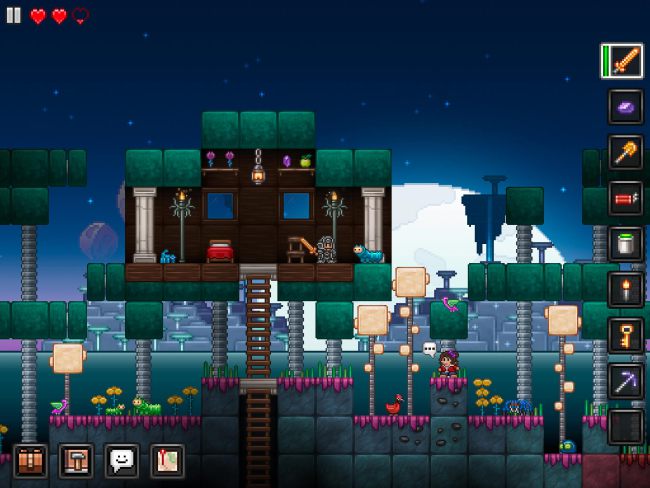 This sandbox platform side-scrolling adventure game hit the App Store with a big splash. Fans of world-building games have been arguing for a week over whether this or Terraria is the better of the two. While they both hold solid ground in the battle for supremacy, it is clear that Jack Junk X is gaining the upper hand thanks to its multiplayer capabilities. You can get together with a friend through online connectivity to help each other build an epic mansion, or have a group of up to four players over local Wi-Fi throw an in-game pixelated party. This game is available for $4.99. 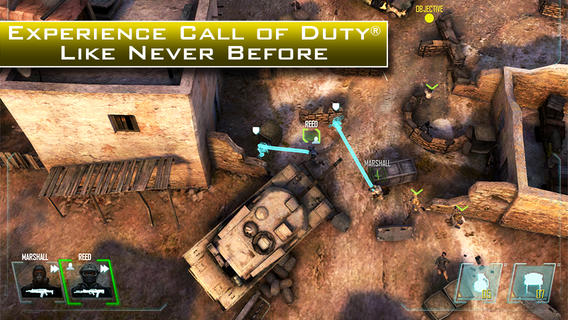 The iOS ecosystem has seen its biggest increase in full-featured gaming during 2013 than any other time since the App Store opened. The Call of Duty franchise is considered the cream of the crop amongst first-person shooter gamers and being able to play the game on a mobile device is practically a dream come true. This new release is set in the Black Ops world, circa 2020. You can switch between first and third-person viewing, customize your squad, and upgrade your armor and weapons. The game includes Campaign mode for single-player action and Survival mode where you can fight off wave after wave of enemy forces. This game is available for $6.99. 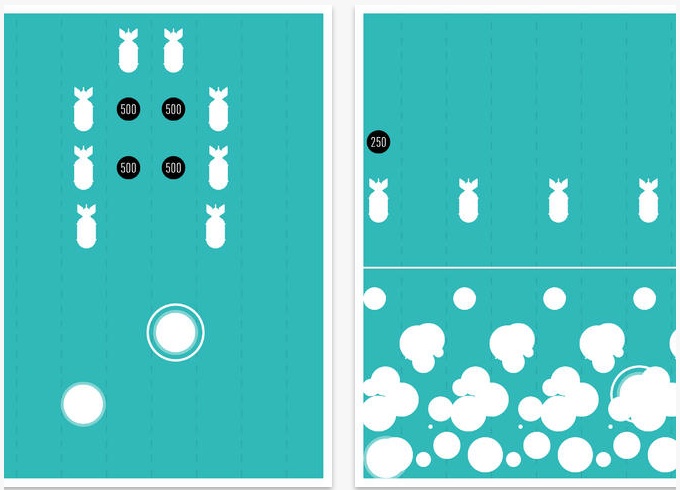 This iPad app is a finger dexterity game that lets you drag your target around on the screen, grabbing points and avoiding bombs. You’ll be maneuvering through a maze of bombs and missiles while protecting yourself with shields and invincibility power ups. It is an endless survival game. You will earn more points the longer you stay alive and a single hit will end your game. You will have to start over from the beginning. If you stay alive long enough, you’ll be rewarded with additional targets to collect more points with. It is sort of like getting extra balls in a game of pinball. This game is available for the iPad for $1.99. 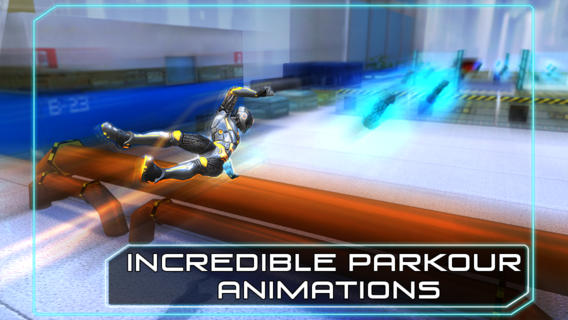 Speaking of endless games, this Tron-themed endless runner has made a name for itself in the App Store. It mixes a little bit of Agent Dash with a little bit of Iron Man: The Official Game. Players run, jump, and soar from one building to the next. This game uses unique Parkour-style free running moves so that you aren’t always seeing the back of your runner’s head. As you run for your life, collect battery cells, and power cores to upgrade your armor and abilities so you can better outmaneuver mines, pipes and plasma turrets. This game is available for free. 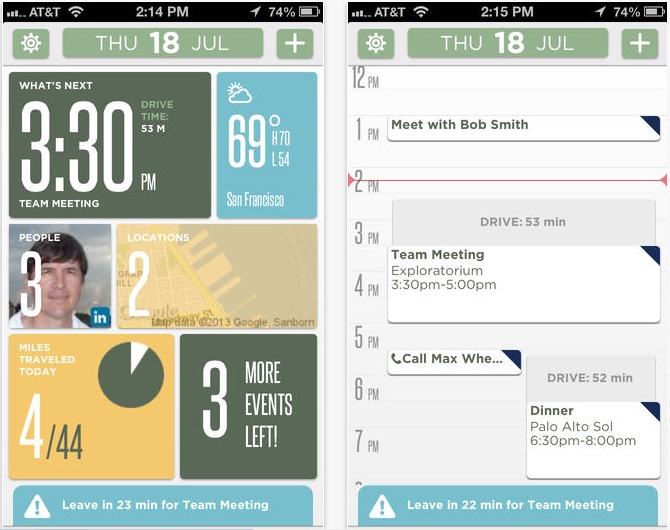 This week’s Apps of the Week list is very heavy on games. For our readers that don’t like having fun, we’ve added this cool calendar app to appease your grown up-ness. This app connects with all of your various calendars to keep you from overbooking yourself while making your daily chores easier to keep track of. It calculates drive time to appointments, sends you reminder alerts, and uses adaptive learning to assign locations to regular meetings. Use it to make and join conference calls. Connect it to your LinkedIn and Evernote accounts for quick access to clients and documents needed for meetings. This app is available for free. 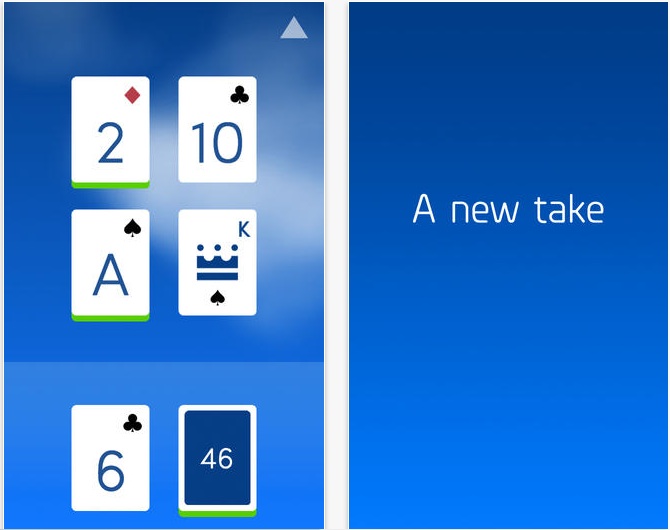 “Solitaire?” you ask. Well, yes and no. This simple game of solo card play includes the basics of the classic Solitaire, but also includes three additional modes. In Single mode, you’ll be playing against a 52-card deck, in Endless mode, you’ll play till you lose, and go for the highest score in Kings mode. The design is iOS 7 ready as the cards are nice and flat and the colors are vibrant and eye-catching. There are 10 different themes to chose from to give you multiple looks for a different game every time. This game is available for $0.99. 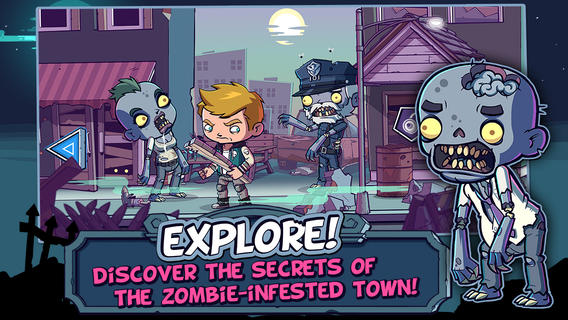 Man. Don’t you just hate it when the living dead find their way into your house and start munching on your loved ones? The only thing that makes you feel better is bashing their rotting brains in with a baseball bat. In Zombies Ate My Friends, you get to do just that. Create and customize your character with hundreds of different items, including weapons, clothes, and armor. Clear your home of the undead infestation and then hit the pavement to find loot, supplies, and more. The levels are expansive, letting you explore the town’s restaurants, apartments, and stores. This game is available for free.