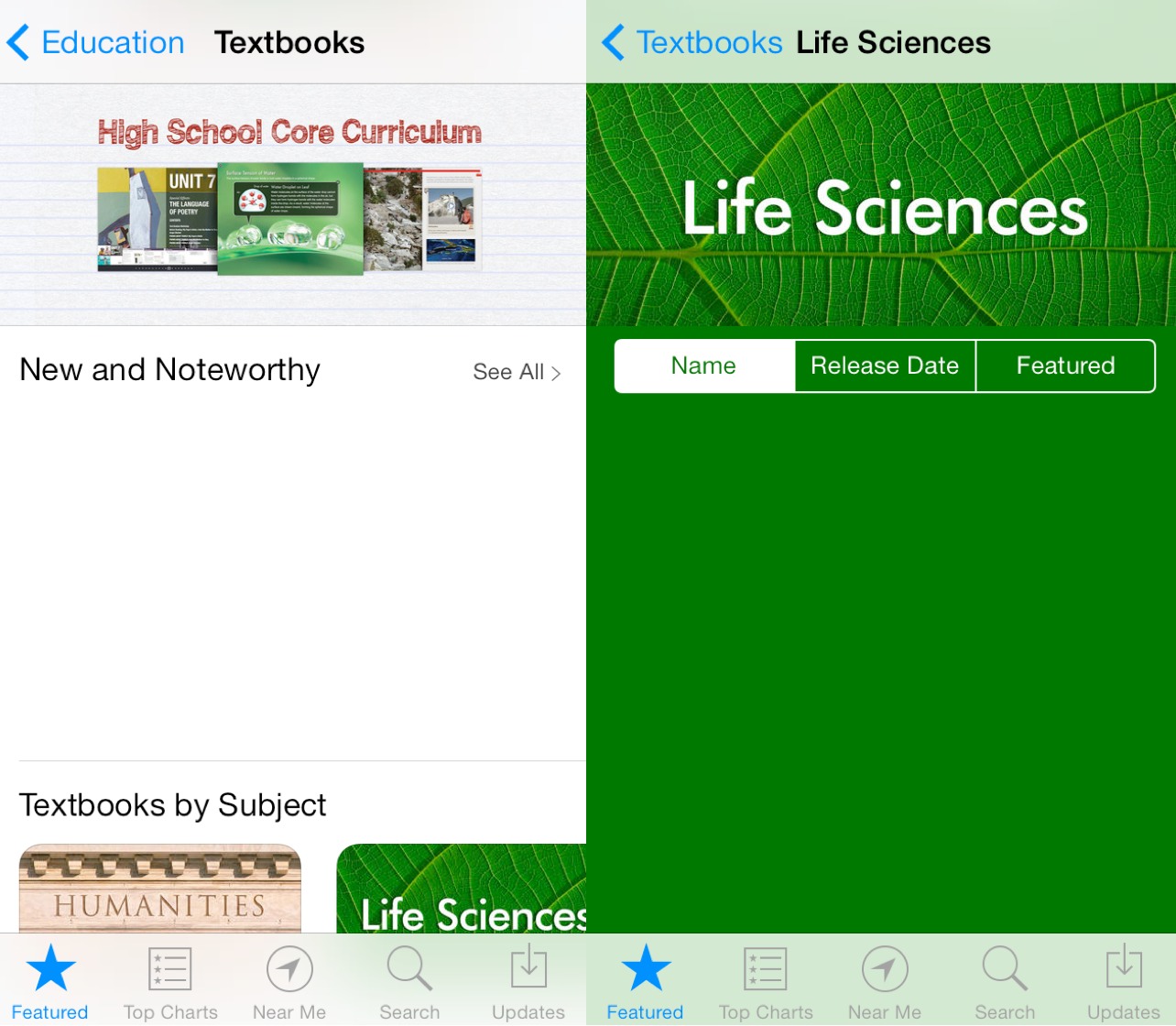 Apple’s iBookstore is great, especially if you’re an iOS device owner. I’m a heavy reader so I always keep a few e-books on my devices to read whenever I have some free time. As part of Steve Jobs’s dream to reinvent the education, Apple at January 2012’s media event in New York City unveiled interactive Textbooks, a whole new kind of textbook experience.

Having bought a few since, I can safely proclaim interactive digital textbooks the future of education – as in, I wish I were a school kid now. Unfortunately, Textbooks work only on iPads as smaller form-factor iDevices are not supported. Over the past few days, several solid pieces of evidence suggested that iBooks Textbooks are coming to the iPhone and iPod touch.

Mark Gurman of 9to5Mac points us to a brand new iBooks Textbooks category found under the Education category of the iOS 7 App Store for the iPhone. As seen on the screenshot top of post, the category isn’t fully functional, but it does include item artwork optimized for the size of the iPhone’s display.

The development arrives just as MacWorld yesterday discovered that the wording on iBooks Textbook pages on iTunes has adjusted to note that users “must have an iOS device with iBooks 3.0 or later” to enjoy Textbooks.

Previously, the message explicitly stated that Textbooks were compatible with iPads only. 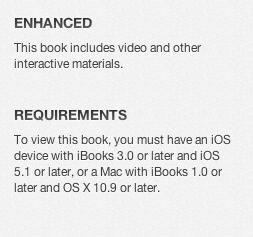 This book requires iBooks 1.3.1 or later and iOS 4.3.3 or later. Books can only be viewed using iBooks on an iPad, iPhone (3G or later), or iPod touch (2nd generation or later).

You’d be hard-pressed to attribute the change in wording to a server glitch – Apple is obviously making necessary preparations ahead of the upcoming iPhone 5S/5C keynote.

That said, we’re expecting the iPhone/iPod touch compatibility for iBooks Textbooks to make a nice bullet point for one of Phil Schiller’s slides.

This is actually pretty exciting news. 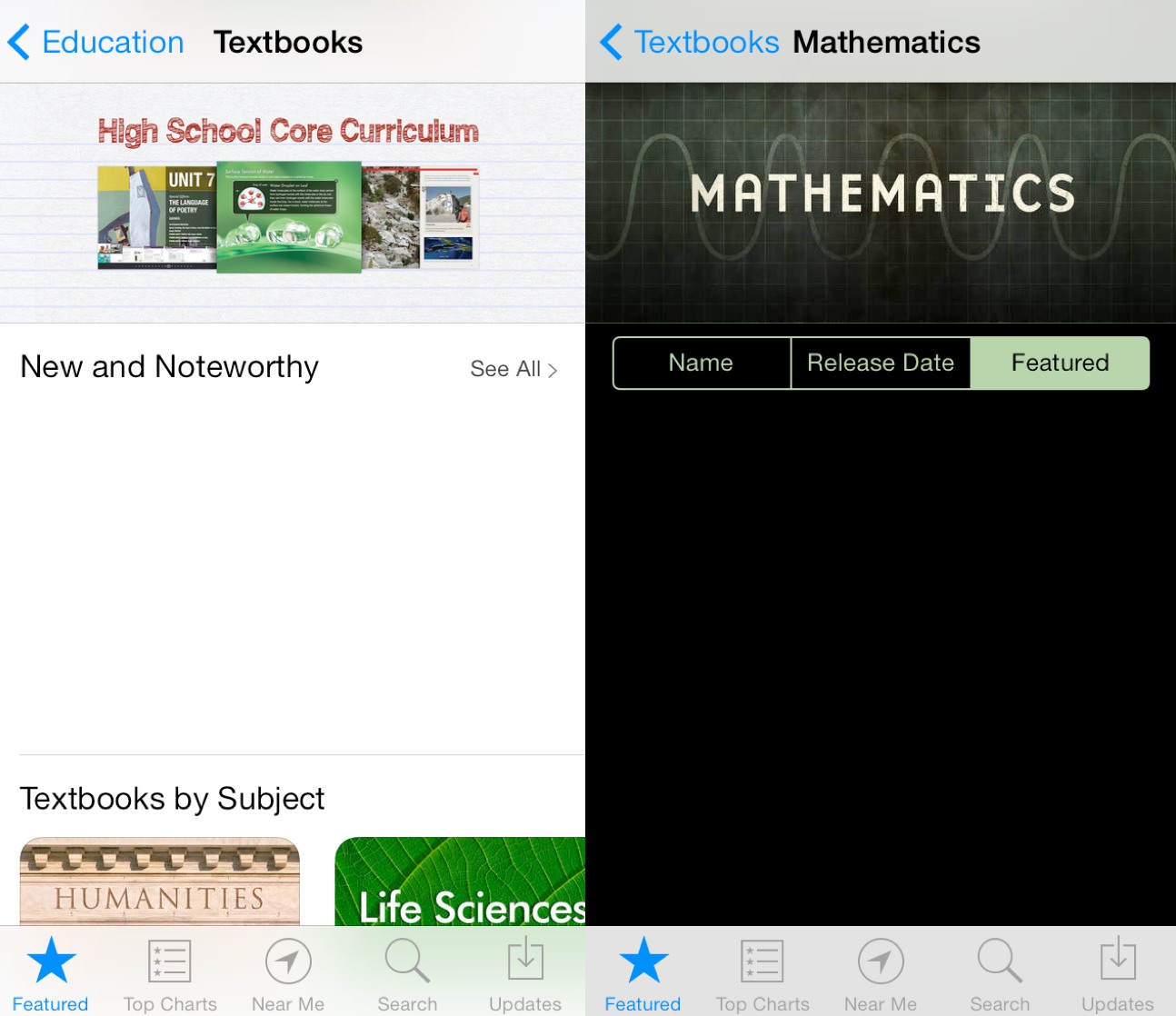 I wanted to check it out on my iPhone in between writing posts, which made me realize just what  hindrance the iPad-only requirement really is. With the 1,136-by-640 pixel resolution Retina display on the iPhone 4/4S/5 and fourth and fifth-gen iPod touch, there’s no reason why iBooks Textbooks should work on these devices. 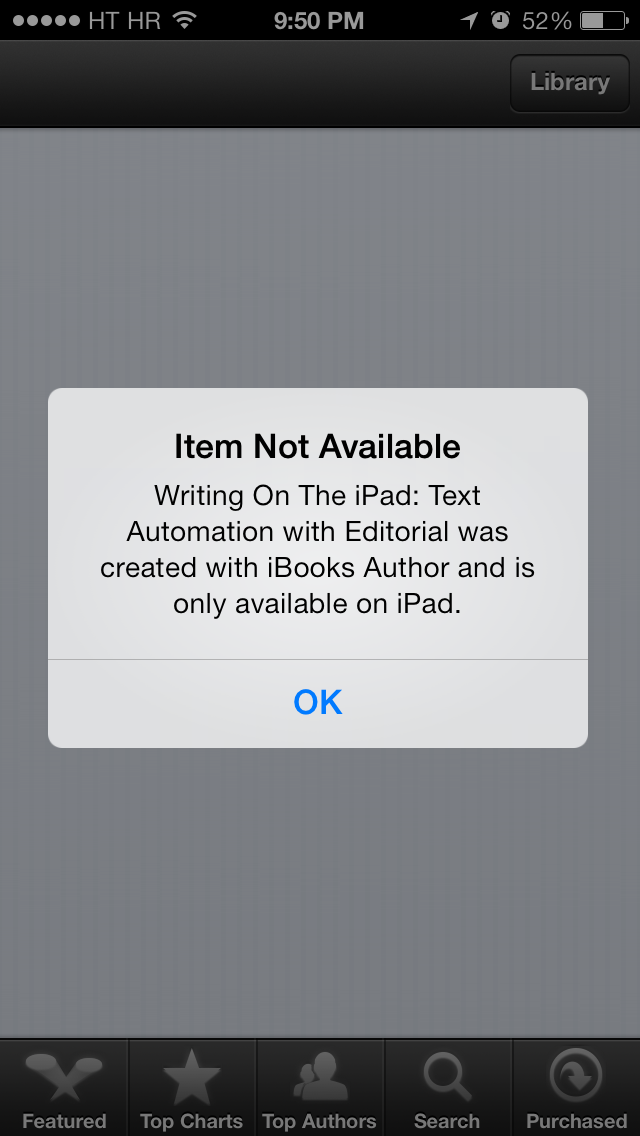 This mode allows interactive elements to float alongside the text and current iPhones certainly pack in enough oomph to render video and other interactive content and reflow the layout from portrait to landscape, and vice versa.

Is iPhone compatibility for interactive iBooks Textbooks important to you?