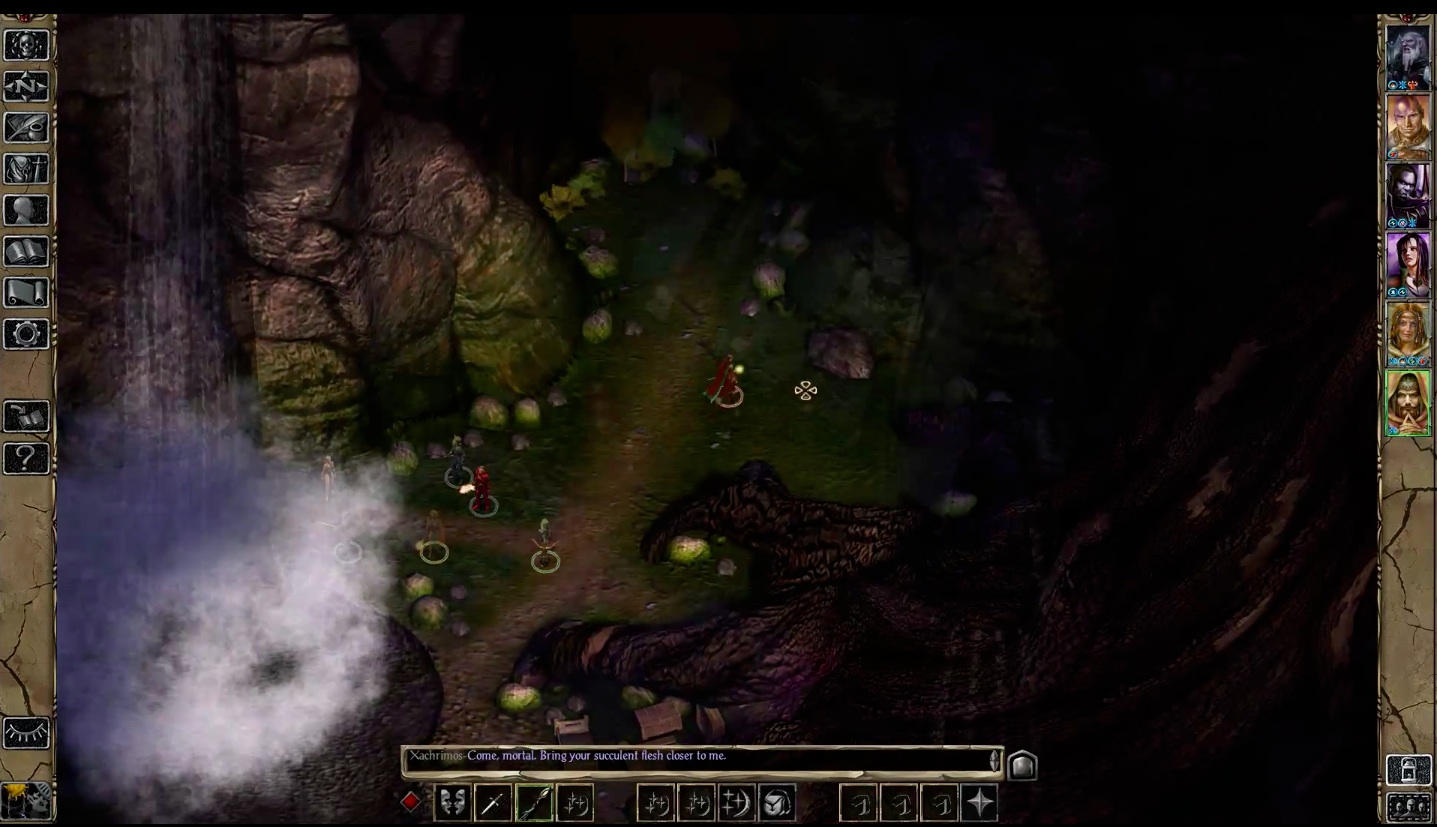 The game was yanked from the App Store a few months later due to a number of contractual issues with published Beamdog. It has since returned to the App Store as those problems had been resolved in a mutually satisfactory manner and now we’re hearing that the official sequel, Baldur’s Gate II: Enhanced Edition, will launch on the iPhone and Android later this year…

The revamped Windows and Mac edition is set to re-launch on November 15, 2013.

Some notable features, by Beamdog.

• The Final Chapter – Baldur’s Gate II: Enhanced Edition includes Baldur’s Gate II: Shadows of Amn and Baldur’s Gate II: Throne of Bhaal, the epic conclusion of the Bhaalspawn saga.
• Four New Party Members – Bundled with the PC and Mac versions and available as DLC for iPad and Android, four new characters can join you on your journey. At the behest of his dark patron, Dorn Il-Khan plunders and defiles the Sword Coast. Hunted by Red Wizards, Neera the Wild Mage evades and disrupts the Thayans at every turn. Exercising his growing combat mastery, the monk Rasaad yn Bashir leaves his former allies to hunt the dark figure that corrupted his brother. A mysterious thief in service to mysterious master seeks powerful artifacts from across the globe. Recruit them, use their powers, and uncover over 30 new locations.
• The Black Pits 2: Gladiators of Thay – Explore the tactical depth of high-level Dungeons & Dragons combat. Undermine your captors and prey upon their weaknesses while you dodge traps and battle for your life against Demi-Liches, Mind Flayers, and Githyanki.
• Easy Multiplayer – Baldur’s Gate II: Enhanced Edition makes it easy to find, list, and join multiplayer games, even while behind a firewall.

According to YouTube description, the iPad and Android versions “are coming soon,” probably shortly following the Windows/Mac release.

AppAdvice has learned that Baldur’s Gate II: Enhanced Edition will require iOS 5.1 or later and will take up a whopping two and a half gigabytes of storage on your device.