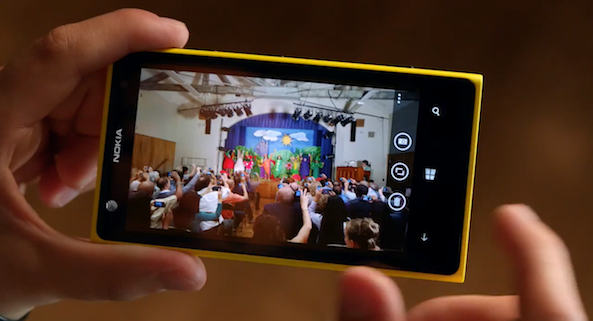 My how the tables have turned. Five years ago Apple was running its ‘I’m a Mac’ ads, attacking the perceived weaknesses of PCs running Microsoft’s Windows software. And now we have Microsoft making ads that attack Apple products.

The Redmond company’s latest in a series of Cupertino-bashing commercials pits the 41MP camera of Nokia’s Lumia 1020 against that on the iPhone 5. And as you can imagine, the spot paints iPhone users in a not-so-favorable light…

It actually looks very similar to Microsoft’s ‘Don’t Fight’ commercial it aired earlier this year, in that it shows both iPhone and Android users trading insults as they struggle to take photos. But here, the iPhone appears to be the bigger target.

The Windows phone you see at the end of the video is Nokia’s recently-introduced Lumia 1020. It has a number of high-end features, but the handset is particularly well-known for its 41-megapixel camera and its powerful 6x digital zoom.

While I’ve long thought Microsoft’s Surface v. iPad ads are terrible, I think this one serves it’s purpose. The acting is a little over-the-top, but it gets the point across that the Lumia 1020’s camera is much better than the competition. And it is.

Here’s hoping Apple does something about that next month.