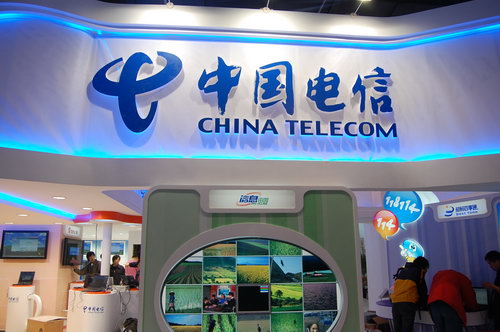 It’s believed that with strong competition from Samsung and other handset makers, the iPhone isn’t as big of a draw for consumers as it once was. Some carriers have even stopped offering the phone, figuring it’s no longer worth the hassle.

But ask providers like T-Mobile or China Telecom, and it’s a completely different story. T-Mobile just posted its strongest consumer growth in 4 years last quarter on the back of its iPhone launch, and China Telecom is seeing similar results…

Net income rose 21 percent to 5.52 billion yuan ($902 million) in the second quarter, from 4.55 billion yuan a year earlier, the Beijing-based company said in a statement today. That beat the 5.25 billion-yuan average of five analyst estimates compiled by Bloomberg.”

China Telecom first inked its iPhone distribution agreement with Apple last February, with hopes that the deal would help it achieve long-term sustainable growth. And looking at its stats over the past two quarters, it seems to be working.

Apple’s popular handset is helping drive incredible 3G numbers. In the second quarter, the Chinese carrier added 9.26 million 3G users, bringing it to 87.3 million. That represents half of its total wireless subscriber base of 174.5 million.

China Telecom is ranked as China’s third-largest wireless provider—tenth-largest in the world—and remains a major partner for Apple. It’s believed Tim Cook met with the carrier’s president during his recent July visit to the country.