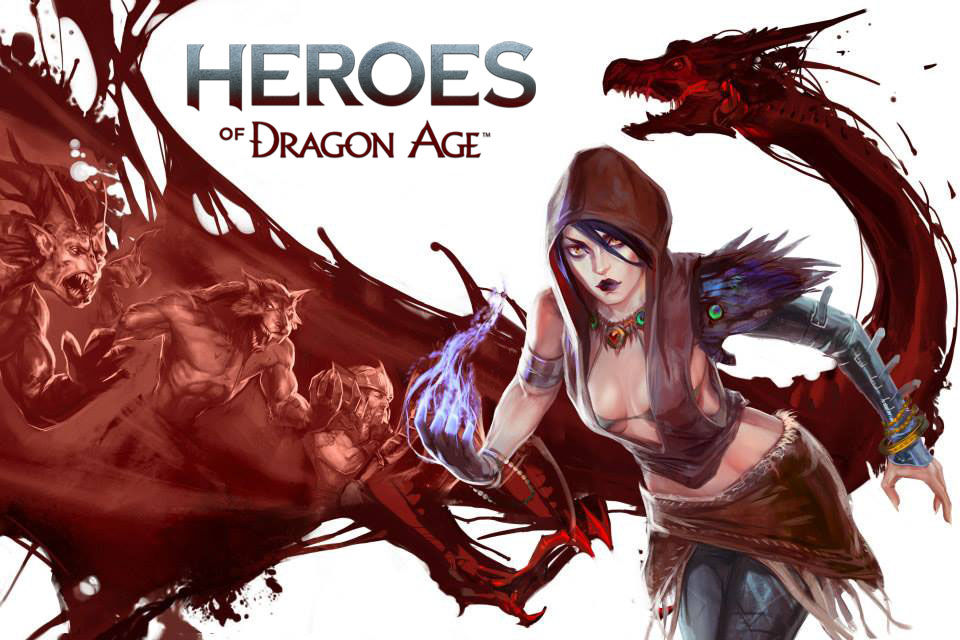 Role-playing games are seemingly becoming all the rage on mobile. Following last December’s release of BioWare’s Baldur’s Gate: Enhanced Edition and Guild Software’s MMORPG Vendetta Online launch earlier in the year, some of the biggest names in gaming have taken notice of the trend.

For example, Wizards of the Coast just announced the impending release of Arena Of War for the iPhone, iPad and Android devices, their first D&D mobile game set in the fabled Forgotten Realms universe.

Not content with sitting on the sidelines and watching others monetize RPG fans, publisher Electronic Arts has tapped developer BioWare to deliver Heroes of Dragon Age, basically a combat-focused spinoff of the famous Dragon Age series…

We all like CCGs, RPGs, and squad-based tactics games, but they can be a little niche. The idea for Heroes of Dragon Age was to take those ideas and make them more strategic.

We set out to make an accessible strategy RPG that takes full advantage of the Dragon Age universe’s cool characters and locations.

Dragon Age will feature more than a hundred unique and upgradeable characters with four different factions to choose from. Each character will have four potential evolutions or variations and more will be added via content updates, including those from the upcoming Dragon Age: Inquisition console release.

The game mechanics focuses on the planning stage where you construct your team and pick its placement ahead of time as the battles play out automatically.

“You might want to keep multiple squads on hand that are optimized to take down specific types of opponents, for example,” Valdares noted.

Though a freemium title, Dragon Age won’t be pay-to-win.

“Everything is available just through playing – nothing is locked off,” Valdares says. Of course, players who spend money on upgrades will be able to increase their odds of getting rare characters.

Electronic Arts first tested the freemium waters with February’s release of Real Racing 3. Furthermore, the company is going to deploy the freemium concept across its mobile FIFA titles just as it’s done with Plants vs Zombies 2.

The super publisher made the case for free-to-play by announcing earlier today that its freemium Plants vs. Zombies 2 has been download sixteen million times since its App Store debut last Thursday.

Dragon Age is coming to iOS and Android this Fall.

To stay in the loop, keep tabs on the official Facebook page.