While it seems all but certain that Apple is going to launch a redesigned fifth gen iPad this fall, the fate of the iPad mini isn’t quite so clear. Reports thus far have been split between the tablet having and not having a Retina display.

Well this morning we’re adding another one to the ‘having’ pile. Well-known market research firm IHS iSuppli reports that the new mini will indeed have a high resolution screen, and that production volumes are on par with 2012…

“Production of displays for the expected high-resolution version of the iPad Mini is at levels similar to last year’s launch of the first-generation iPad Mini, IHS iSuppli told CNET.

“Based [what] we are seeing in the [production] pipeline…The volumes are similar to the iPad Mini that we saw in Q4 of last year,” said Vinita Jakhanwal, director of mobile & emerging displays at IHS iSuppli, referring to display production.”

Admittedly, reports in recent weeks have been leaning towards the iPad mini featuring a Retina display, with both Bloomberg and The Wall Street Journal echoing the sentiment earlier this month with scoops from independent sources. 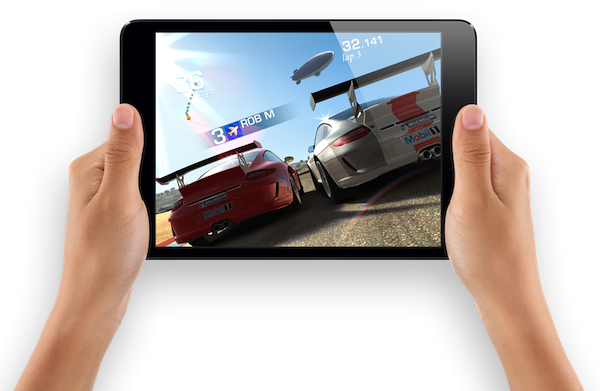 If true, the Retina display of the new iPad Mini is expected to have a resolution of 2,048×1,536—the same as the current 9.7-inch iPad 4. Because the display is smaller, however, the pixel density will increase from 264 ppi to 324 ppi.

The original iPad mini launched last November to mostly-glowing reviews, with the exception of its underwhelming display. But it looks like Apple has worked that out in round 2. We expect to see the tablet launch sometime this fall.