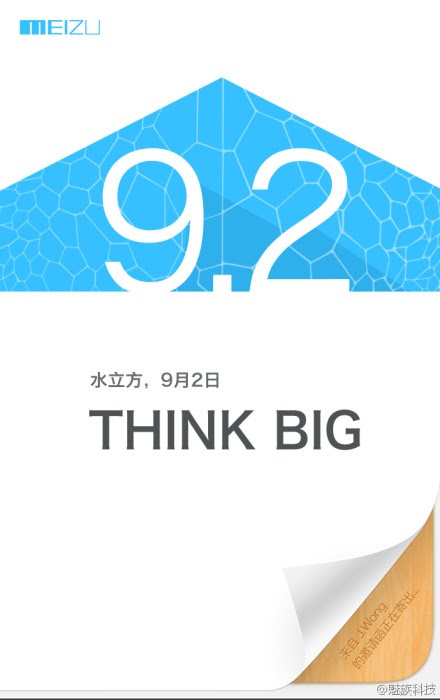 China’s handset maker Meizu has made a name for itself by mimicking Apple aesthetics with its inexpensive yet nicely spec’d MX handsets.

With local brands such as Huawei, ZTE and Xiaomi halving Apple’s market share in the important 1.33 billion people market, Meizu is hoping to steal spotlight from Apple’s upcoming September 10 iPhone event by scheduling a major media event of its own on September 2.

The company is apparently gearing up to introduce the third-generation MX handset, the MX3. If a series of leaked press shots and the ‘Think Big’ tagline are anything to go by, the phablet will be a crossover between HTC’s One V and Apple’s iPhone. And as per usual, Meizu shouldn’t disappoint in the hardware and design departments…

As noted by AndroidCommunity, Meizu’s September 2 event has been confirmed on the company’s official Sina Weibo account.

With a massive full HD 1,920-by-1,080 pixel resolution screen measuring 5.1 inches diagonally, this thing is a phablet. As a bonus, it’s going to have a LED-illuminated Home button and an ultra-thin bezel.

The front looks a bit familiar, especially the top section. 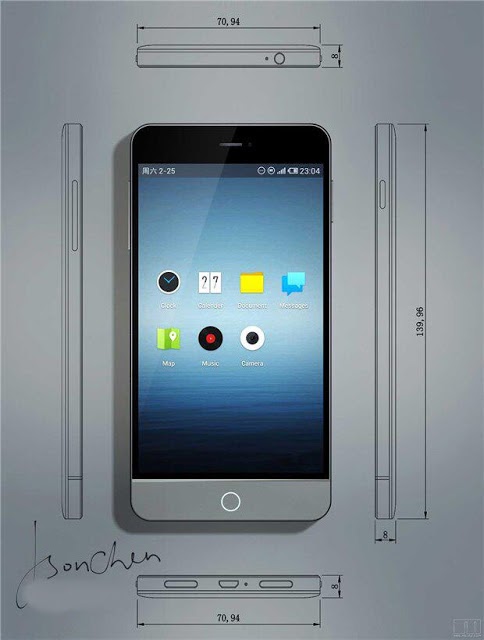 Wait, the back is also familiar (hint: HTC). 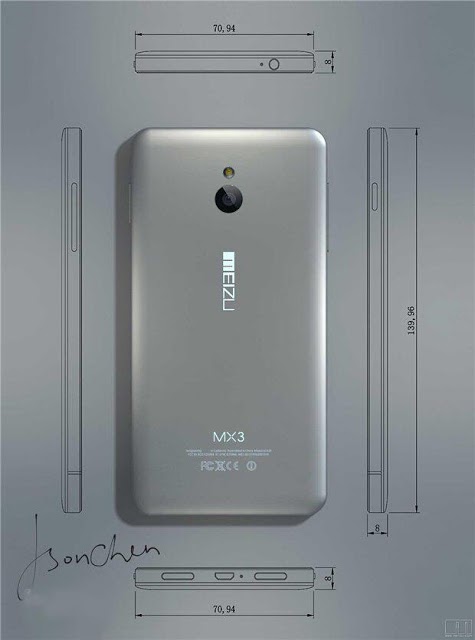 On the hardware front, the MX3 packs in Samsung’s Exynos 5 Octa Processor with 2GB of RAM and includes a 13-megapixel camera. For what it’s worth, watchers expect Apple’s iPhone 5S upgrade to include a thirteen-megapixel iSight camera with dual-LED flash for improved night shooting.

You’re unlikely to see the MX3 sold internationally, however. Its predecessors, the MX2 and MX1, were also sold in the Chinese market only. That’s little consolation to Apple’s iPhone which has been under tremendous pressure lately from both Samsung on the high-end and China’s local brands on the mid and low-end.

With that in mind, priced aggressively, Meizu’s high-end handset stands a chance at banking on the global popularity of smartphones while undercutting Apple in the huge and predominantly price-sensitive Chinese market.

By the way, isn’t it high time Apple offered a 128GB iPhone?

By the way, it’s going to be a busy September.

Not only do we have Samsung unveiling its Galaxy Gear smartwatch and a third-generation Note tablet on September 4, but Tech Crunch Disrupt and Intel Developer Forum will both overlap with Apple’s press conference.