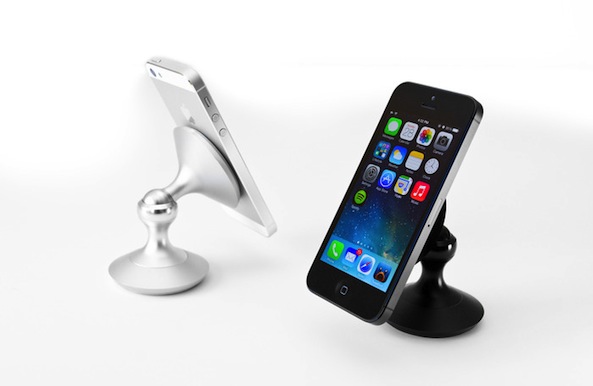 I don’t currently use an in-vehicle mount for my iPhone. I’ve tried a few before, but each time I was more than disappointed with their build quality. But if I was going to try one again, I’d probably look for something like the eleMount.

The eleMount is a CNC machined all-aluminum mount for smartphones and tablets that looks like it was crafted by Apple itself. The best part, though, is that it doesn’t use suction cups or clamps for mounting; it uses polyurethane pads… 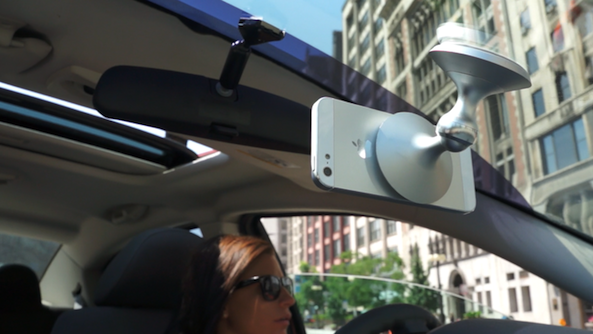 The accessory comes in both black and silver, and is made of aluminum. It measures 90mm x 61.5mm and features a ball and socket joint for 360-degree viewing, as well as two polyurethane pads—one for your device and one for the surface.

You can mount the eleMount on almost any surface, including glass, so it’s perfecting for taking in the car. The company says that it supports a “very wide range of devices,” regardless of size, and it has a 1/4″ 20 thread for attaching to tripods.

Unfortunately, the eleMount isn’t available for purchase yet. It’s still in Kickstarter land, and the project still has 51 days to go before it’s funded. The good news is, though, that it will be funded, because it’s already quadrupled its $10,000 goal.

If you’re interested in one, you can still get on the pre-order list with a pledge of $60 or more. The project will end on Friday, October 4, and the company is hoping to start shipping (free in the US) the first round of eleMounts by December.