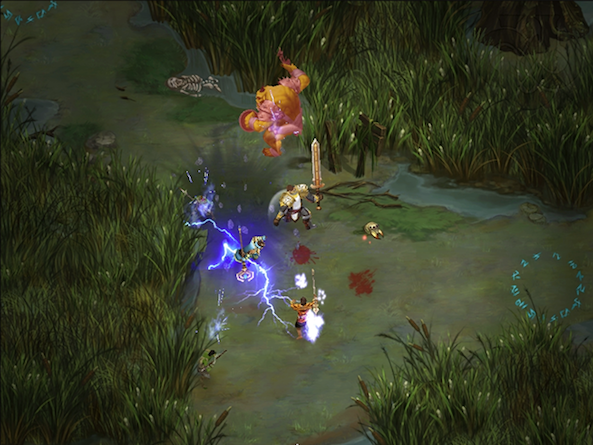 In the early 1980s, the Ultima series began. Fans of sorcery and adventure were transported to another land to fight dragons, loot dungeons, and become the hero of a world under attack from an evil wizard.

Nearly a dozen follow-up games were released in the Ultima series, but fans haven’t seen or heard a squeak for over a decade. Today, fans of the original Ultima Forever campaign can play a modernized version that follows the early storyline, but offers a completely new look…

Players start in the World of Britannia after being called to arms by Lady British. You will be killing monsters, questing for experience and gold, fighting in group dungeons, and meeting real-life players in town squares.

You will be able to pick your character based on answering questions about your personality that the Gypsy asks you. For example, you may end up playing as a saint or rogue.

You can level up your character from 1-15 while gathering items that are common, uncommon, rare, and legendary when they drop from enemies you destroy. There are plenty of in-game items to discover, like tarot cards, armor, and more.

You will explore the World of Britannia by completing quests, killing monsters, and solving puzzles.

This game is more than just an adventure game, it is a massive multiplayer online game that lets you interact with hundreds of other players in different towns. You can team up with friends for four-player dungeon crawls. You will be able to unlock new combat abilities and learn different fighting tactics when teamed up with others. 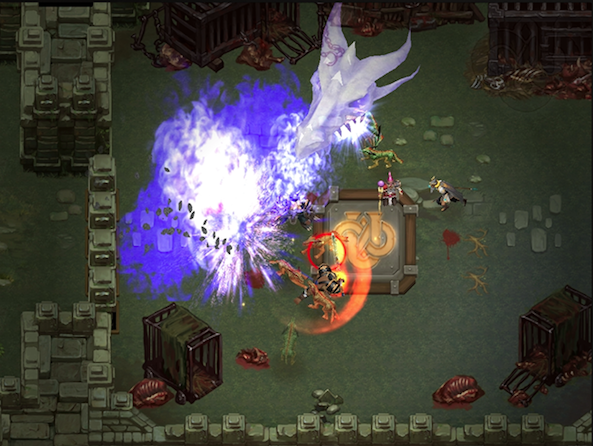 Bosses are more than just big bad guys. You will be required to defend yourself against multistage attacks as they morph and change while you fight.

As the game progresses, your character will learn the eight virtues by completing quests and earning reputation points.

The game is universal and can be saved through your Facebook account so you can pick up and play from where you left off on any device. Unfortunately, it is not currently supported by iCloud, so the only way to access your game on a different device is through Facebook.

This game is fairly large. You will need at least 2GB of free space in order to download it onto your iOS device. It is compatible with the iPhone 4 or higher, third-generation iPad and higher, and fourth-generation iPod touch and higher. Minimum software requirements are iOS 5.0 and higher.

Download it for free in the App Store today.