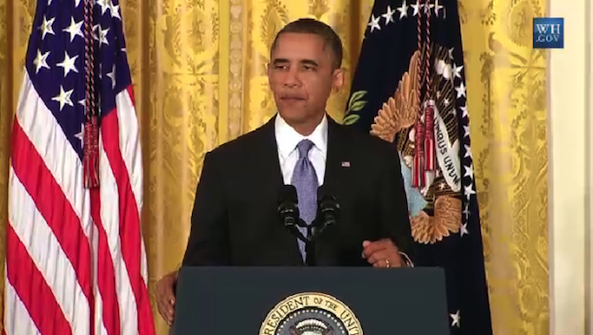 Following a series of meetings with tech executives a government leaders this week, President Obama held a press conference this morning to describe his plan to assuage concerns among Americans and foreigners regarding the legality of US surveillance activities.

During his speech, the President said that the surveillance programs in use by government agencies right now are “operating in a way that prevents abuse.” But the question for his administration, he posed, is how does it make “American people more comfortable?”

So he outlined the following four initiatives…

As transcribed by CNET:

These initiatives—particularly the third one—should appease Apple and a number of other tech companies, who formed an alliance last month in an effort to push for greater government transparency on its surveillance strategies and the information it’s collected. 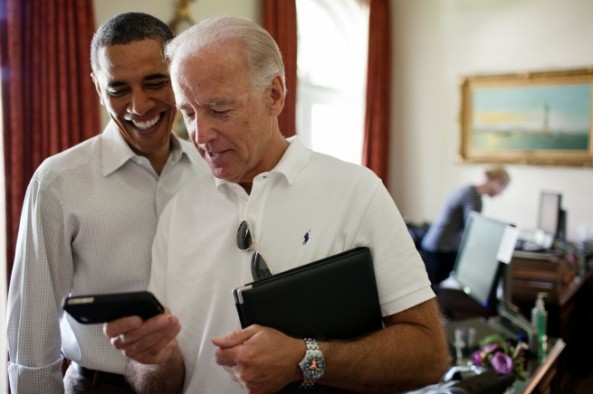 In fact, today’s press conference comes after the President reportedly met with Tim Cook and several other high level executives for a closed-door meeting on Thursday to discuss surveillance and related topics. So it’s likely they were able to weigh in on the approach.

iDB has followed this situation with great interest over the past three months because Apple was named as one of the 9 companies that are allegedly participating in a program that gives the government unrestricted access to private user information without a warrant.

Apple has denied the claims, and has promised to be more open in the future about the information requests it receives. And Obama’s plan should help them with that.

What do you think of Obama’s 4 initiatives? Do they make you feel any better about the whole surveillance thing?