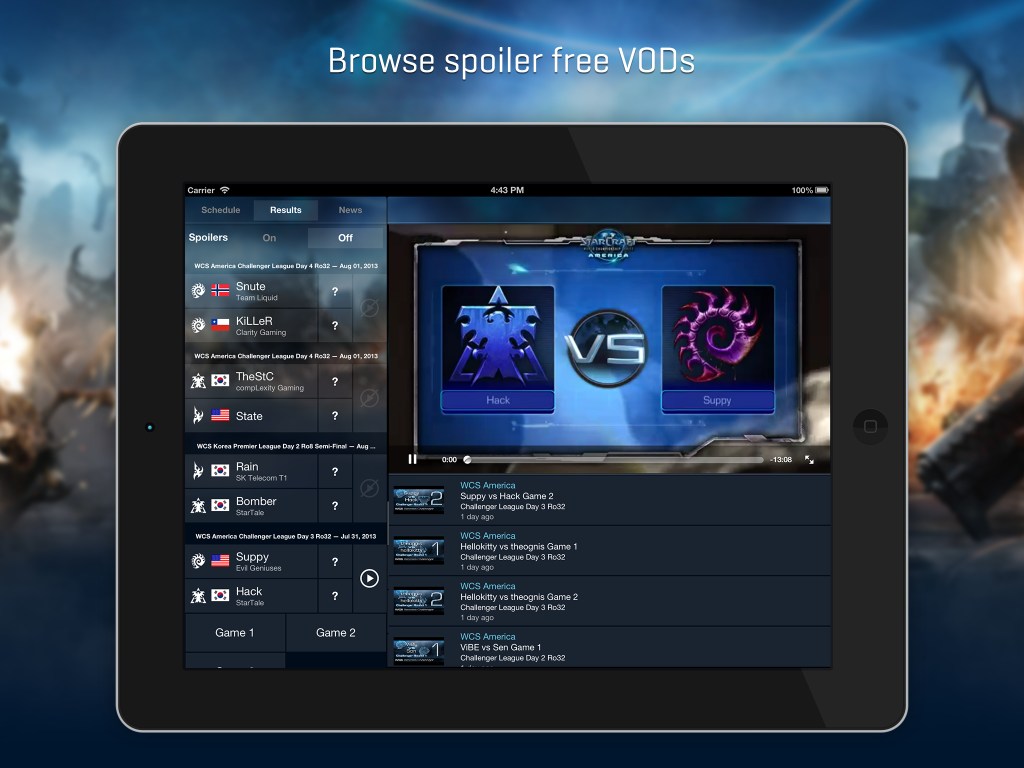 Blizzard, the maker of the award-winning Starcraft and Diablo series, has released a new iPhone and iPad app, called Blizzard WCS. As the name suggests, it’s basically a client designed to allow for live streaming of the StarCraft II World Championship Series (WCS). If you can’t make it to the WCS, the app will “keep you updated, informed, and entertained all the way through the Global Finals of the World Championship Series and beyond,” Blizzard promises…

According to Blizzard, the app supports both live streaming of the official WCS eSports competitions and on-demand videos of recent matches. 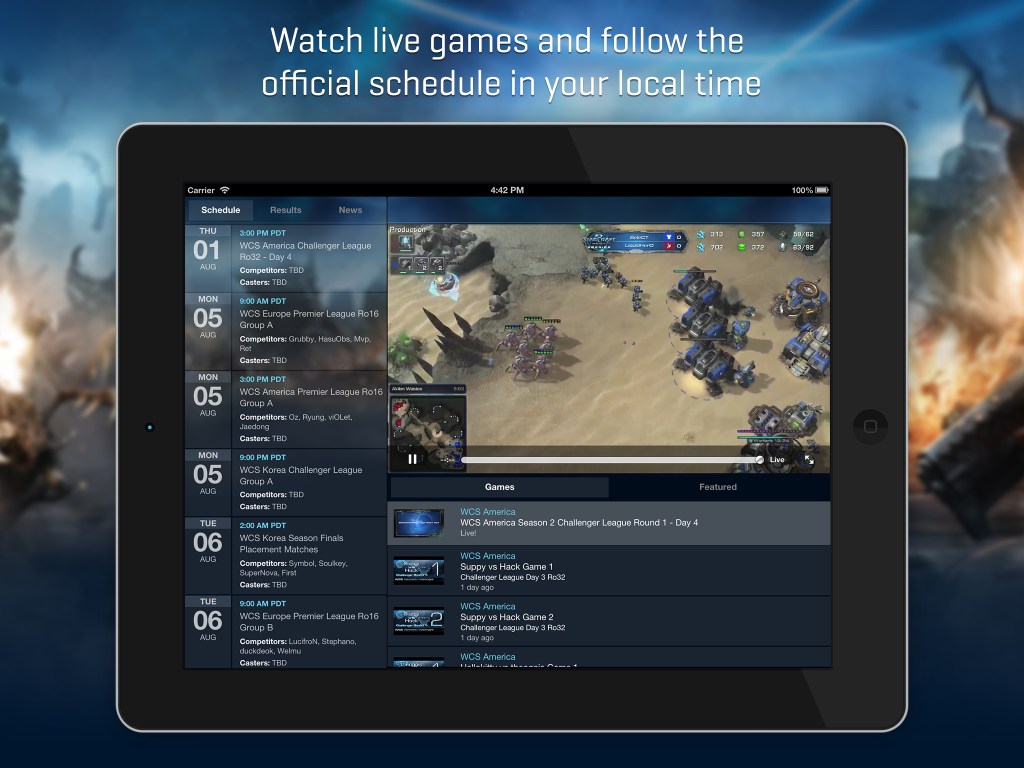 • get all of the latest news and updates on players, teams, schedules and events.
• stream video to a nearby TV via Airplay.
• instantly share updates on your social networks.
• set reminders for upcoming WCS action.
• go “spoiler-free” when it comes to final scores.

Check out the WCS promo below.

The universal binary is free on the App Store.