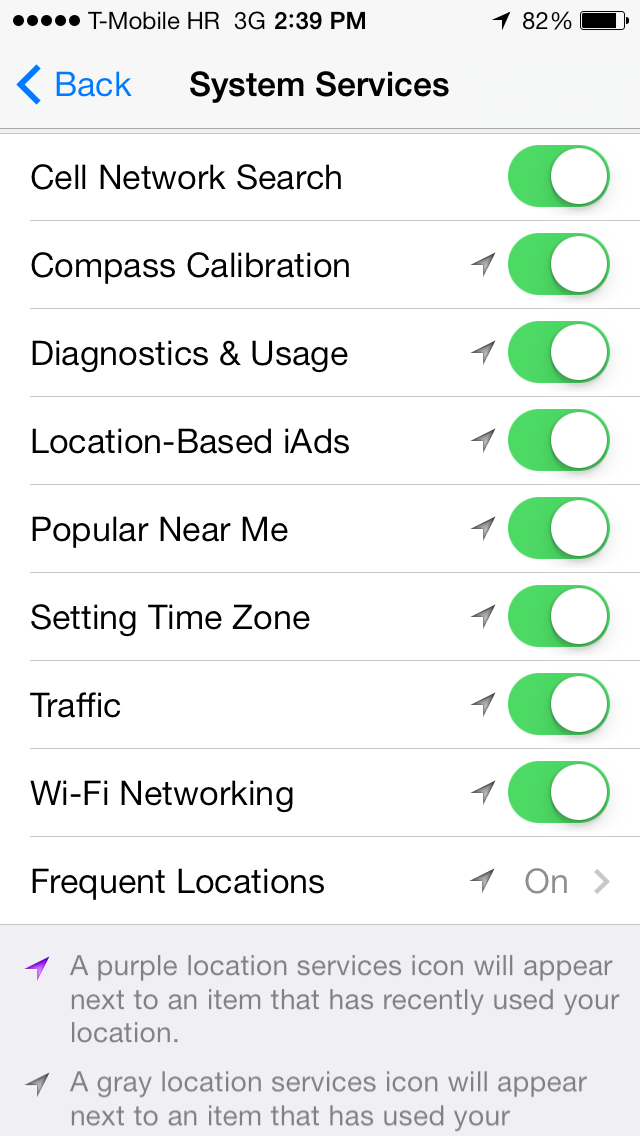 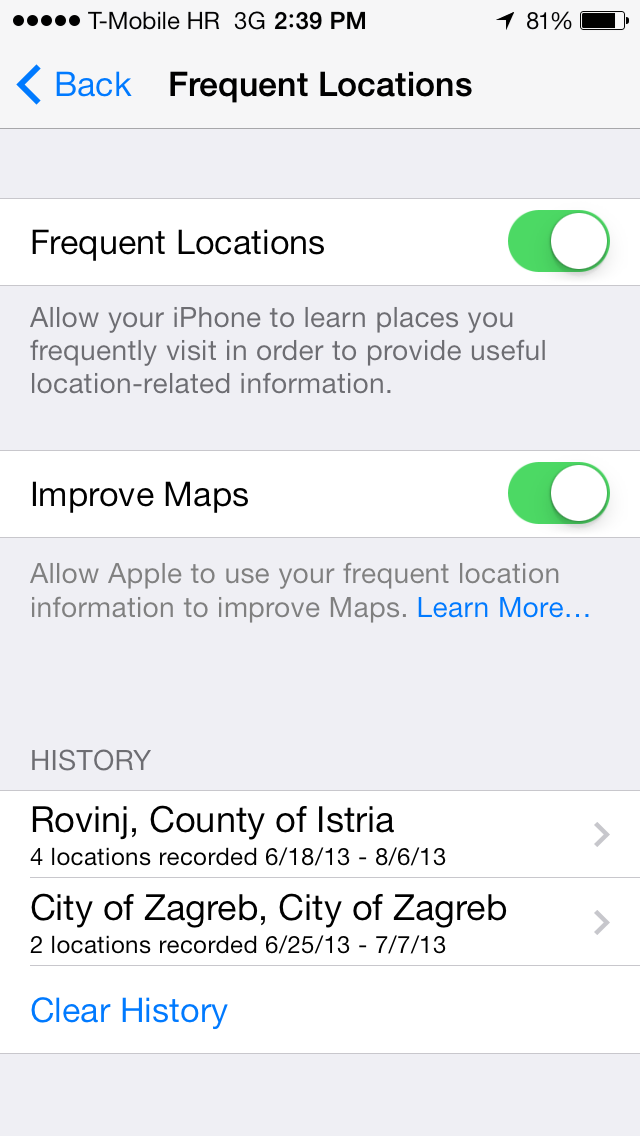 Apple’s iOS 7 upgrade, when it lands this Fall, will allow users to opt-in to mapping where they’ve been since installing the software, how many times and for how long. The Frequent Locations feature, which first appeared in iOS 7 Beta, is found in Settings. When enabled, it permits iOS devices to use GPS coordinates of the places you frequently visit, Apple explains.

The opt-in, consumer-facing feature is provided for the purposes of improving Maps (and other location-based products and services), providing useful location-related information and letting you check out a handy map history of the places you’ve visited. Here’s what you need to know about Frequent Locations in iOS 7…

If you want, you can opt-in separately to allow Apple to use your frequent location information to improve Maps. For users installing iOS 7 from scratch after a reset or restoring from a backup, Apple offers the option of enabling Frequent Locations and Improve Maps as part of the iOS 7 setup procedure.

According to Apple (emphasis mine):

Your iPhone will keep track of places you have recently been, as well as how often and when you visited them, in order to learn places that are significant to you.

This data is kept solely on your device and will not be sent to Apple without your consent. It will be used to provide you with personalized services, such as predictive traffic routing.

Choosing Improve Maps gives Apple the permission to correlate coordinates obtained through Location Services with the street address associated with your Apple ID to help improve Maps and other Apple location-based products and services.

Turning on Frequent Locations enables Apple to “better approximate the geographic location of that and other addresses,” the company explains. In other words, iOS 7 can tell you exactly when you left your house today, how long you’ve been at work and what restaurants you frequent most.

You can change your address on file using Apple’s My Apple ID web page.

It’s worth reminding everyone Apple is already collecting your location information if you have Location Services turned on in Settings (below). 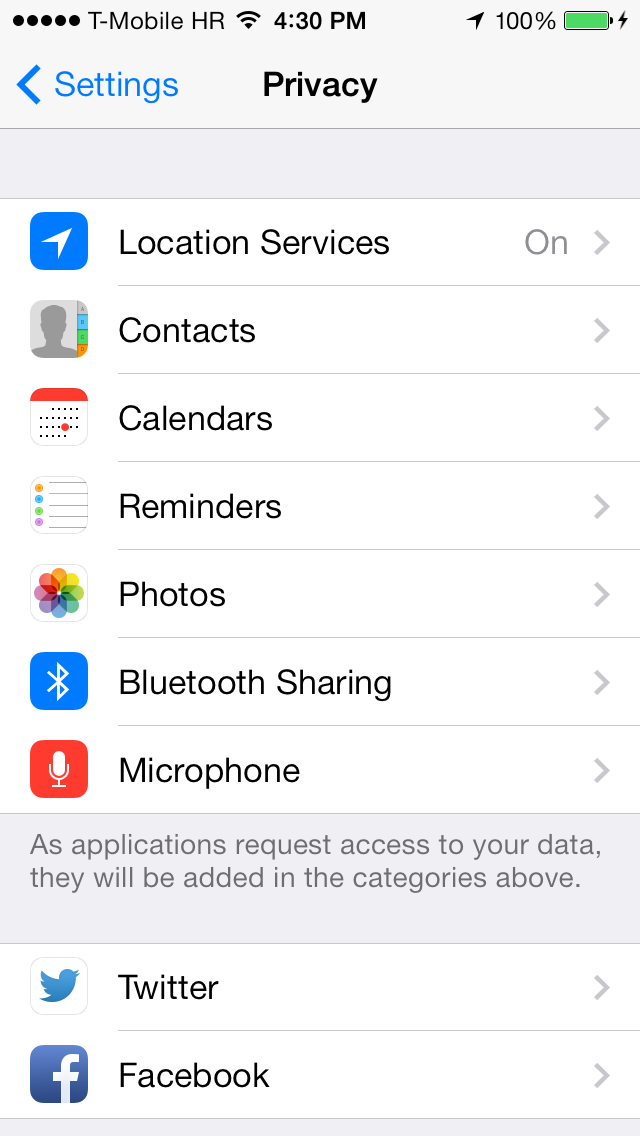 As has been the case before, the geographical coordinates Apple collects are kept on the device in an anonymous form. As seen on a pair of screenies top of post, you can easily wipe out your location history cache by tapping Clear History in the Frequent Locations section of Settings.

And this is what the new location history interface looks like. 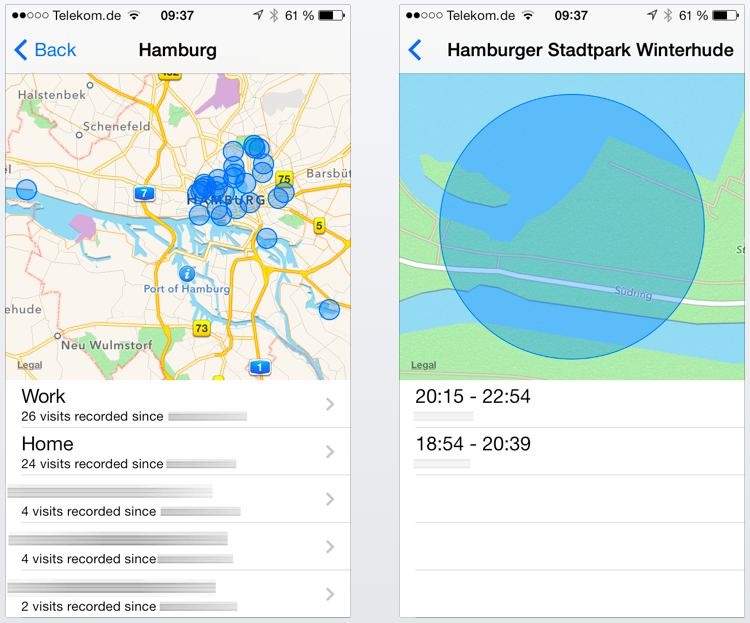 In addition to these newly added controls and the location history interface, the existing Privacy controls with granular location toggles in Settings provide additional control over which apps can access your location information (see below). 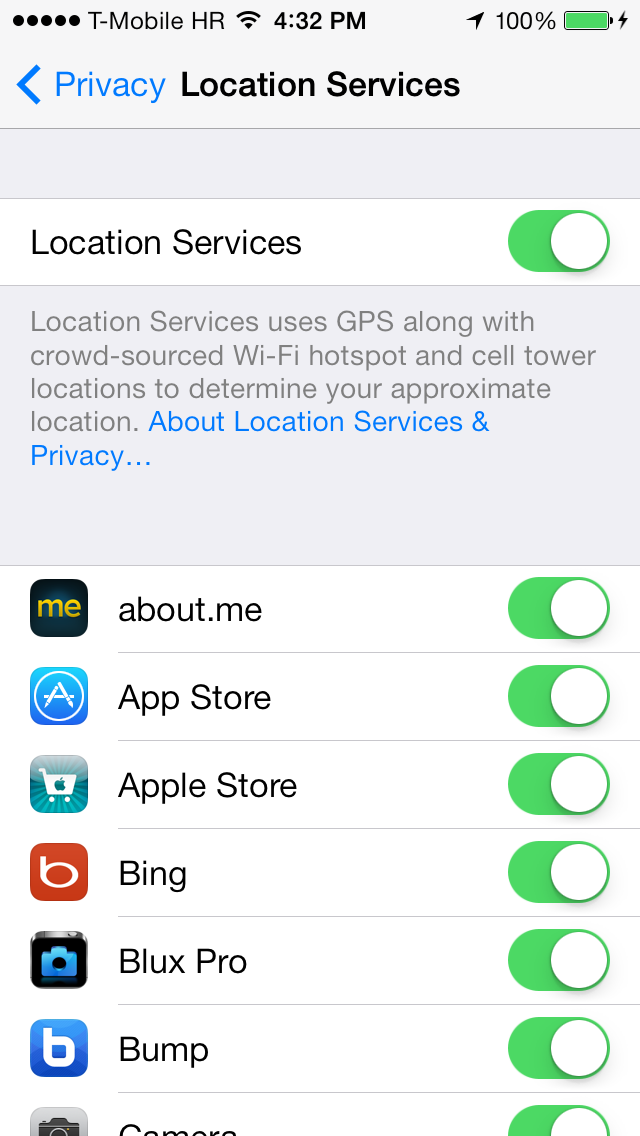 Unfortunately, irresponsible, inaccurate and sensationalist reporting on the web concerning Frequent Locations seeks to manufacture another Locationgate where there’s none, potentially scaring ordinary users away, as Rene Ritchie who runs iMore pointed out in his piece titled ‘Internet Already Worried About iOS 7 Location Tracking, Fails To Learn From History’.

German website Protecus first explained how Frequent Locations in iOS 7 work without any of the ridiculous assumptions. The scare blew up into a meme after Charlie Warzel posted a piece titled ‘This Is What It Looks Like When Your Phone Tracks Your Every Move’ on BuzzFeed.

After enabling Frequent Locations, Warzel discovered his device recorded “a rather spotty but still somewhat astounding record” of his movements over the past six weeks.

The information isn’t always accurate, nor is it comprehensive — for instance, I’ve never been to a U.S. Army recruiting office, it just happens to be near my office — but for some locations, like my apartment, the records are accurate down to the hours and minutes I’ve spent there.

Apple confirmed to BuzzFeed that Frequent Locations is a consumer feature for iOS 7 and not a developer-only setting.

For what it’s worth, Warzel wraps up his piece by summarizing how making Frequent Locations easily available and nicely laid out is actually a “refreshing sign of transparency from Apple, but it’s also a difficult reminder of how comprehensive and invasive our data trail can be”.

In reality, mapping a history of the locations you’ve frequented in the past is simply an extension of the location gathering opt-in the iPhone has had for years. In the interest of transparency, Apple has opted to add a nice interface for browsing your location history in iOS 7, which can only be a good thing. 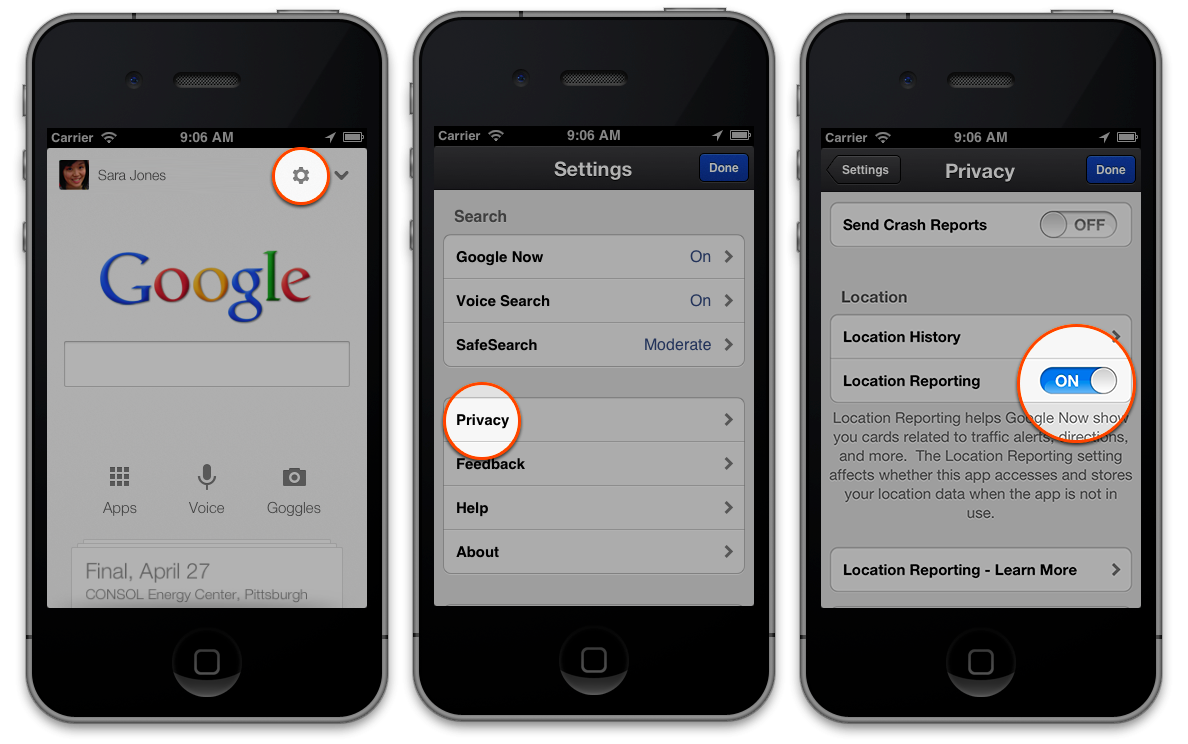 Android’s been capturing users GPS location and recording it on Google’s servers for quite some time. On top of that, mobile apps and mapping tools increasingly track our movements, with our consent.

For instance, Google Now on Android and iOS (pictured above) relies on your location data in order to serve relevant, contextual and timely reminders about your upcoming activities, schedule and events around you.

Again, Frequent Locations is a consumer-facing, opt-in feature in iOS 7.

With that in mind, any notion that Apple is tracking your location without permission is patently false, regardless of what you read on the web.

Which brings me to my question: will you be enabling Frequent Locations in iOS 7?