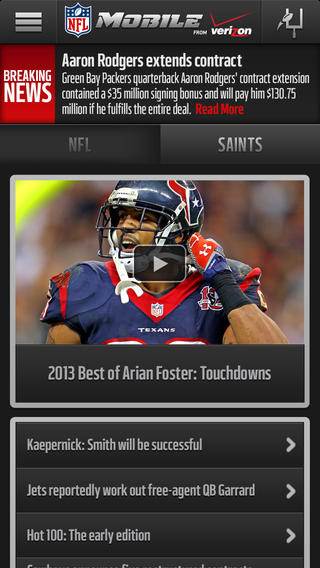 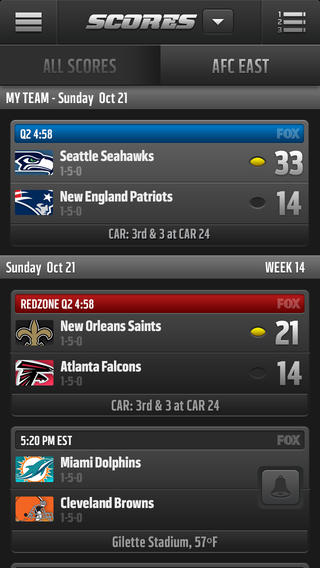 As first noted by AllThingsD, The National Football League has updated its iOS software for the upcoming NFL season. Among other changes, the official NFL Mobile 8.0 app boasts a revamped appearance, with stats and data updated for the 2013-14 season. As the new version now combines two previously standalone apps, one from the NFL itself and the other by Verizon, it comes with a premium streaming feature – but only if you’re a Verizon iPhone owner.

Jailbreakers should proceed with caution as the new app isn’t supported on jailbroken devices. If you’re into professional American football, you’re probably aware that the 2013 NFL regular season opens Thursday, September 5 (the Baltimore Ravens are playing against the Broncos in Denver). I’ve included more details about the new NFL Mobile 8.0 app after the break…

Peter Kafka writing on the AllThingsD blog notes that people watching a live NFL game on their device are “dealing directly with the league instead of going through Verizon, even though Verizon retains control of NFL mobile rights”. 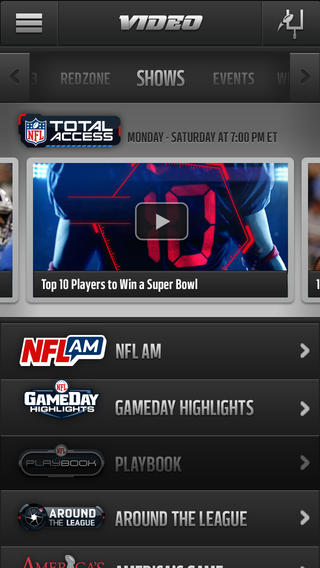 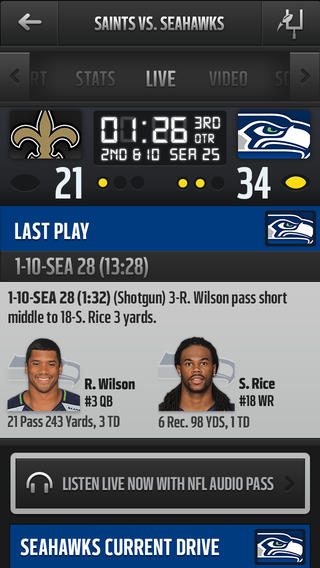 In addition to on-demand video, the app includes updated player and team scores and statistics for the 2013-14 season, custom alerts for team highlights, game start time, injuries, entry into the red zone and scoring plays.

Another notable change: SessionM mPOINTS have been removed from NFL Mobile 8.0, but can be redeemed via other SessionM applications.

Interestingly enough, iTunes mentions the app is “not supported on jailbroken devices”.

NFL Mobile 8.0 can be download free from the App Store.

The software is also available on Android, Windows and BlackBerry.