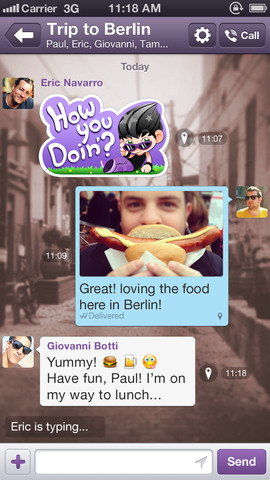 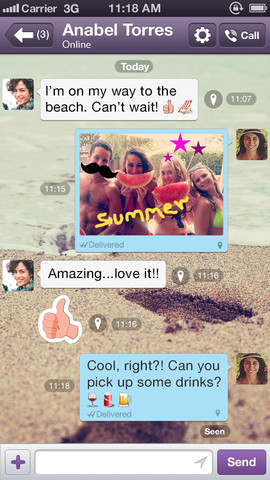 In addition to fun new emoticons and a new ‘Seen’ status that lets you know when your messages have been seen, Viber version 3.1 features expanded support for the Viber Desktop application on Windows and Mac.

If you have the desktop app on your Mac or Windows PC, you can can now seamlessly transfer a call in progress from your iPhone to your desktop. There are other improvements in this Viber update as well, mentioned right after the break…

In keeping with the latest trends, Viber for Mac earlier in the month gained the popular stickers that first surfaced in the iPhone edition last December. The new Viber for iOS builds on this trend with an interesting new feature which allows you to easily adorn your images with doodles or paint.

As you can see on a pair of screenies top of post, both built-in stickers (left) and doodles (right) liven up your exchange with friends and are available free across mobile platforms. The desktop Viber edition wasn’t updated with doodles at the time of this writing. 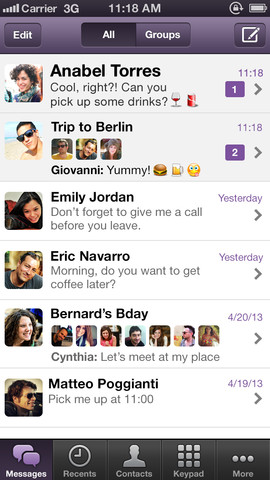 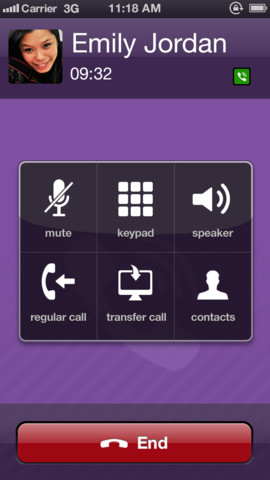 Viber doesn’t cost a dime and is available via the App Store.