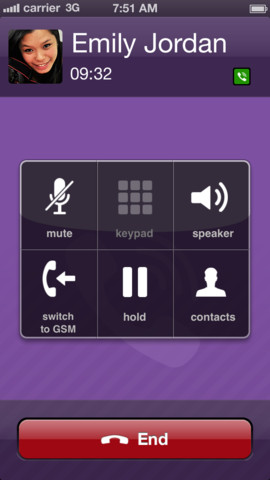 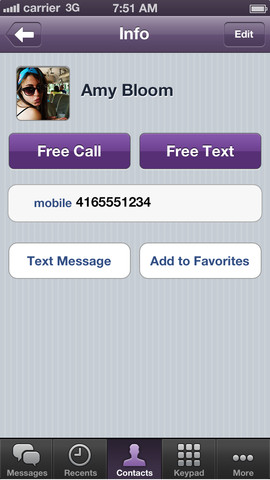 Viber, the popular IM and VoIP software for smartphones, joins a rash of holiday updates by releasing a new version of its iPhone and iPod touch client. Viber version 3.2, now available free from the App Store, makes text messaging more fun by giving you the ability to share stickers with friends and enrich your communication with emoticons. Also new is the enhanced group messaging feature supporting group conversations with up to 40 participants. You can also share locations in messages and the app is now optimized for the iPhone 5’s taller display and plays nicely with iOS 6…

The team has revamped the experience with a cleaner interface and various sounds. 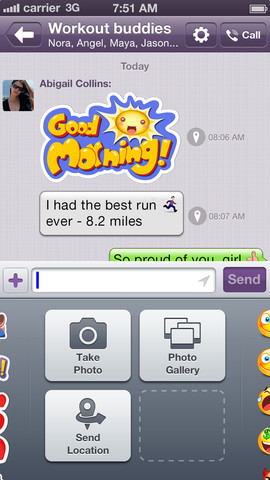 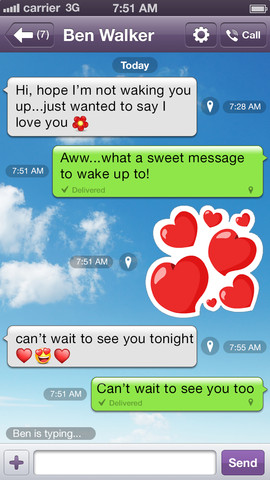 To use locations or emoticons in your messages, simply tap the plus sign on the left side of the message entry field. This invokes a swipeable panel with options to take a photo, add an existing image from your Camera Roll, send a custom location (which launches an embedded map view) or add emoticons.

Emoticons are accessed by swiping left or right on the panel and then up and down to scroll through a visual list of dozens of emoticons.

– Share stickers with friends, making text messaging fun
– Include emoticons in text messages
– Send locations as messages
– Enhanced messaging experience with new interface and sounds
– Connect with your friends in group conversations of up to 40 participants
– Optimized design for iPhone5 and iOS6, including new keypad

Viber is provided free of charge and is compatible with the iPhone and iPod touch running iOS 4.3 or later. While the app is optimized for the iPhone 5, iPads are not supported natively yet.

Android fans can download Viber 2.3 with the aforementioned enhancements from Google’s Play Store.

Viber was released last December by a small Israeli startup, growing quickly to become the de facto #1 free multi-platform messaging client. Its chief rival is the equally popular WhatsApp software which, however, does not support VoIP calling yet.

The team last updated Viber back in July, adding features like a much improved voice engine, a re-worked user interface with group messaging, profile photos and more.

As for future enhancements, the team is promising “much more coming soon”.

Which camp do you belong to: Viber or WhatsApp?