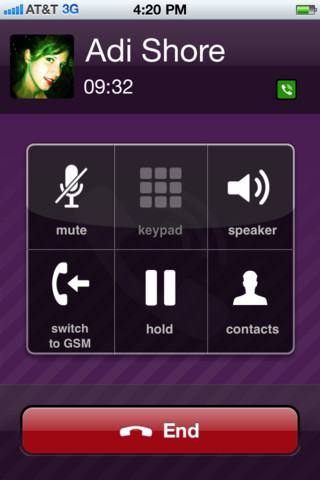 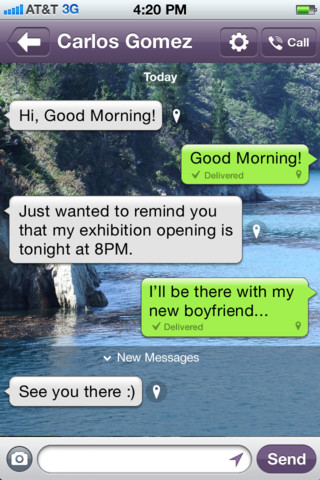 Like Vonage and Skype, Viber lets you talk to people using your device’s cellular or WiFi data connection, exchange instant messages and images, all the while bypassing the carriers’ costly voice minutes and text/MMS messages.Unlike Skype, there’s no need to create an account with Viber…

Viber 2.2 now has group messaging and lets you have a custom background in the conversation view. The interface also renders contact photos and displays a time stamp (finally) for each message.

There is also a new voice engine sad to deliver improved sound quality, though I didn’t have the time to compared the old engine to the new one. 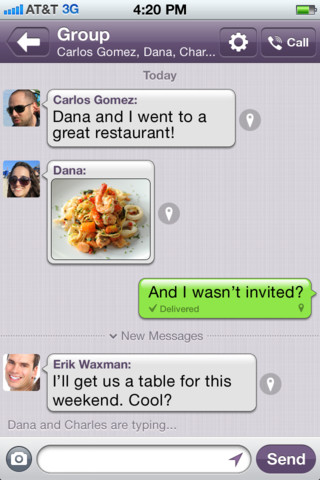 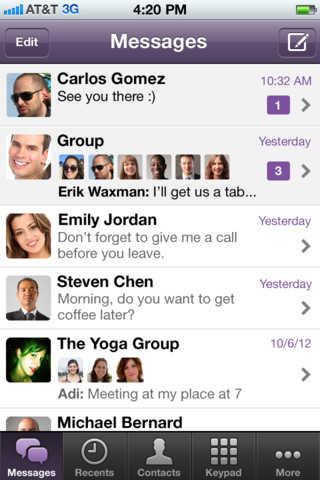 – Group Messaging: you can now send free messages to groups of friends.
– Assign a custom background to conversation.
– Photos were added to the Contacts list
– New voice engine and improved sound quality.
– Added time stamp for each message.
– See who joined Viber lately when viewing the Contacts screen.

Do you use Viber much? If so, I’d love to hear about your experience down in the comments.

As for me, I’m a Skype person, though the official iOS client is just terrible and so battery taxing that it’s beyond belief. I also tried Vonage. As much as I wanted to use Vonage, I was forced to drop it as the app never took off in a big way so it was of limited use to me.