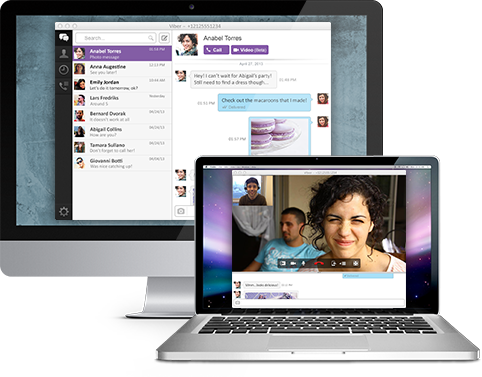 The popular Skype alternative and WhatsApp rival Viber today updated its Mac app with half a dozen new features. You’ll recall that Viber released the inaugural Mac build back in May to allow for cross-platform messaging. I’ve been actively using it ever since on my MacBook Air and today’s update adds a few features I’ve been missing a lot.

Now, when you’re chatting with someone, you can tell whether a person is typing a message thanks to the new typing indicator. And for a feature-parity with Viber for iOS, the Mac edition now expands on the initial release with full support for group messaging capabilities, as well as popular stickers and emoticons. I’ve included a few remaining nice-to-haves after the break…

Viber for Mac version 3.1 has a redesigned conversations list and improved pop-up notifications.

And here are stickers. 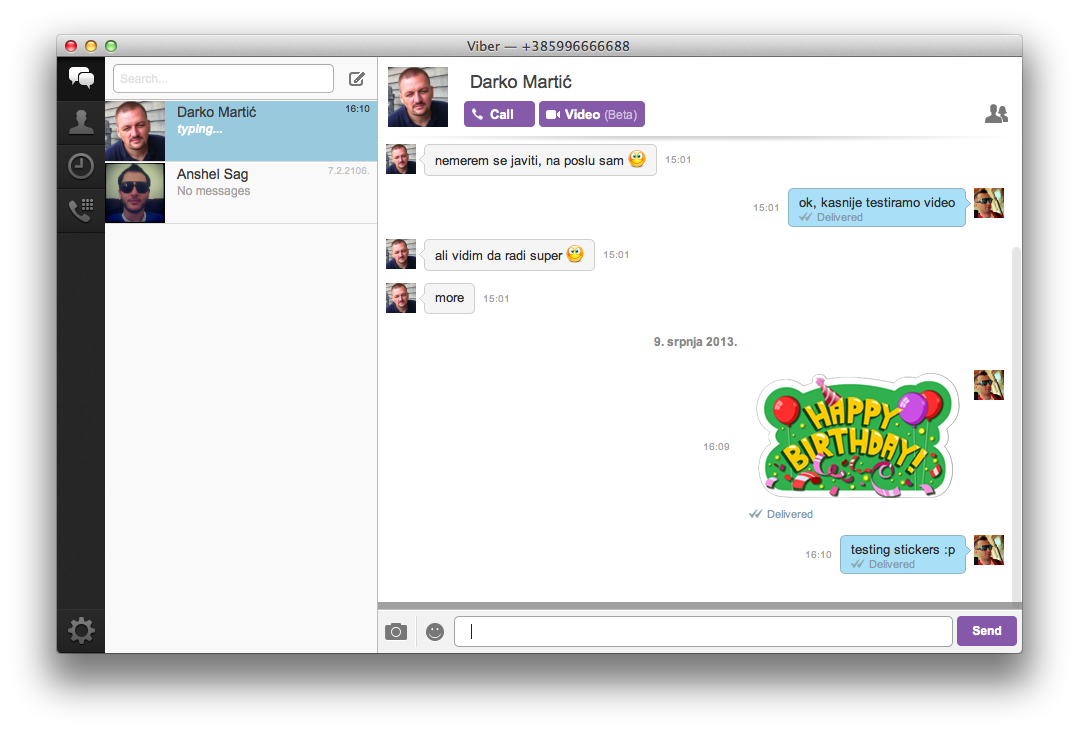 And if you use Viber with more than one number, you’ll be delighted to learn that the app has full support for contacts with multiple Viber numbers.

Here’s a quick video tour for the initial Mac release from May.

The Mac app lets you carry on your conversations on any number of supported device and it’s clever enough not to sound alarm on each one of them when a new message notification arrives.

Viber is available for Android, iOS, Mac, Windows, Windows Phone and other platforms.

The Mac build isn’t available on the Mac App Store and doesn’t have the auto-update feature so you’ll have to download the latest build and drop its icon on the Applications folder to replace your outdated version.