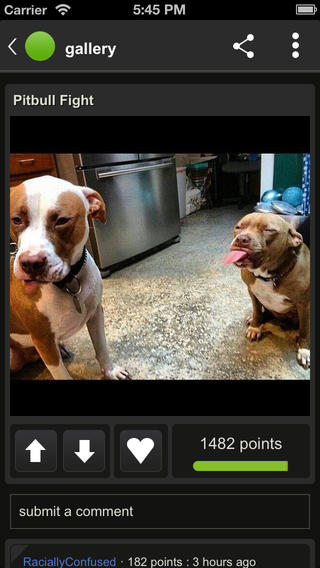 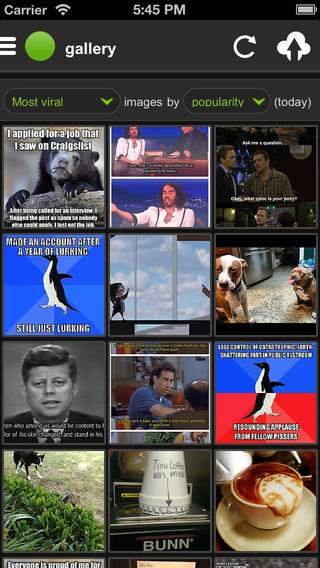 Soon after users on Reddit and Digg began spreading viral images through it, Alan Schaaf’s image-sharing service Imgur blew up in no time.

Be it funny images that’d gone viral, animated GIFs or simply the fact that it was conceived (in 2009) from the onset as an image hosting service that didn’t suck – users are now uploading more than a million images to Imgur every day.

Announced for iOS (and released on Android) back in June, the official Imgur iOS app finally hit the App Store early-July. At least that’s what AppShopper says – earlier today, I received a media release celebrating the app’s iOS launch so…

Much like the beloved web service, the iOS app allows you to browse the ever-growing collection of viral images, comment and vote on them, upload your own photos and lots more…

With the Imgur app, users can also manage their Imgur account and albums right on their iOS device and submit images directly to the Imgur gallery.

Following on the initial release, the team last Friday issued the first update with fixes for third-party logins, image swiping and gallery submission process. The new version 1.0.2 is also noticeably faster, has native sharing and updated UI “for better uniformity in iOS”.

Speaking of UI, the iPad interface (below) looks weird – it’s almost like those blown up smartphone apps on Android.

Hopefully the next update fixes that. 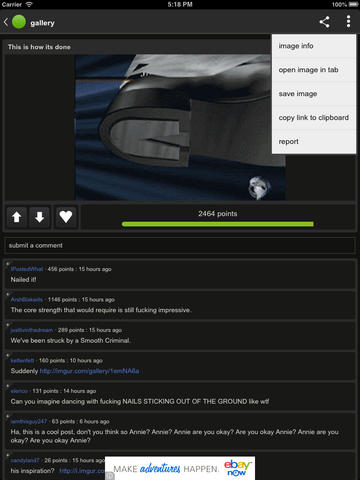 If you’re willing to give the app a try – because you want to test-drive another image-sharing service or simply dive into the wonderful world of the Internet’s most viral memes – download it now free to your iPad, iPhone and iPod touch from the App Store.