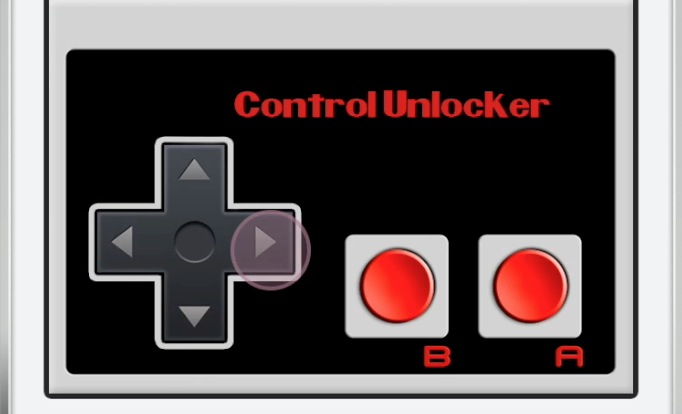 You probably already saw our preview for Control Unlocker, but just in case you haven’t, let me fill you in on what it does. Control Unlocker is a new jailbreak tweak that brings an NES inspired controller to the Lock screen. Users can then use custom input commands to unlock their device.

Yes, it’s entirely possible to use the Contra code to unlock your iPhone, though the controller lacks a Start (or Select) button. Have a look at our video walkthrough inside…

Once installed, your unlock code can be established in the preference panel for Control Unlocker. There, you’ll also find a kill switch for the tweak, and a setting for establishing custom text to brand the controller.

If you’re someone who doesn’t use a passcode, then Control Unlocker is something you may want to use on a daily basis. If you do use a passcode, it may be seen as more of a novelty than anything else.

Control Unlocker was scheduled to be set at $0.99, but the developer, Stevie Hetelekides, has since decided to make the tweak free of charge. You can find it right now on Cydia’s BigBoss repo. Let me know what you think about it down below.