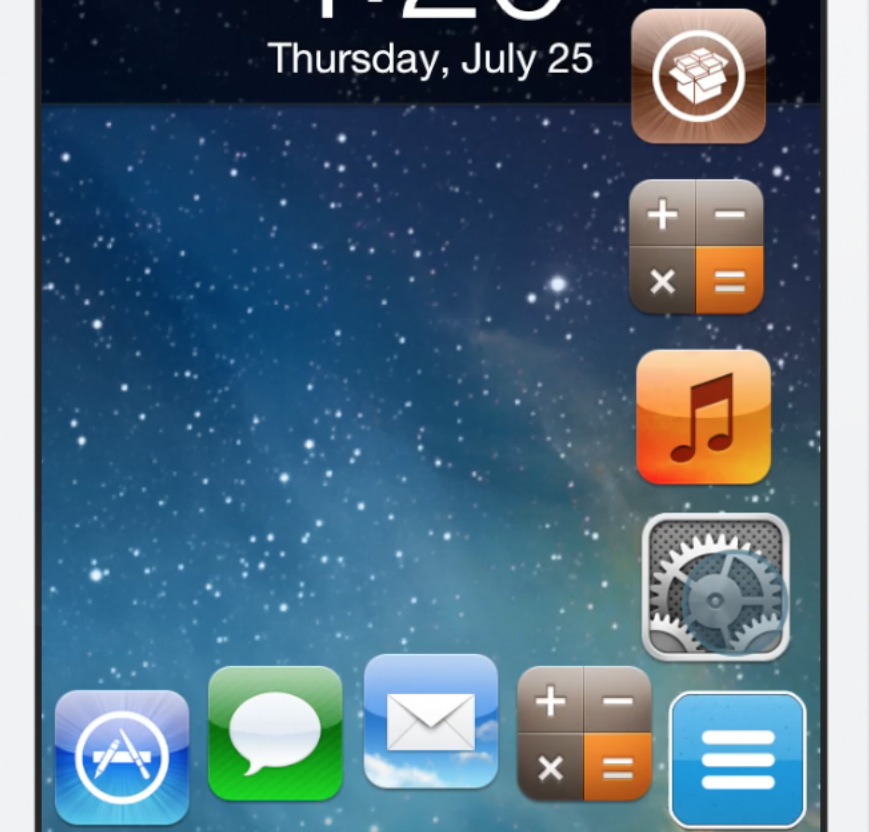 Earlier in the year, there was a deluge of Lock screen launcher releases to hit jailbroken iPhones. Off the top of my head, I can probably name about 5 of them that came out all around the same time. Since then, things have died down a bit, but there still appears to be a lot of interest in the category.

At its most basic core, BuddyLock is your average Lock screen launcher. In fact, before configuring the tweak, you might be asking yourself what makes BuddyLock different from something like atom, or JellyLock.

Indeed, after first seeing it on the Lock screen, BuddyLock looks might basicy, but it’s after you venture into the tweak’s settings that you see how detailed it can be. 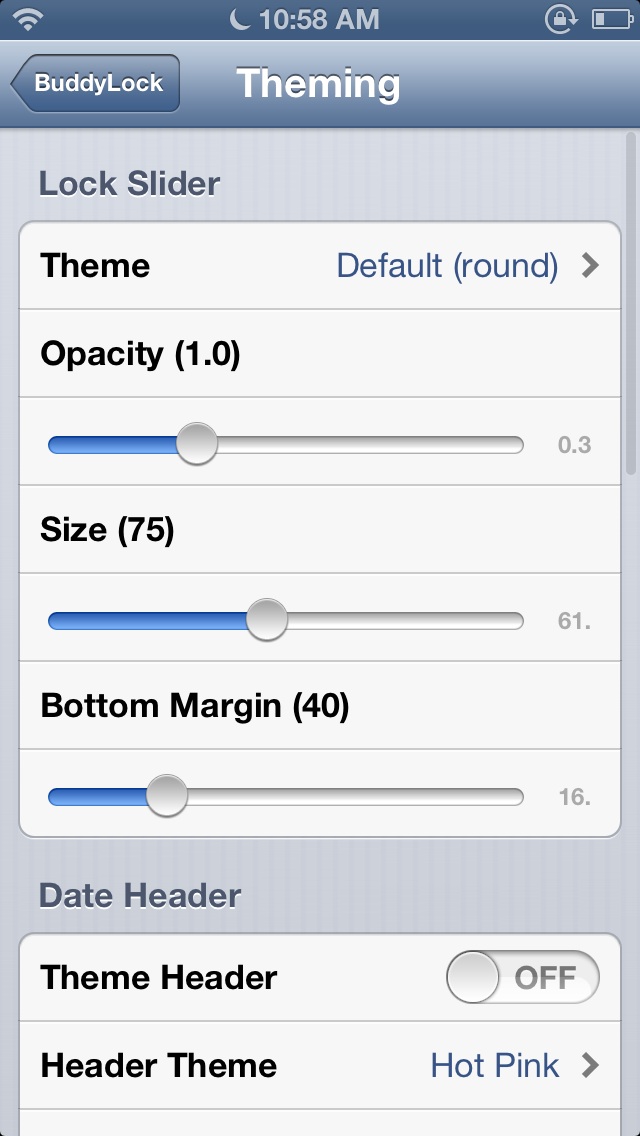 The launcher portion of the tweak is highly customizable. You can choose to have anywhere from 1-5 apps configured as quick launch apps at any given time. You also have the ability to replace the 5th app with a folder and launch an additional 4 apps.

In total, thanks to the folder mechanism, it’s possible to quick launch 8 different apps directly from the Lock screen, without the Lock screen appearing too cluttered.

And then there is a feature called Side Views, which is an appropriate name, given the way the feature works. The Side Views can be accessed by swiping from the right to left on the right-hand side of the Lock screen, or vice versa.

You can configure the Side Views to display your Music app’s playlists, widgets, or contacts. While the playlists and contacts are static based on how you have them configured in their respective apps, the widgets can be customized directly from within BuddyLock.

The widgets contain auxiliary features like quick compose links for Twitter, Facebook, and Notes, along with basic boolean toggles for Wi-Fi, etc. The cool thing about the widgets is that they can be individually enabled or disabled via the tweak’s settings. 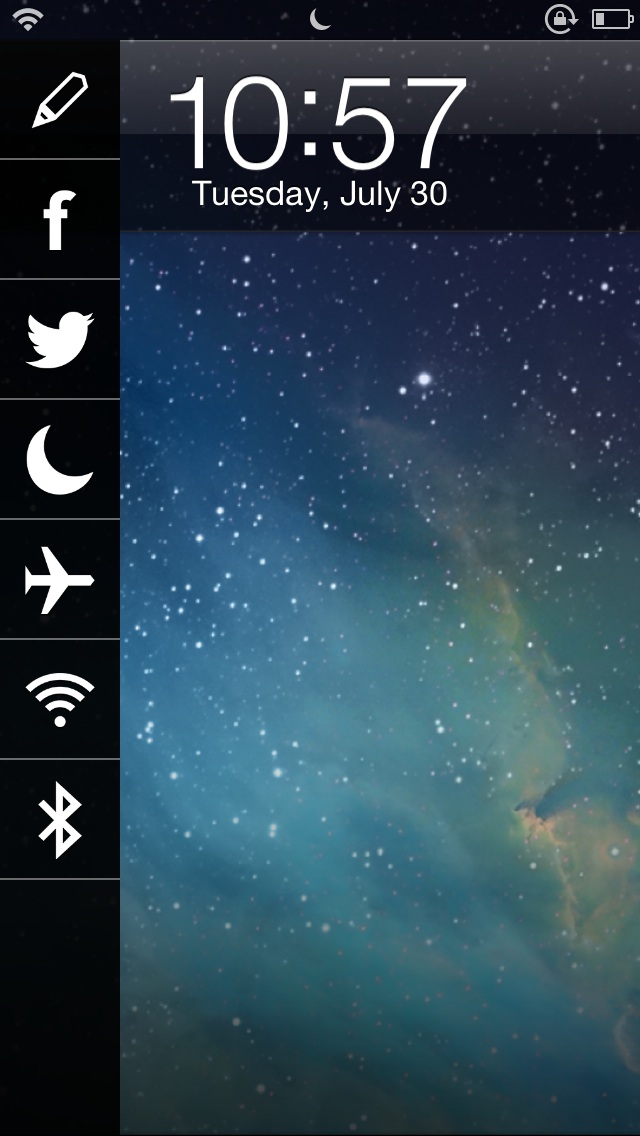 As if all of that wasn’t enough, BuddyLock features a wealth of Lock screen customization and theming options for your enjoyment.

I won’t bore you with every single detail about the tweak, so watch the video if you want to know more. The most impressive thing about BuddyLock isn’t the amount of options, it isn’t the launcher and its folder ability, and it isn’t the Side Views with widgets and the like.

The most impressive thing about BuddyLock is that all of these features can be easily changed, configured, and rearranged without so much as a hint of a respring. For someone who tests a lot of tweaks on a daily basis, that’s certainly a breath of fresh air, but I have a feeling that your average end user will highly appreciate it as well. 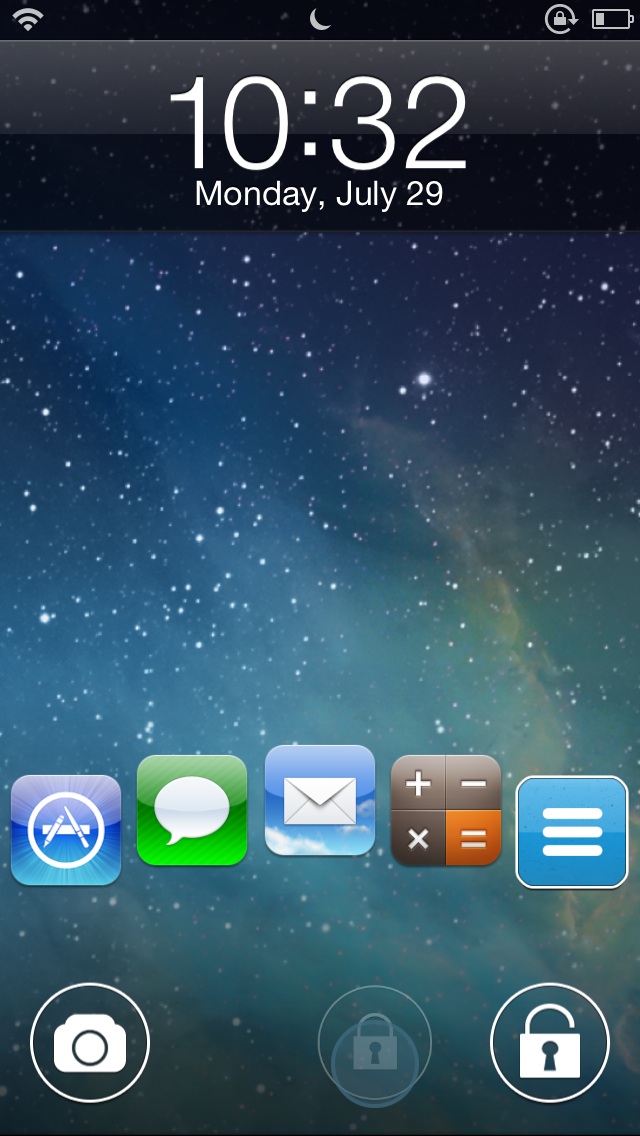 Let me know what you think about it in the comments below.