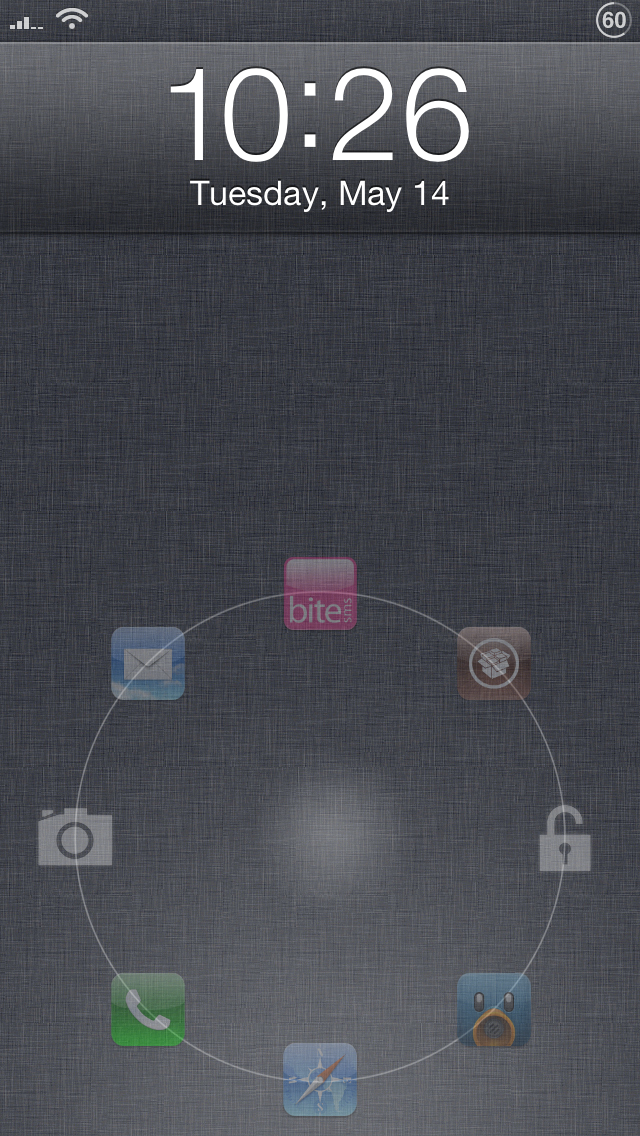 JellyLock has been my Lock screen launcher of choice for a few weeks now. Up until now, the jailbreak tweak was available on the developer’s private repo only, limiting its availability to the masses, but the developer recently decided to move the package to the ModMyi repo.

Still labeled as a beta release, JellyLock packs some interesting features that take this tweak to yet another level while giving more customization options to users…

The most notable new feature is probably the addition of three new shortcuts to the launcher. Up until now, you were limited to three shortcuts. You can now use up to six. Those six shortcuts can be displayed on both the upper and lower half of the circle, as you can see on the screenshot above. I found it very unpractical to use the bottom half as it pushes the limits of thumb reach, making unlocking your device slightly less natural. This is just a personal preference and you might think otherwise.

Personally, I have added only five shortcuts on the top half, and completely deactivated use of the bottom half, thanks to some simple and clear options in the settings of the tweak. 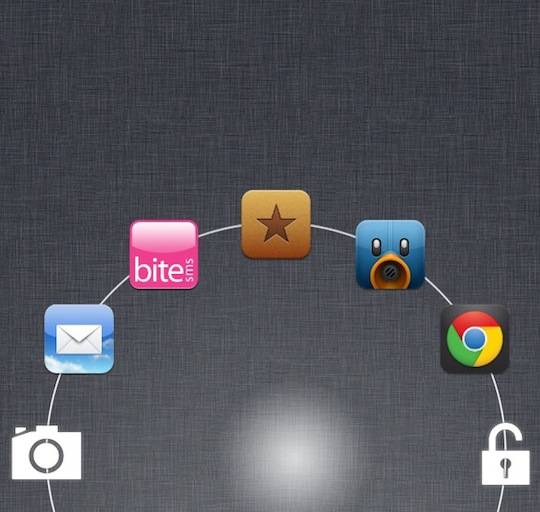 I’m not sure if this was an option before, but this version of JellyLock lets you use labels for your shortcuts, and also allows you to display badges, if any. Again, this is all customizable from the settings app. The minimalist in me immediately turned off icon labels and badges. The cleaner, the better to me.

Another feature that I believe is new is access to Siri or Google Now with a simple gesture. There is an invisible button in the middle bottom of the screen. Simply slide this invisible button up to launch Siri or Google Now, depending on your set up. I have to say that I was pretty excited about this feature. I was expecting the gesture to load the Google voice search assistant but when I tried it, it would simply bring up a sheet of the main Google search page where I’d have to manually go to voice search. I set it back to Siri for now, and I’m sure that JellyLock developer Max Katzmann will fix this small annoyance in a future update. Sliding up to launch Siri worked flawlessly.

This new version of JellyLock still brings the same level of customization as before. For a complete overview of the previous version, I suggest you check out our original post about JellyLock where you’ll also be able to see the tweak in action in one of Jeff’s videos.

Surprisingly, JellyLock is still available for the price of free, and in my opinion is a much better value than other Lock screen launchers such as Grabby, Axis, or Atom. But again, this is all based on personal preferences and I won’t dare claiming JellyLock is the best launcher. It simply is the one that fits my needs best. Your mileage will obviously vary, but I suggest you give it a try and see for yourself.

If you already have the older version of JellyLock running, it is recommended you uninstall it first before installing this new version.