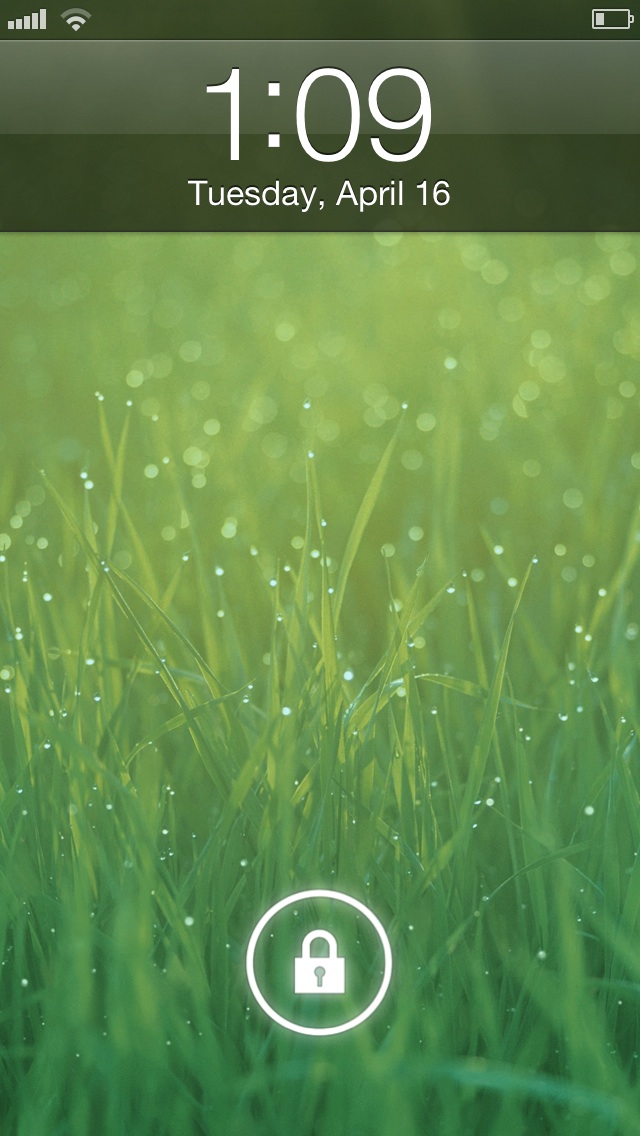 JellyLock is a jailbreak tweak that allows you to add an Android inspired Lock screen launcher to iOS. The tweak, developed by Max Katzmann, and only available via his beta repo, has proven to be quite popular amongst the jailbreak community — it’s been downloaded over 19,000 times already.

Like its inspiration, Android Jellybean, JellyLock features a lock icon that you can drag to the edge of a circle on your Lock screen to unlock your device. It also features the ability to fully customize the look of the launcher and add up to three custom apps that can be launched directly from the Lock screen. Take a look inside as we go showcase JellyLock in our in-depth video walkthrough…

While JellyLock does a good job of retaining the look and feel of the ubiquitous Android mobile OS, the real star of this show is the amount of customizations that you can make to the launcher. If you venture into the tweak’s preference panel located in the Settings app, you’ll notice that many of JellyLock’s visual assets can be customized to your liking. 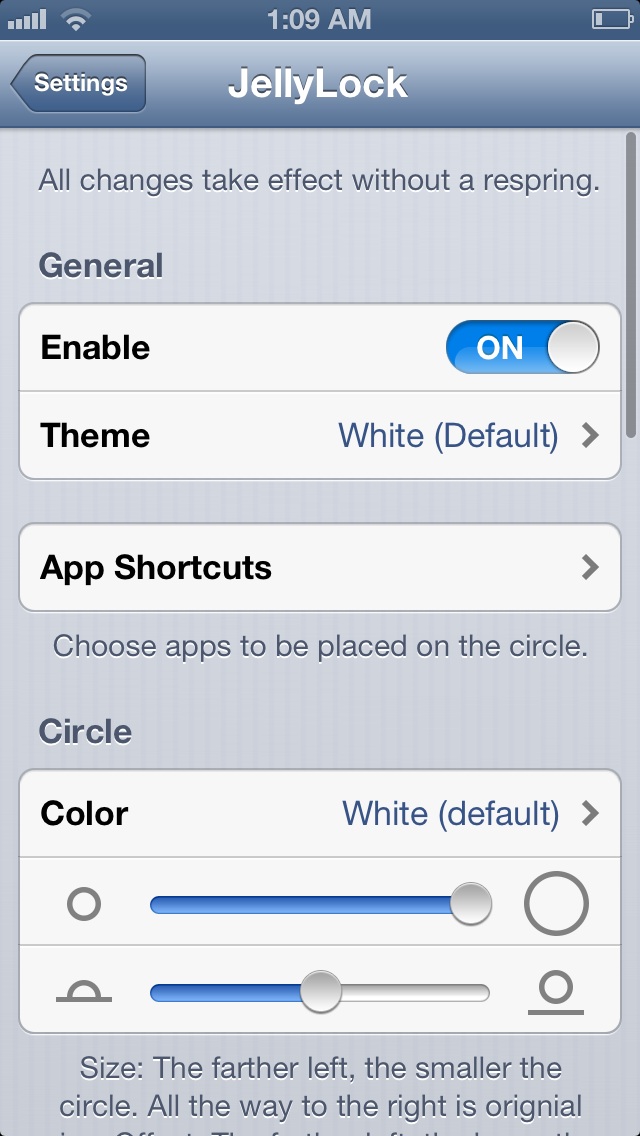 One of the best things about JellyLock, and a feature that I feel is horribly underrated, is its ability to customize on the fly. This means that you can enable or disable JellyLock, customize the apps featured on the launcher, and customize the layout of the launcher, all without needing to respring your device. This allows you to quickly test and check the settings that you change to verify whether or not you enjoy them. 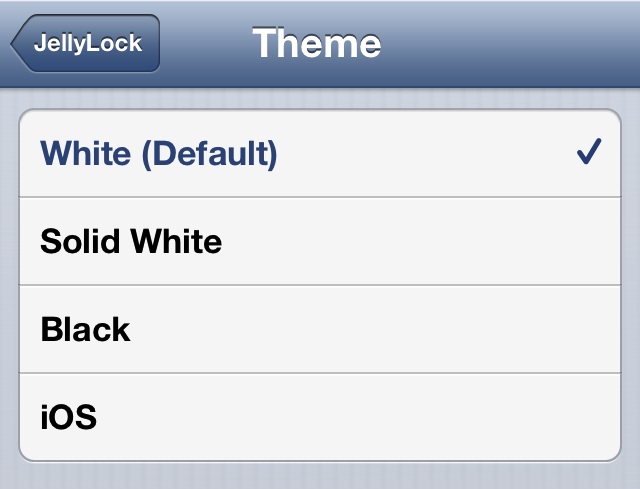 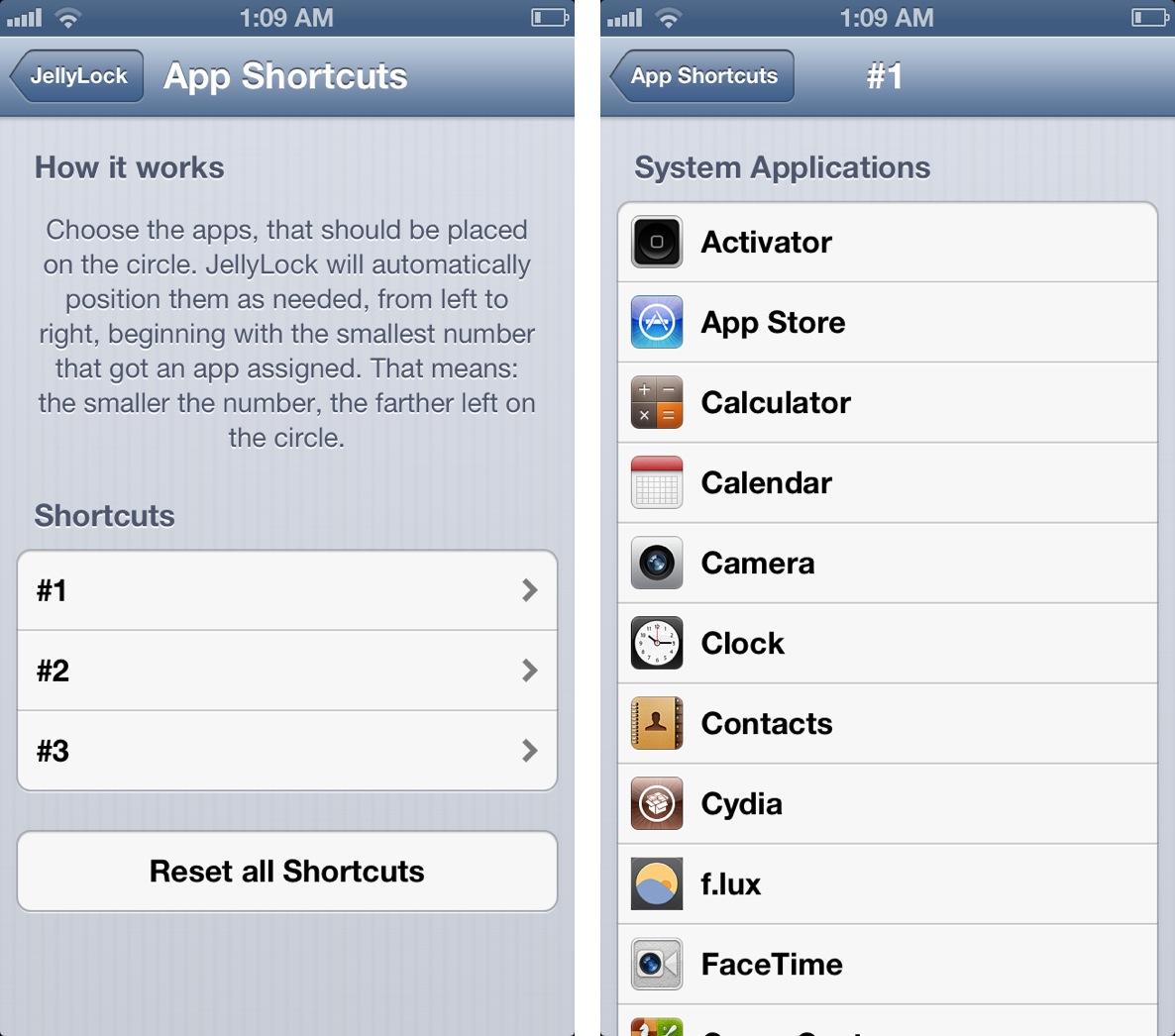 Up to three apps can be added to the Lock screen launcher via the App Shortcuts section in JellyLock’s settings. JellyLock itself is smart enough to take care of the positioning on the Lock screen’s circle launcher, positioning them as needed according to numeral value. The smaller the number (from 1-3) the further left on the circle the app is placed. 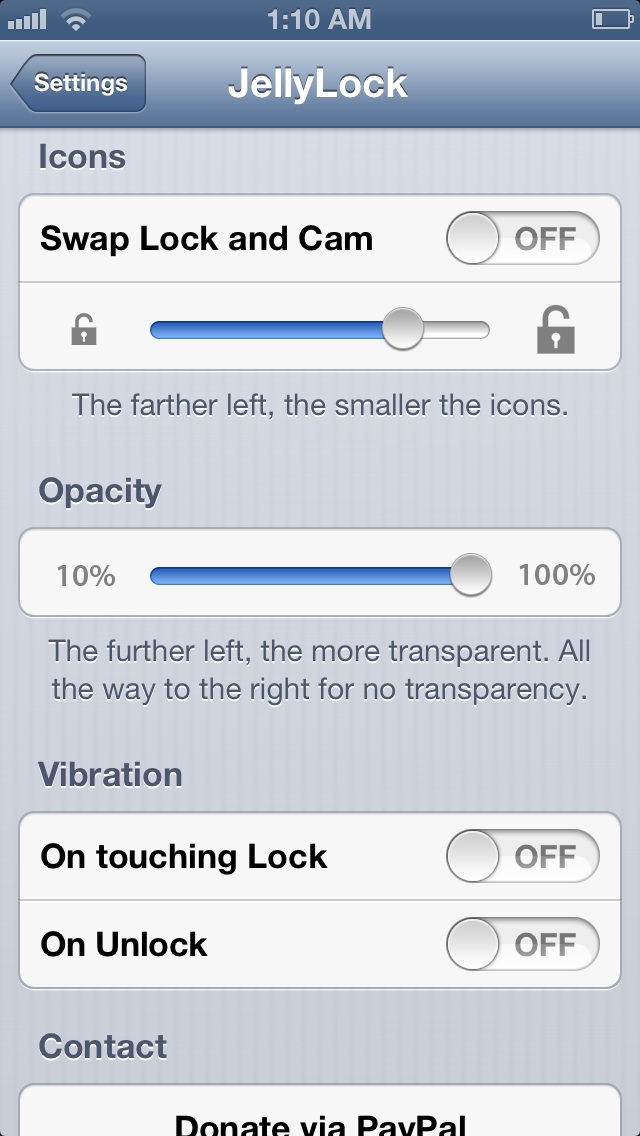 A few additional visual settings can be adjusted on the fly via JellyLock’s settings as well. These settings include circle color, size, and offset, along with icon size and opacity. There’s also the included ability to swap the positioning of the Lock and Camera icons, which are default icons included with JellyLock. For those os you using JellyLock on an iOS device that includes vibration, you can enable vibrations when touching the lock icon, and/or when unlocking the device. 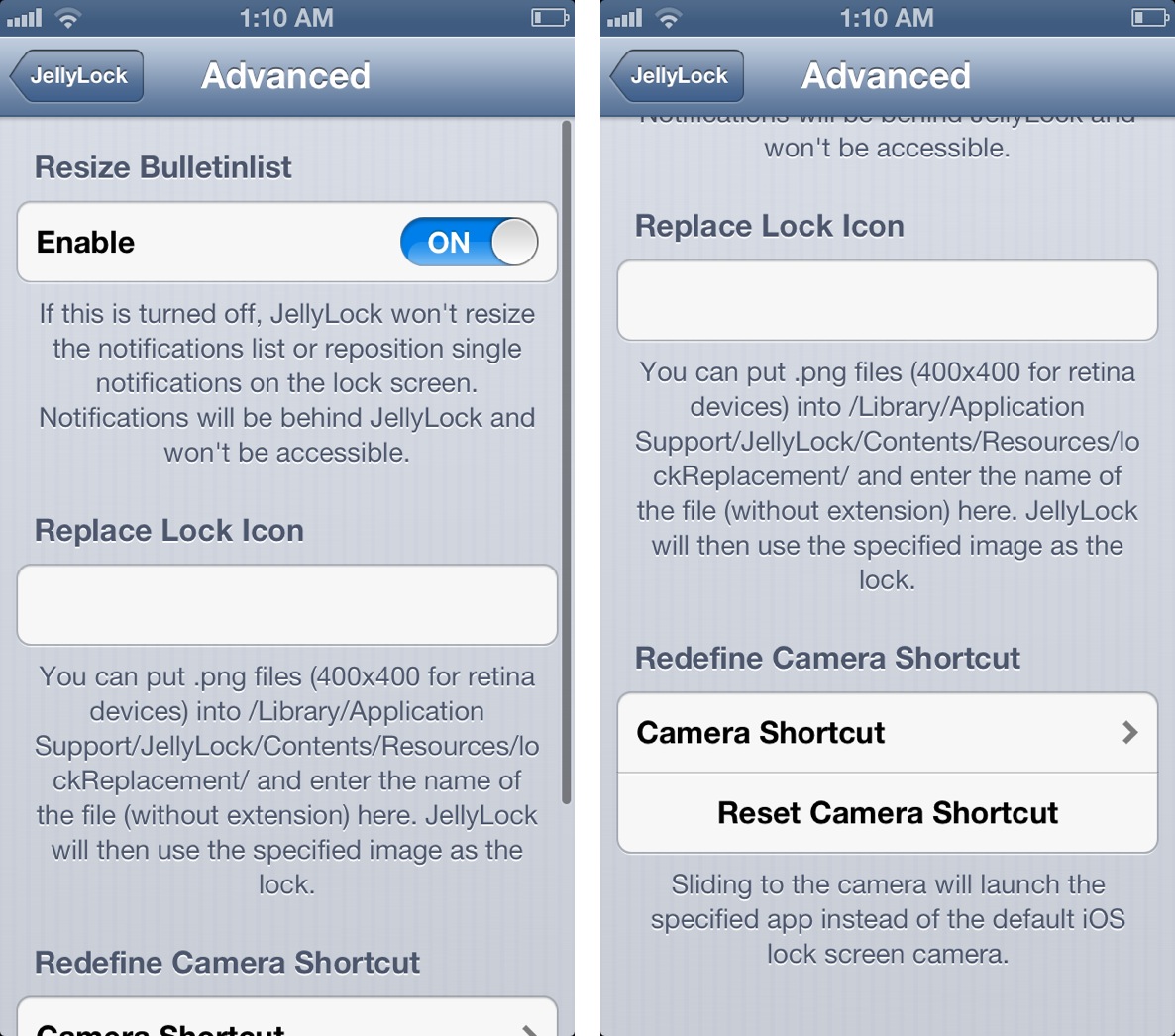 A few additional settings exist in the tweak’s advanced section, which is located discreetly at the bottom of JellyLock’s preferences. These advanced settings include the ability to replace the Lock icon, redefine the stock camera shortcut, and to resize the Lock screen Bulletinlist for incoming notifications. Check out the video walkthrough above for an in-depth demonstration on why this is a useful setting.

JellyLock is a free jailbreak tweak, but it’s not available on any of the default Cydia repos. Instead, because the tweak is still in beta, you’ll have to add the following repo to your Cydia sources in order to download JellyLock:

If you decide to take JellyLock for a spin, then as always, we urge you to share your thoughts in the comment section below. I’m also interested to see how you think JellyLock compares to another similar Lock screen launcher, Atom. There are obviously some pretty huge differences between the two tweaks and their methodology, but I think at their most basic points, they are worthy of comparison. What do you think?