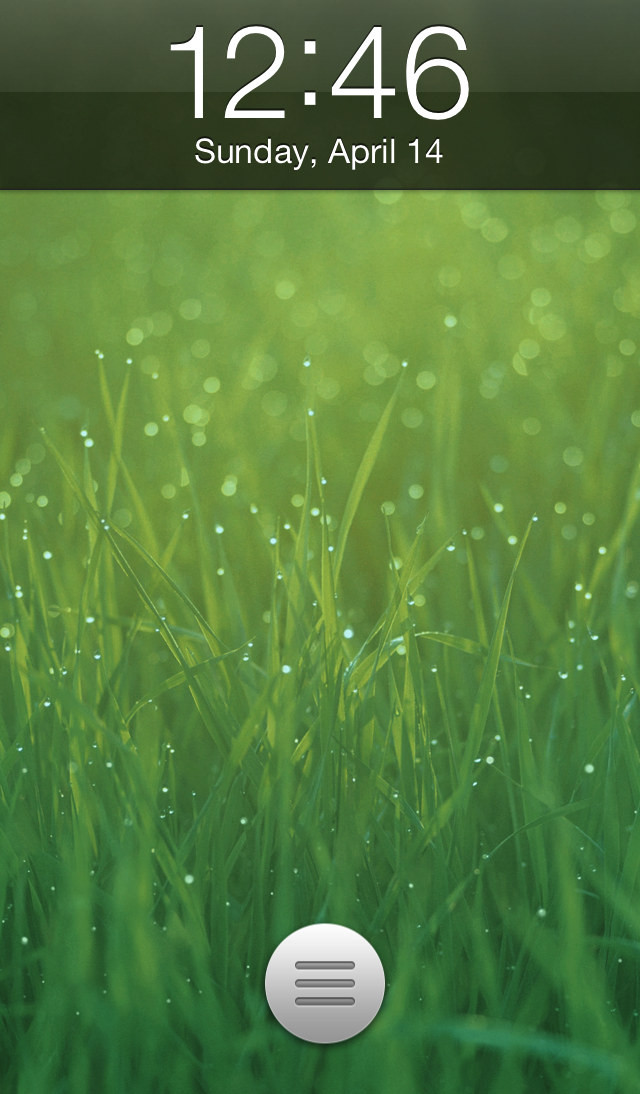 Atom is an upcoming jailbreak tweak that brings a beautifully animated Lock screen launcher to your Home screen. Six apps can be configured to appear on your Lock screen as shortcuts, and you can launch directly into those apps by sliding and releasing a small little nub over the app you wish to launch. If you feel like unlocking your device to the Home screen, just slide the nub over the unlock icon located in the middle of the screen instead.

True, there have been Lock screen tweaks that have allowed you to launch directly into an app before, but none of them featured the beautifully animated style of Atom. Don’t believe me? You don’t have to take my written word for it, check out our exclusive hands-on video inside, and see for yourself.

As you can see from the screenshots and video walkthrough, Atom completely replaces the iPhone’s normal slide to unlock bar. It does so in favor of the little nub that you use to hover and release over the app that you want to launch. The nub is situated near the bottom of the Lock screen, squarely in the middle. This makes it easy to maneuver the nub with either hand. 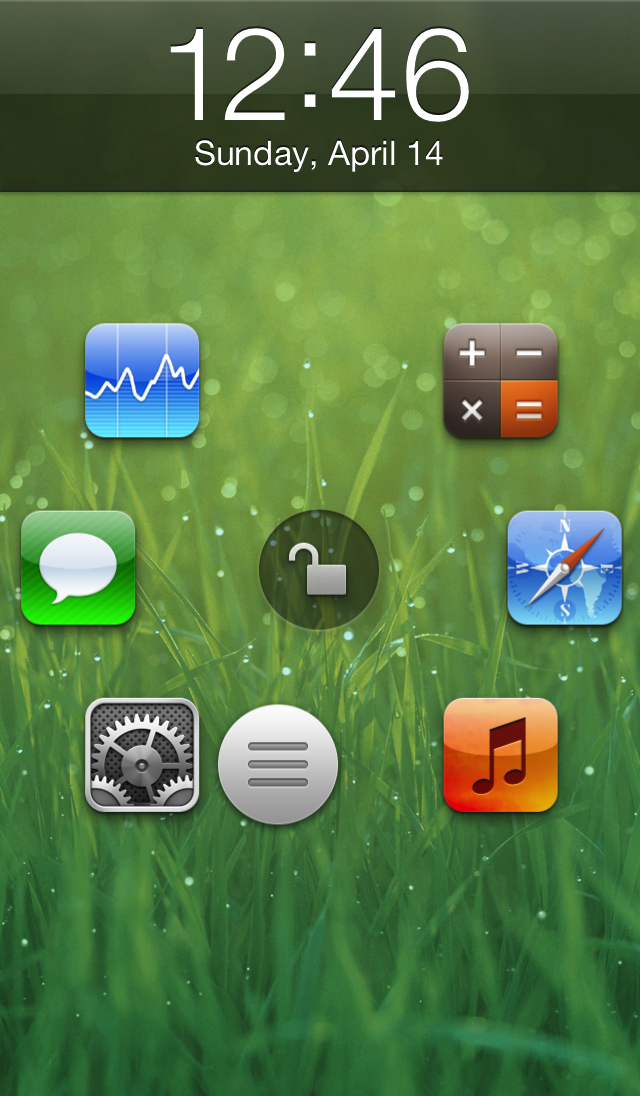 Atom comes with a simple preferences panel that can be accessed via the stock Settings app. Inside of the Atom preferences, you’ll find six selections under the Position section for configuring the apps that will appear on the Lock screen. There’s Top Left, Top Right, Middle Left, Middle Right, Bottom Left, and Bottom Right. Each of these selections correspond directly to the position of the app icons that appear when you move the nub on the Lock screen. The position of the app icons on the Home screen is actually where the name of the tweak is derived, as it looks like an Atom molecule when joined by the necessary connecting lines.

It’s totally feasible for one to populate every field designated for an specific app with the same exact app. In fact, I was able to fill my Lock screen with six App Store shortcuts without conflict. There’s apparently only one rule you must follow, and that rule is that there must be an app configured for each shortcut. As it stands now, you can’t insert blank shortcuts in order to avoid populating one of the positions, every position must be filled with an app. 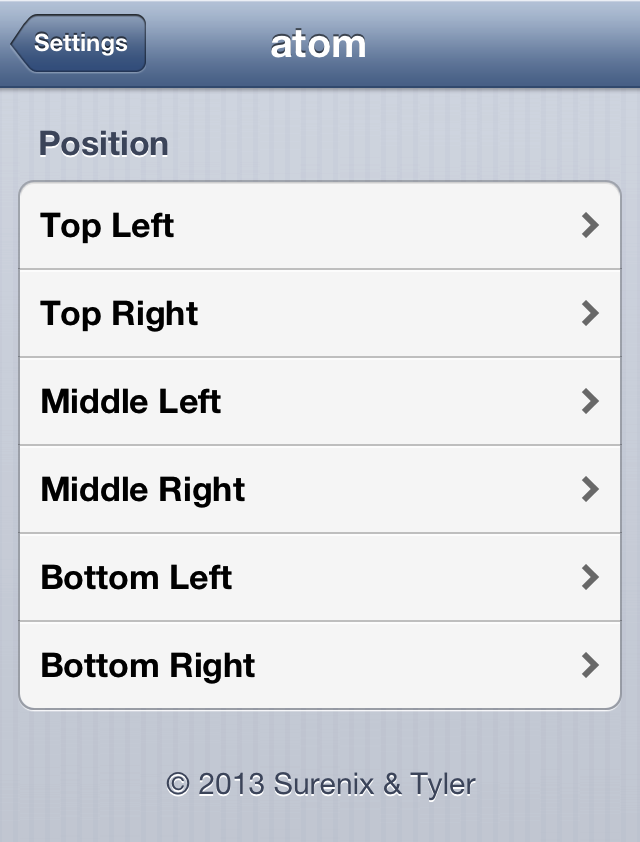 Like I stated before, Lock screen launchers have been done many times in the past, but this one separates itself due to its ease of use, and the gorgeous animations that occur when you move the Lock screen nub. The tweak did get some of its design cues from Surenix — one of the most prolific designers in the jailbreak community, so it doesn’t comes as a surprise that it looks so pleasing to the eye. 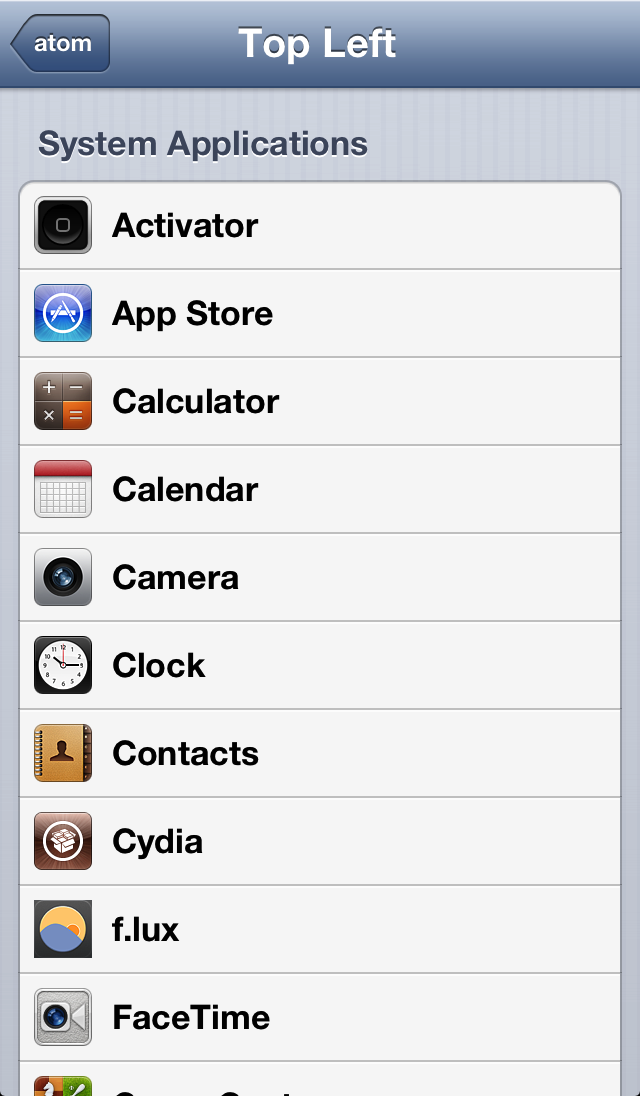 Atom will be available next week on Cydia’s BigBoss repo. Price has yet to be determined, but if the track record of these guys is anything to go by, you can expect it to be reasonably priced.

What do you think about Atom? Would you consider using it as your Lock screen launcher?