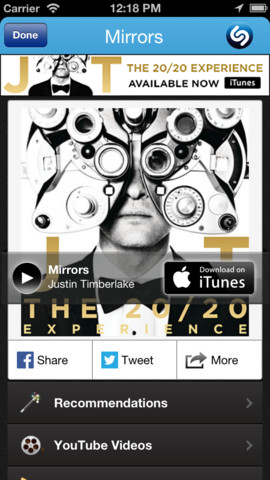 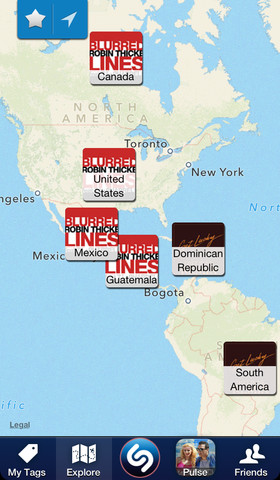 The music discovery engine Shazam has been on a roll lately. May brought an exclusive background television-tagging features to Shazam for iPad and last month the company added a new Pulse feature to ease music discovery by analyzing the trending real-time charts. In today’s update, your Shazam apps have received another useful feature: multi-track purchase…

As the name suggests, this features allows you to buy multiple tagged songs through iTunes. Just go to the My Tags section (Favorites on iPad) and tap Select & Buy.

You’ll be able to select multiple tagged songs before hitting the Buy button to purchase them in one go through iTunes.

Other changes in Shazam version 6.2 include a useful improvement to discover music based on similar tracks other Shazamers have bought. Just tag a song or access your previously tagged music in My Tags and hit the new Recommendations button.

There are more previews available for tagged music and trending songs in the Pulse charts, meaning less back and forth between Shazam and iTunes/YouTube.

The free Shazam and the premium Shazam Encore are available on iOS and Android devices through Apple’s App Store and Google’s Play Store (Shazam, Shazam Encore).

Since the release of Shazam 6.0, the iPhone/iPad has been a universal iOS binary so now’s a good time to replace your outdated Shazam for iPad build with the universal binary.