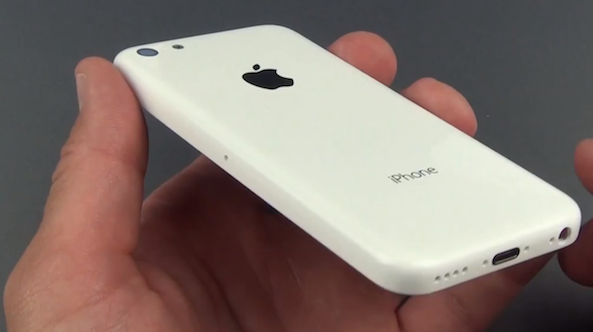 Most of the reports we’ve seen over the past 6 months have suggested that Apple is going to be releasing a new, low-cost iPhone alongside its iPhone 5S this fall. And the theory has been corroborated by a mound of evidence, including a barrage of plastic iPhone shells.

Adding to the evidence today is Michael Kukielka, also known as the DetroitBorg, who has posted a high quality video of what appears to be a white plastic iPhone shell. Kukielka gives us a clear view of the case and compares it to the iPod touch and other iPhone models…

There’s a few things worth noting in the video. First, the plastic shell clearly matches up with the other ones we’ve seen over the past few weeks, in various of colors. And two, notice how Kukielka describes the phone as a cross between the iPhone 3GS and the iPod touch.

This matches up with a report from a January report by iLounge’s Jeremy Horwitz—well before shells started turning up:

And that’s the thing with this so-called budget iPhone. The rumors and reports have been very consistent for a very long time, all pointing to a handset made up of plastic and metal, resembling the iPhone 5, with more rounded edges and a price tag somewhere around $300.

Pundits expect that such a device, even with mid-tier pricing, would help Apple dramatically increase its marketshare in emerging markets like India, Russia and China. It would also likely do well here in the US, where carriers seem to be slowly doing away with device subsidies.

Yesterday, Apple announced on its quarterly earnings call that it sold 31.2 million iPhones during its June quarter.