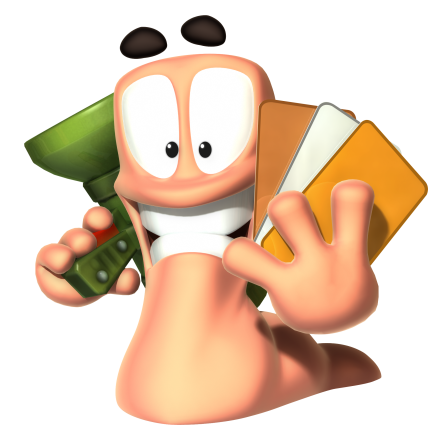 Ah, the Worms games. Thoughts of a small platoon of earthworms always bring to mind fond memories of the Amiga days, which I tend to think had introduced home computing and video gaming to the masses.

Originally named Team 17 because it was mostly comprised of teenage talent, they now develop for Windows PCs and video game consoles.

But that doesn’t mean the Worms franchise is dead, quite the contrary – the third installment to the Worms games is hitting the iOS platform exclusively in the third quarter of this year. They made it official yesterday to mark the fourth anniversary of their first venture onto the App Store with Worms…

The game will be packed to the gills with features.

In addition to updated graphics, worm classes (Heavy, Scientist, Scout and the classic Soldier), strategic playing cards and new weapons, Worms 3 will let you challenge people online, in ranked or friendly asynchronous matches – meaning you won’t be required to commit to a full session at a time.

To folks who prefer solitary gaming experiences (like yours truly), Worms 3 will offer 27 single player missions across Beach, Spooky, Farmyard and Sewer worlds. And when bored, the Card mode will help shift gears by altering the start and end of each turn.

Building your own deck of 41 cards by collecting in-game rewards will introduce another layer of strategy to this turn-based masterpiece.

Here’s a bit of Worms gameplay on an iPhone.

Worms 3 takes AirPlay to the next level by using one device to start a four-player game, where the active player can secretly plot his or her move on the device without revealing it to other players who stare at your big screen TV.

D-pad and original touch controls, tons of customizations, Game Center leaderboards and achievements, more streamlined menus, local Pass N Play multiplayer for up to four players, Bodycount single-player challenge, multiplayer Forts and Deathmatch modes and other notables will all be part of Worms 3.

Worms for iPhone is available 50 percent off for a limited time, now only $2.99.

The sequel (below), Worms 2: Armageddon with asynchronous play for up to sixteen players, multiplayer modes, a bunch of customization options and native support for the iPhone, iPod touch and iPad is available for five bucks. 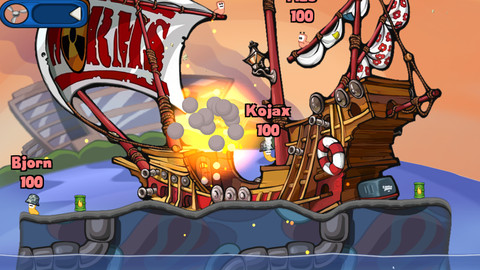 Trust me, these games are well worth the asking price, especially compared to time-killers that fall short in the longetivity and playability department. And, you simply can’t beat the Worms fun factor. 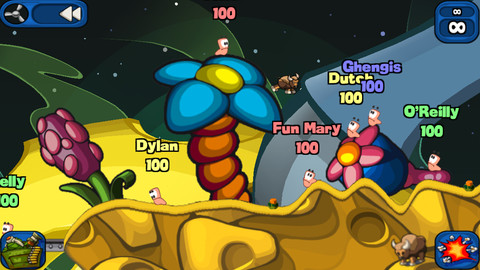 I’m not sure whether it’s the turn-based mechanics, the charming characters, the assortment of cartoonish weapons or just the fact that the little guys can ruin your friend’s day by blasting his or her worms into oblivion, but the Worms franchise definitely has a lot going on about it.

I mean, here we are eighteen years since the 1995 original game and the franchise is still alive and kicking,  having withstood the test of time.