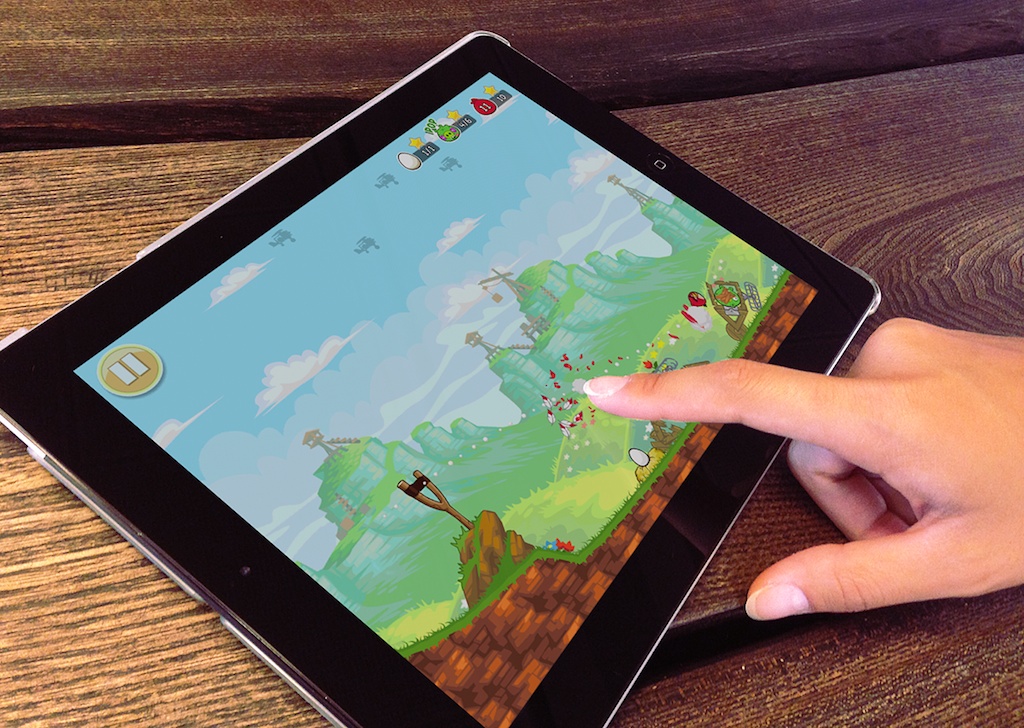 A while ago we stopped posting stories about episodic updates to Rovio’s Angry Birds bird-flinging series because we felt these games have run their course. Today’s update is different and noteworthy because for the first time Rovio has brought Angry Birds and Bad Piggies together in a Red’s Mighty Feathers update to the original Angry Birds game.

The approach has resulted in an all-new gameplay that sees you shooting down wave after wave of pesky pugs advancing in their 73 crazy contraptions, including wacky flying machines…

Here, check out the amusing trailer.

He now has some magic feathers from the Mighty Eagle himself – giving Red incredible new powers as he darts toward those pesky pigs at incredible speed! 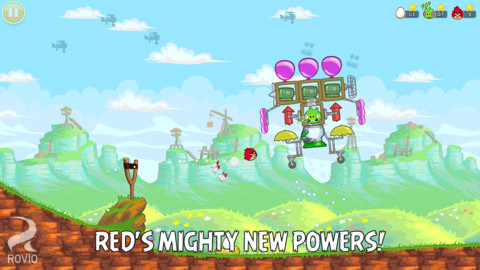 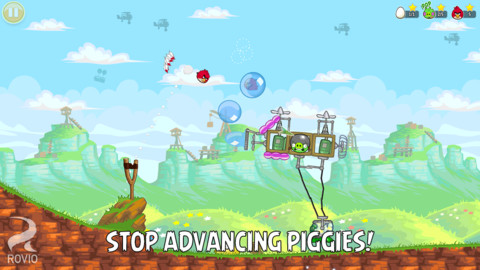 I’ve found shooting down moving targets is an effective way of venting my frustration.

If you haven’t fired up Angry Birds on your device for a while, grab this free iPhone or iPad update from the App Store and you’ll briefly fall in love with the game, all over again.

Just be aware that it’s no longer the same Angry Birds you’ve come to love.

The update is also live on Google’s Play store.

It’s worth noting that with this Android edition Rovio is gradually introducing Rovio Account on Android so you can pick up your game where you left off across multiple devices.