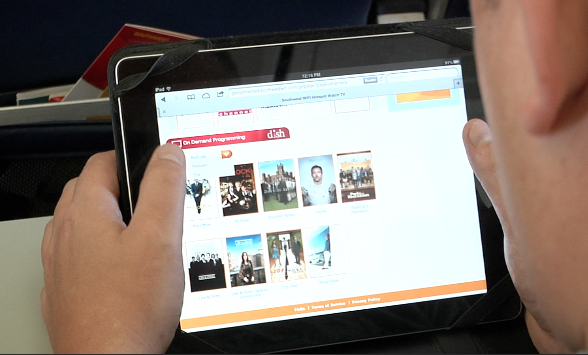 If you’re a Southwest Airlines customer, starting today you can get free live TV onboard, thanks to the company’s partnership with Dish. Free live and on-demand TV is available on all Wi-Fi equipped Southwest flights, which is about three-quarters of the airline’s fleet.

Even better, you can watch TV on your iPhone or iPad instead of tiny screens built into seats. They spared no expense so Dish’s ‘Boston Guy’ surprised each of the more than a hundred Southwest Customers with a free iPad 2 in honor of the new partnership…

Passengers can stream live and on-demand TV to their iPhone, iPad and iPod touch devices, as well as to other smartphones and tablets.

There are 75 on-demand titles initially available for free, “a savings of $5 per day”. Neither company would say when this time-limited promotion is set to expire.

Check out the promo clip featuring Dish’s ‘Boston Guy’ (you may remember him from Dish’s ‘Hoppa’ commercials). 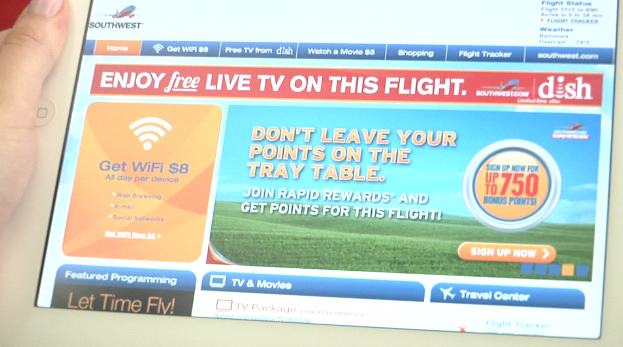 Popular TV show episodes are also available on demand as part of the TV lineup.