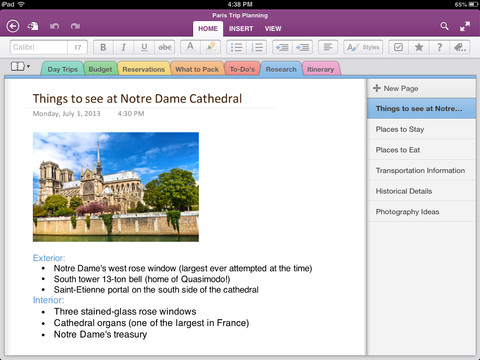 Microsoft’s otherwise fine OneNote app has seen little updates on mobile devices, with Evernote and other offerings beating the Windows giant handily to the note-taking punch.

Figuring it better do something about it, the Redmond firm on Monday issued a pretty major 2.0 update to iOS and Android builds which brings consistent look and feel across Windows, Windows Phone, Android and iOS.

And in addition to rendering ink on your iDevices, version 2 of OneNote enables full support for Office 365 notebooks in SkyDrive Pro, rich formatting toolbars on iPads to style your notes, search across notes and more. If you can’t live without Microsoft’s Office suite and prefer to run productivity apps from a single vendor for seamless sync, you should give OneNote a try…

On the iPhone side, the app has finally been optimized for the iPhone 5’s taller display. Even better, multiple people can collaborate on the same note and sketches drawn on Windows tablets will render properly on your iDevices.

Here, check out a quick promo.

Compared to the previous version, the new OneNote apps looks consistent across devices and platforms, down to your notes and ink annotations that now look virtually indistinguishable whether you’re viewing them on your iPhone, iPad or Android. 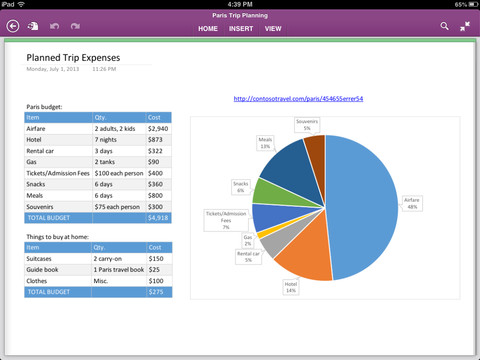 Check out the new formatting toolbar on iPads.

The iPad build also supports creating new tables and the tablet’s bigger canvas lets you fill the screen with your notes in the handy full screen view. 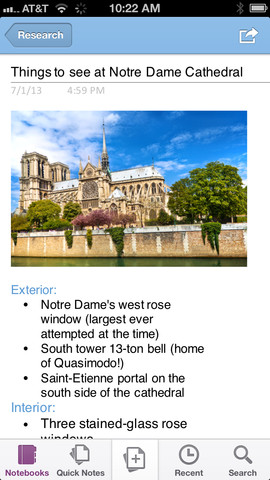 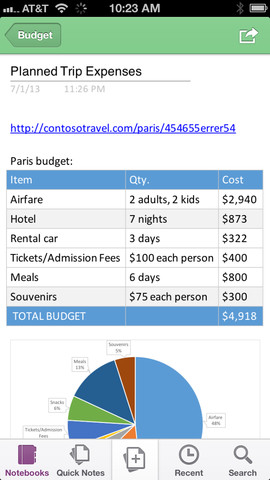 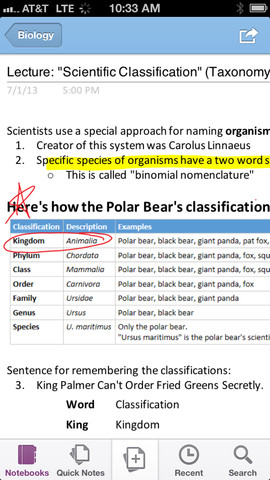 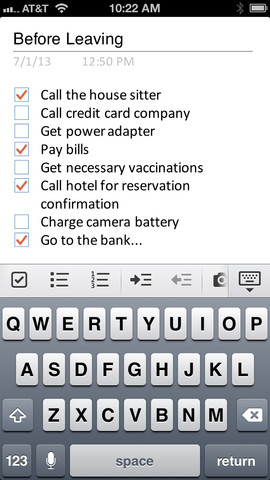 To learn more about this update, check out Microsoft’s Office blog post.

If you’re upgrading from a previous version, Microsoft advises syncing your existing application data before upgrading.

You can download the iPhone/iPod touch or iPad build free from the App Store or grab an update for your Android device from Google’s Play store.