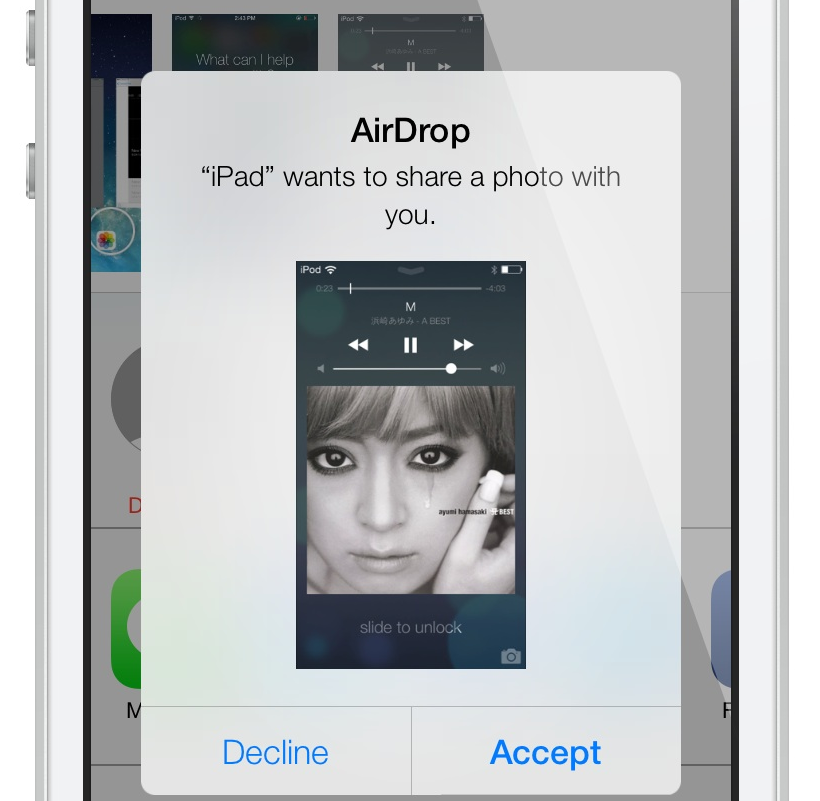 Among the 35 patents the U.S. Patent and Trademark Office granted Apple Tuesday was a design for a never before seen icon entitled Nearby. The icon could describe a wireless transfer feature expected in iOS 7, called Airdrop. This latest patent dump also unveils new emoticons for Messages, as well as another design patent for Apple’s Lightning adapter…

According to Patently Apple, the Nearby icon “may have been originally contemplated to cover nearby data transfers” as part of iOS 7.

As we reported earlier this month, AirDrop would extend a feature already available on Lion-based Macs to new iOS devices, solving one of the biggest headaches: file transfers.

Indeed, when first announced at this year’s WWDC, Apple poked fun at rival Samsung, telling the crowd files could be transferred without any bumping or walking around the room required.

In another hint as to the meaning of the Nearby icon, Apple’s iOS 7 web page described Airdrop’s ability to find nearby users:

Just tap Share, then select the person you want to share with. AirDrop does the rest using Wi-Fi and Bluetooth. No setup required. And transfers are encrypted, so what you share is highly secure.

Apple also was granted a patent on a new batch of emoticons for the Messages application, as well as the design of the Lightning adapter.

A third intriguing patent describes a 3D trackpad for the MacBook which replaces the traditional keyboard and trackpad with a touch-sensitive glass on both sides. Such a design, Apple writes, could also be used in other devices, such as smartphones, desktop PC, and gaming consoles.