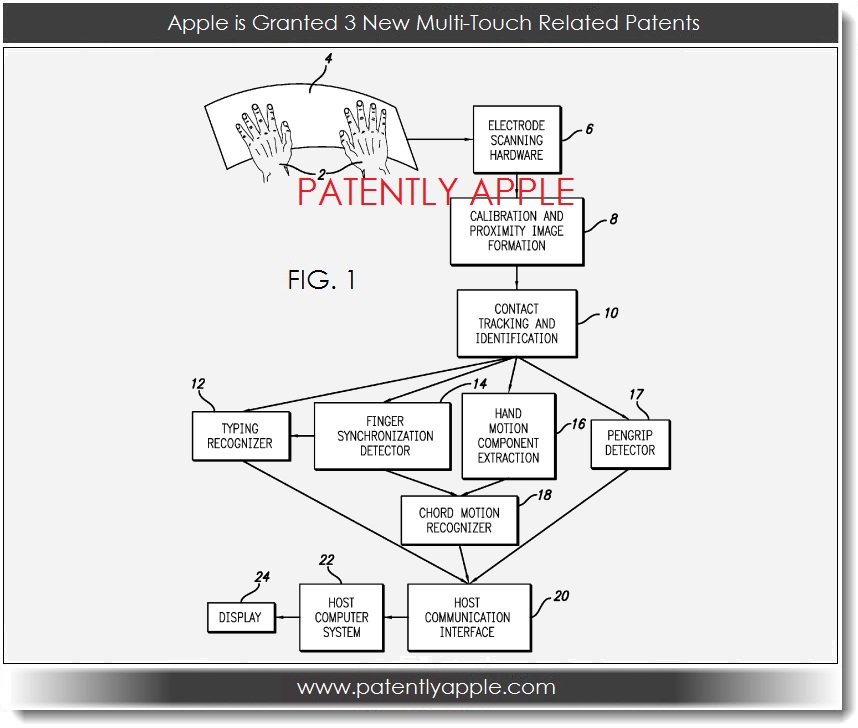 In the case of multi-touch, the three patents “generally cover apparatus and methods for simultaneously tracking multiple finger and palm contacts as hands approach, touch and slide across a proximity-sensing, multi-touch surface,” writes Patently Apple, which provided details of the 39 patents approved.

Another group of the patents approved today cover the design of the iPhone 5. The patent originally filed in the third quarter of 2012 credits Ive and his team of designers.

By the way, Ive’s title was upgraded to SVP following the introduction of the highly-debated flat makeover of iOS 7. Apple was also granted another patent on their new Lighting connector, introduced with the iPhone 5.

The latest patents granted involved the Lightning adapter, too.