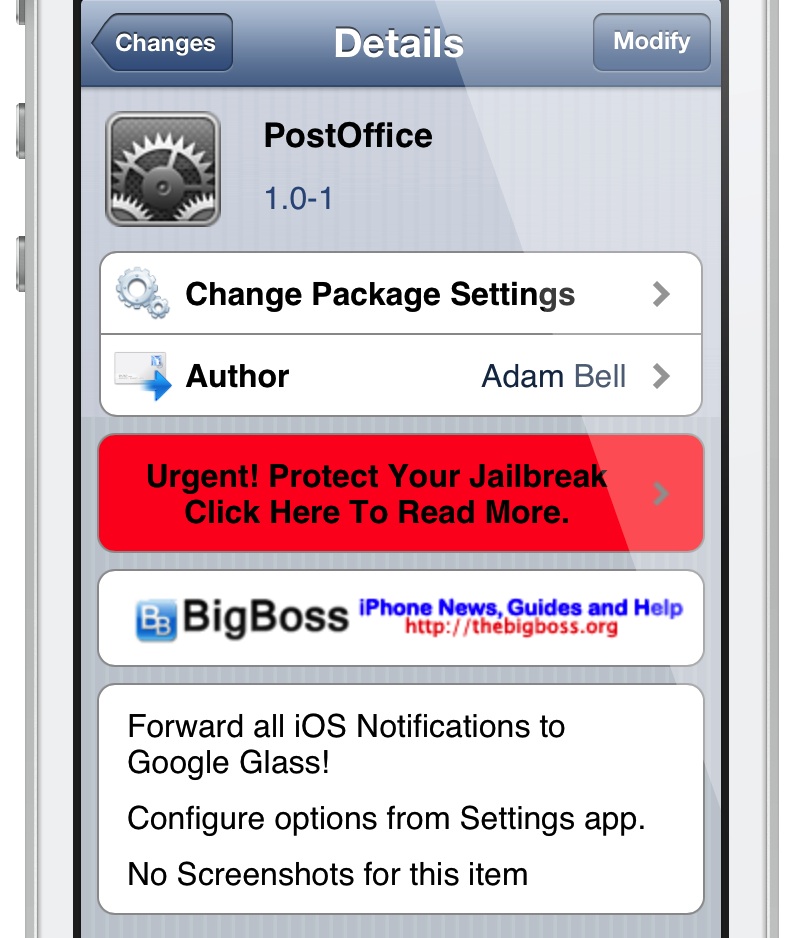 Adam Bell, the iOS developer behind jailbreak tweaks like Stride and the Facebook Chat Head enabling MessageBox, is back at it again. He just released PostOffice — a new jailbreak tweak that allows Google Glass users to forward all of their iOS notifications directly to Google Glass.

Unfortunately, I don’t own Google Glass, so it’s impossible for me to personally test out exactly how the tweak functions. At any rate, take a look inside for a screenshot of the tweak’s settings. 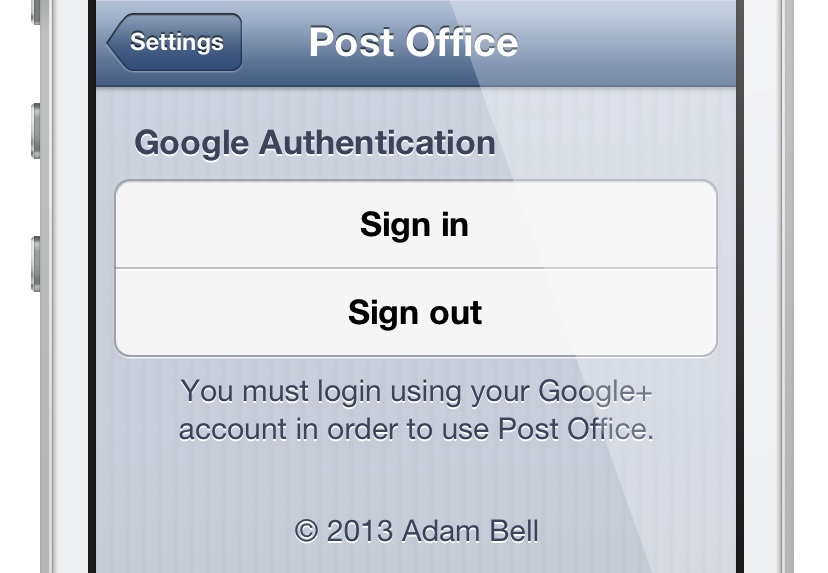 Outside of that, there’s not much more to the tweak’s configuration on the iOS side. PostOffice is a free jailbreak tweak available right now on Cydia’s BigBoss repo. If you’re an owner of Google glass and you happen to have a jailbroken iOS device, please share your thoughts and experiences with the tweak in the comments below.