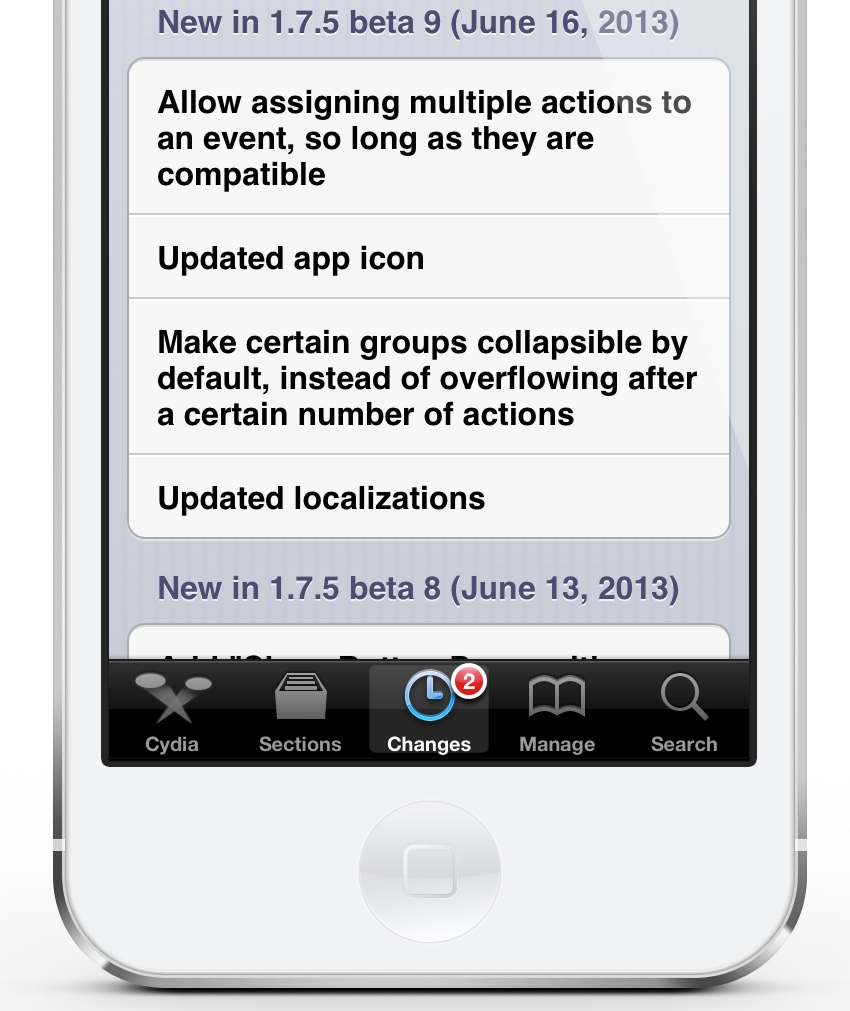 Activator beta updates are becoming like a weekly ritual around here, and we love it. The latest update, Activator 1.7.5 beta 9, was released just three days after the previous beta release. Beta 9 adds four new bullet points to the fray, and two of them are readily noticeable.

This latest version of Activator includes the ability to collapse certain groups that contain a lot of action entries. This will make it significantly less cumbersome to navigate through all of the provided actions. The second, and arguably one of the biggest features to hit Activator in quite some time, is the ability to assign multiple actions to an event. Yes, this means that you can stack multiple actions, as long as they are compatible with one another, and execute them using a single gesture or trigger.

Want to have a look at how this all works? I’ve demoed it on video inside…

The ability to execute multiple actions from a single gesture continues to open up the wide array of possible use cases with Activator. After watching the video demo, do you have any ideas on how you’d use the new multi action feature? Sound off in the comments below.

If you haven’t already, you can use this URL: http://rpetri.ch/repo to add Ryan’s beta repo to your list of Cydia sources. Once the beta repo is added, you can download the Activator beta free of charge.