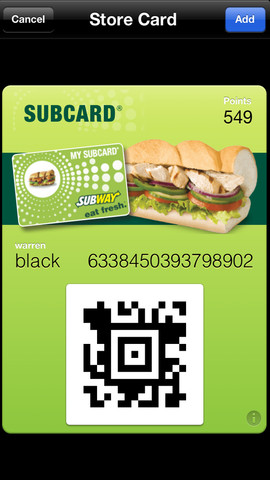 With just five days left until Apple’s WWDC keynote, some notable holdouts are at last integrating Passbook into their business.

The latest example: Subway, an American fast food restaurant franchise that primarily sells submarine sandwiches and salads. The company on Thursday updated its free Subcard iOS app with Passbook support for users in the United Kingdom.

This allows Subway customers to access their Subcard ID and recent transactions via the stock iOS 6 Passbook application on their iPhone, iPod touch and iPad devices and sync those across Macs and iOS devices via iCloud…

Thanks to Passbook, hungry customers can now redeem their Subcard points for a free sub sandwich, check their points balance on their card in the Passbook app and more. 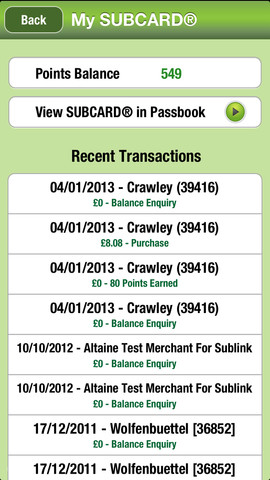 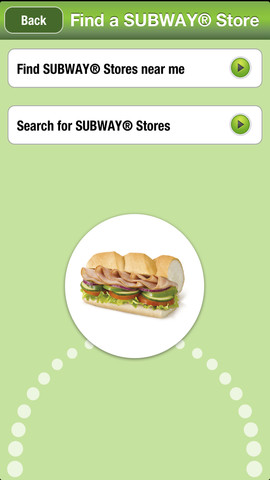 The Subcard app is a free download from the UK App Store.

Keep in mind that the software isn’t available on the US App Store, though Subway is expected to extend Passbook functionality to more territories in the coming months.