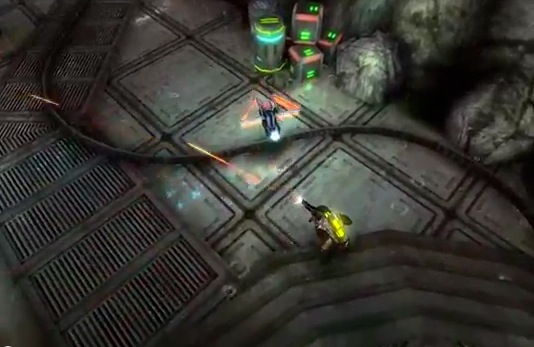 If you haven’t heard about Kamcord yet, it’s a startup which provides technology that enables iOS games developers to offer in-game recording functionality. The Y Combinator service is funded by some of the biggest venture capitalists around, including Google’s Ventures funding arm, Andreessen Horowitz, Yahoo’s boss Marissa Mayer and others.

And with over a hundred iOS games incorporating Kamcord solutions and over 500 million gameplay videos being recorded in the last six months, Kamcord has clearly hit the ground running. Earlier this week, the firm announced several new features to the service, including the ability to narrate gameplay videos, in real-time…

Having recently added such features as video trimming, a custom user interface and white-label solutions, Kamcord yesterday announced a new ‘Gameplay of the Week’ notifications feature.

With the ability to customize Kamcord’s user interface to their needs, iOS game developers can seamlessly incorporate Kamcord functionality that looks and feels like it’s part of the game.

YC-Backed Kamcord Aims To Help Share A Billion Game Recordings A Day (With Some Help From Zynga) bit.ly/11ei2S5 via @techcrunch

In addition to sharing via Facebook, YouTube, Twitter and Email, Kamcord is developing its own social community that will allow players to upload and browse gameplay videos from all apps that incorporate its technology.

Kamcord offers a software development kit (SDK) for iOS and supports the Cocos2D and Unity game engine. An Android SDK is currently being worked on, according to Jordan Kahn of 9to5Mac. 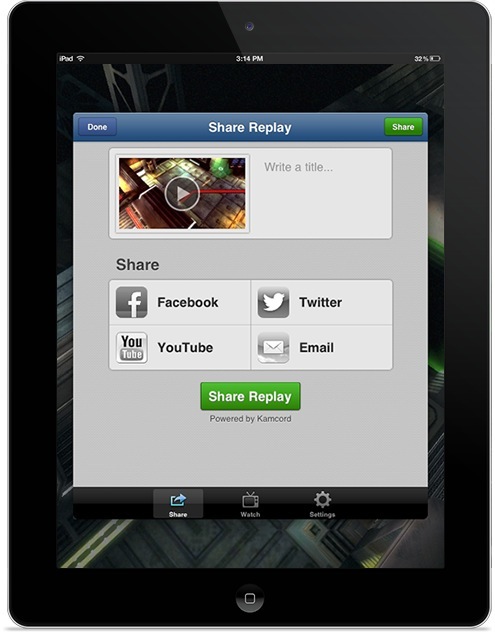 The startup is talking to other iOS developers over using its technology, especially to big name developers who use competing services.

Although capturing functionality is initially available on iOS only, Rovio is working on bringing it to the Android edition of Bad Piggies.