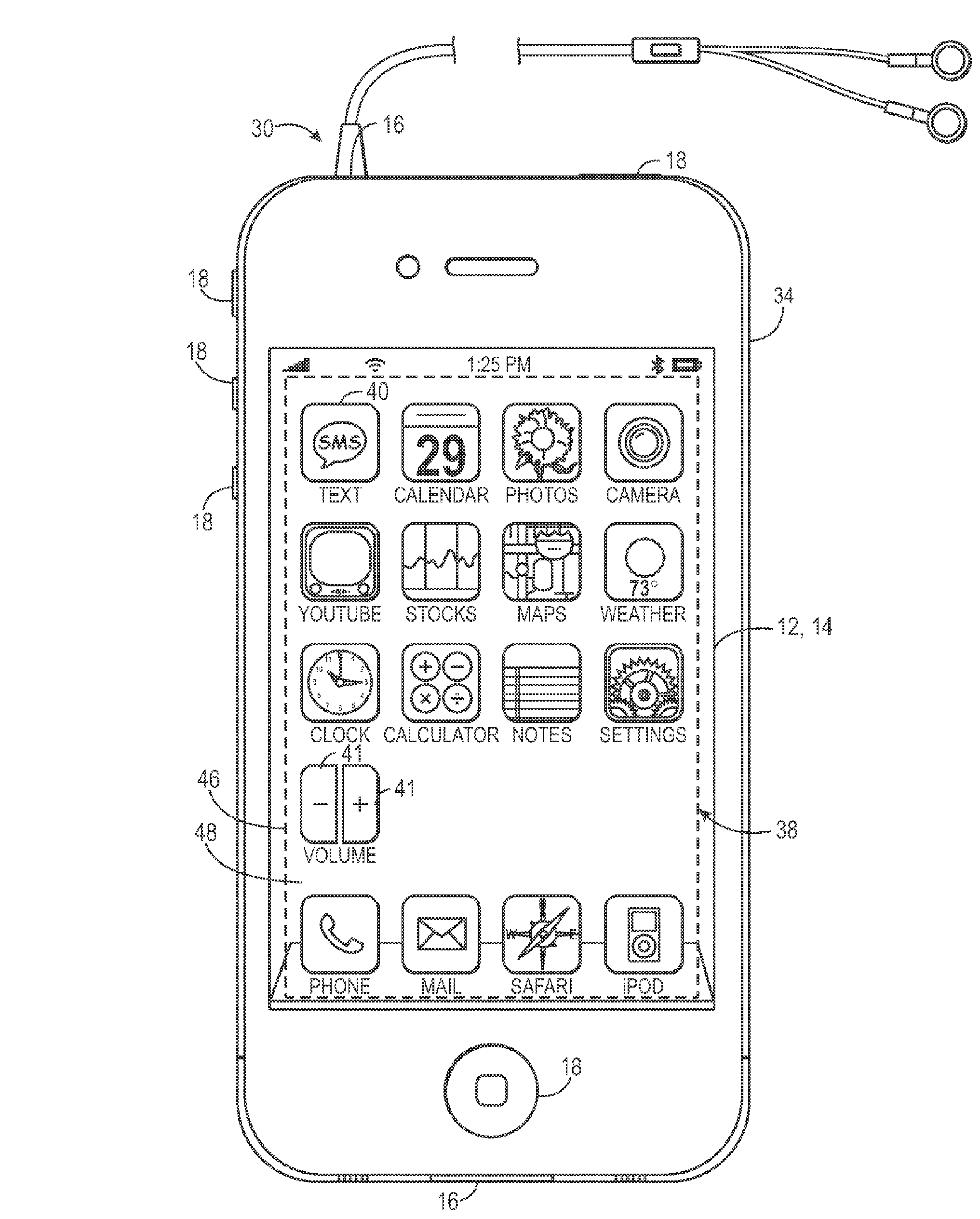 So far, Apple devices with touch screens react to taps and swipes. Future applications could also respond to pressure. The iPhone maker has applied for a patent on technology which would detect when you press your finger.

The invention may further expand how consumers interact with technology, particularly with wearable devices. The patent application, filed in 2011 and published Thursday by the U.S. Patent and Trademark Office, provides the popular GarageBand music app.

The patent entitled ‘Embedded force measurement’ describes a system in which a “force detection sensor layer is deployed atop or within a flexible display, allowing a user to press down on the screen as a secondary form of input,” according to AppleInsider. 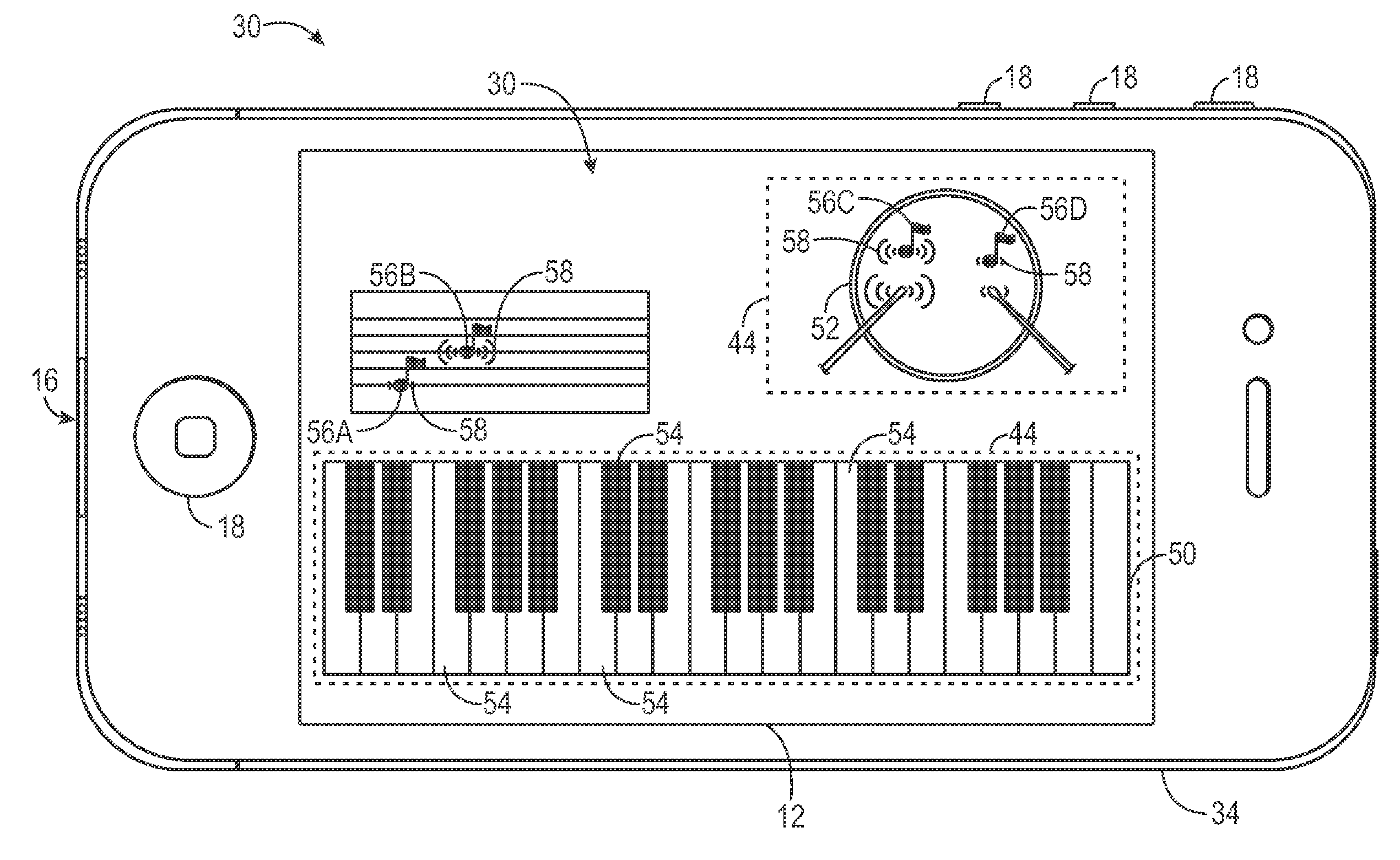 The nature of OLED makes the display more suitable to such flexible touch regions.

The flexible material would be used only where touch input is needed, leaving other areas for structural strength, the patent application explains. For instance, a device could contain flexible regions where a user could press to set volume levels. 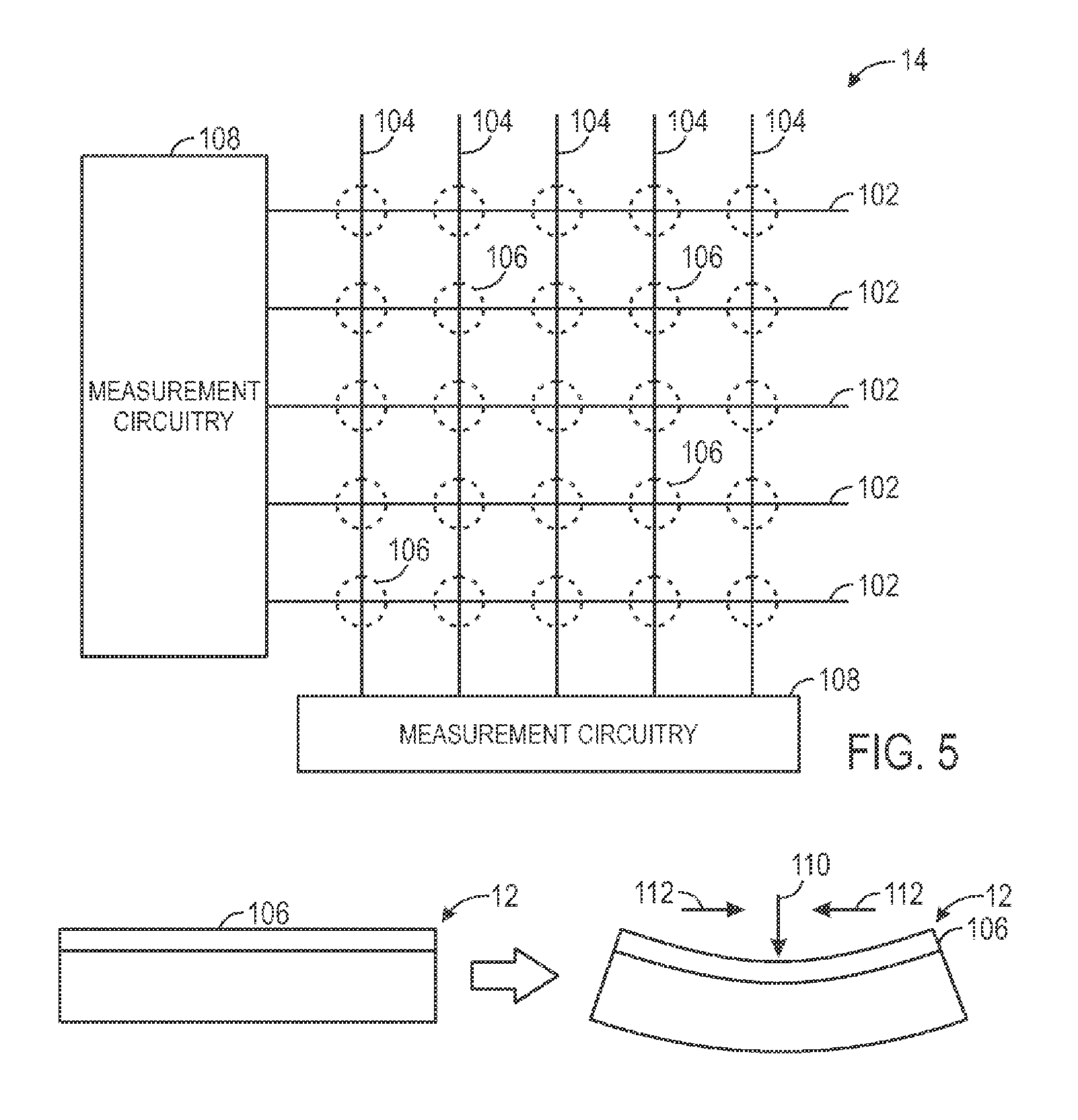 Another potential use of the flexible touch panels could be in the much-discussed iWatch.

The wearable technology is seemingly well-suited to a pressure-sensitive input, rather than the more conventional touch display. Not only would the system work better in smaller devices, wearable computing would take advantage of the flexibility of OLED displays.

The publication of the patent application marks only the latest report of efforts by Apple and others to develop flexible displays for a wider range of products.