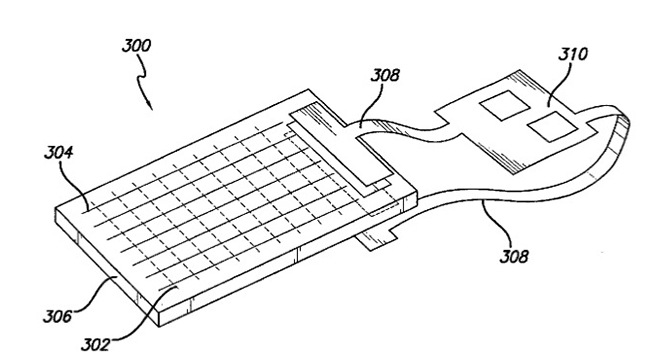 Among the more than two-dozen patents granted to Apple by the U.S. Patent and Trademark Office earlier this week is one hinting the iPhone maker could finally enter the Push-to-Talk (PTT) arena and another one indicating the firm may breathe new life into its rumored plans for wearable devices.

The PTT patent likely is the result of a $4.5 million purchase by Apple and others of a portfolio of intellectual property sold by Nortel Networks in 2011. Meanwhile, the USPTO granted Apple a patent on flexible touch panels which could potentially be used for even smaller devices, such as the much-rumored iWatch…

Direct conversations between iPhone users has been a concept that’s attracted the attention of both consumers and Apple. The patent granted Tuesday covers a “method and system to provide push-to-talk from one user to another, in a wireless packet data telecommunications network.”

Shortly after Apple reportedly began investigating PTT, the company was among a group of firms which in 2011 purchased a number of patents sold by Canada’s Nortel.

In that portfolio was a 2001 patent filing describing a ‘Push-to-Talk Telecommunications System Utilizing a Voice-Over-IP Network.’ 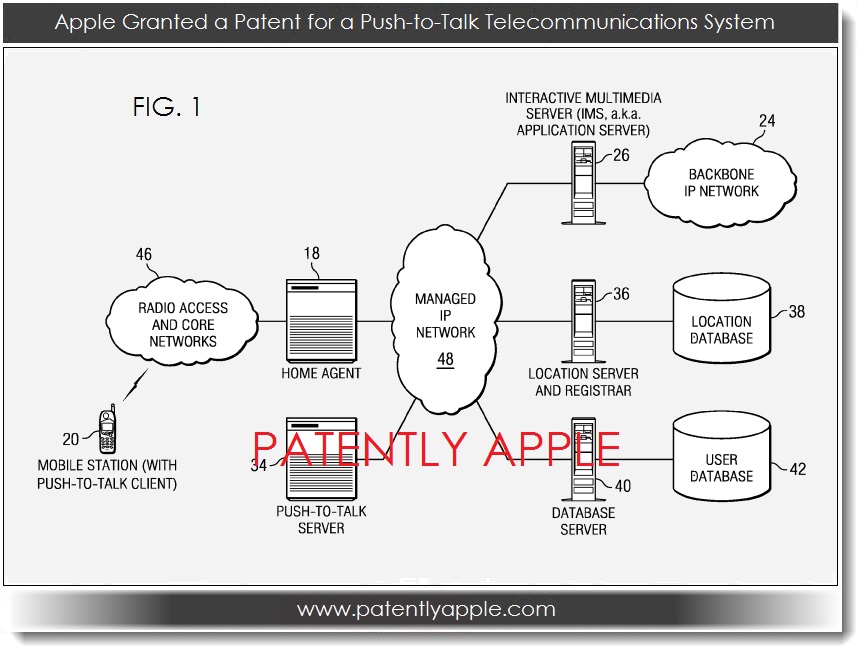 More uncertain is just what plans – if any – Apple has for this invention.

“This technology would go toward Apple’s continual push to make each of its devices thinner than the previous generation,” supposes AppleInsider.

Other Apple patents have hinted at curved batteries and flexible touchpad displays, while other third-parties have already released wearable technology products designed as bracelets.