The days of boxy computers are history, so why are the batteries which power them still the same shape? That’s the question a pair of new Apple patent applications seek to answer. The patents filed in 2011 with the U.S. Patent and Trademark Office describe “non-rectangular batteries for portable devices.”

The iPhone and iPad maker outlines a way to customize the shape of batteries to fit the flexibility of today’s consumer electronics, including the growing array of wearable devices, such as the highly-discussed iWatch or Google’s Glass eyewear…

A pair of Apple patent filings (here and here), both filed on October 28, 2011, outline enclosing battery components in a flexible pouch that molds to a product. The other filing discusses ways of designing batteries which fit curved products of varying depth.

Both inventions could shape a mobile battery so it fits better into a housing and reduce wasted internal space.

In some embodiments, Apple explains that the curve “may be formed at one or more ends of the battery cell to allow the battery cell to occupy a curved and/or rounded space within the enclosure of a laptop computer, tablet computer, mobile phone, personal digital assistant (PDA), digital camera, portable media player and/or other type of battery-powered electronic device.” 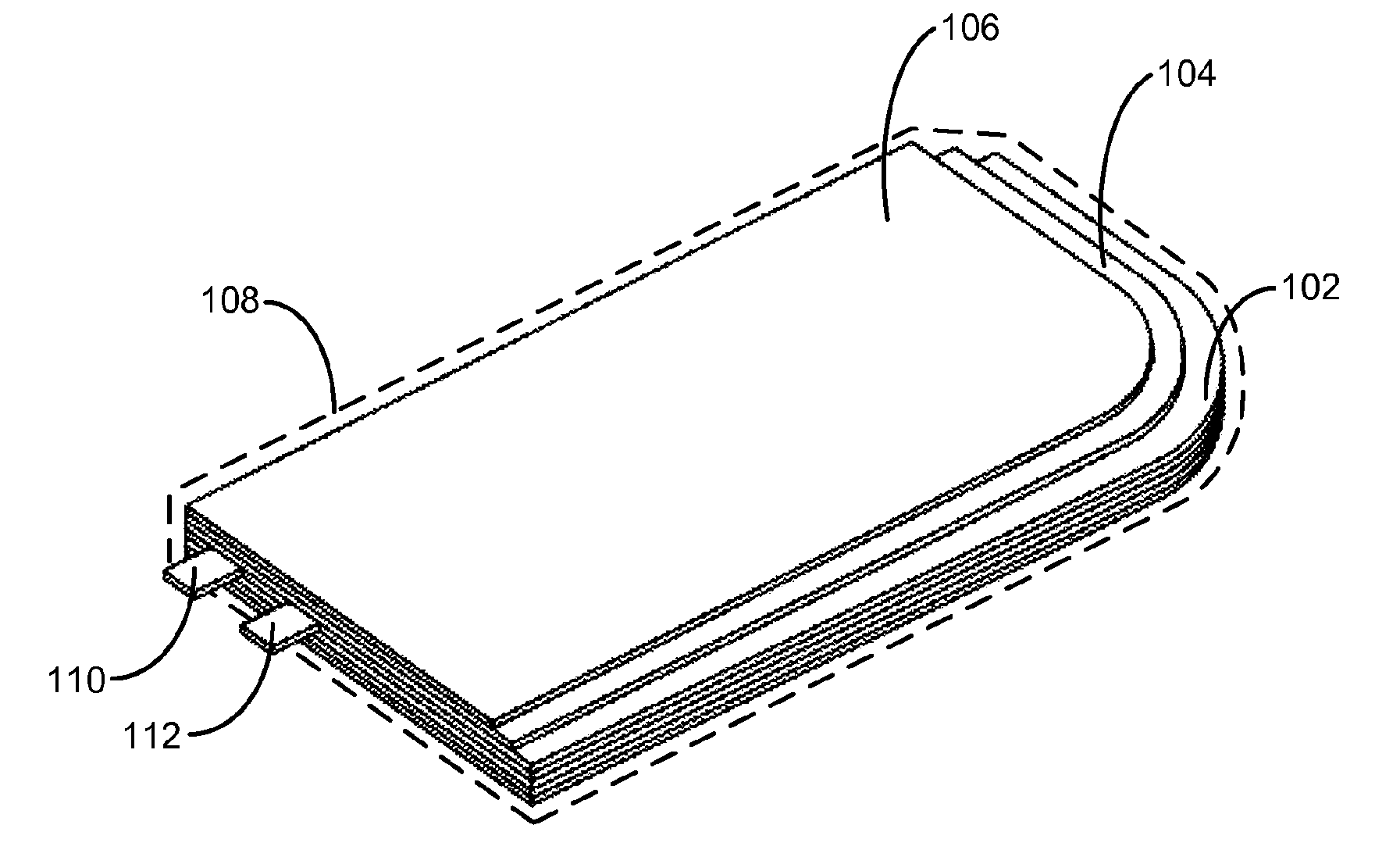 While there is no certainty the new battery designs will appear in any Apple products, the company has proposed a number of devices where such flexibility would be an advantage. Along with the much-ballyhooed iWatch, which appears to combine some iPhone technology with a wristwatch, Apple has proposed handsets with wrap-around displays.

The wearable-computing sector, after losing mindshare, has enjoyed somewhat of a resurgence. Google has been all over the airwaves promoting its Google Glass eye-wear, which brings a heads-up display to real life.

However, Apple has not been silent, offering a number of options for wearable computing.