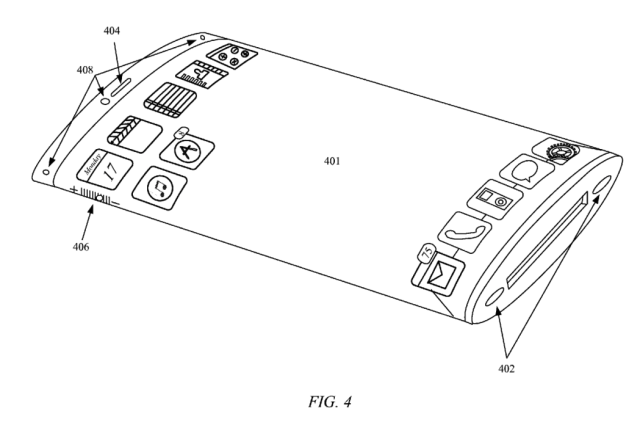 Cue the ‘Jetsons’ theme song as we talk about Apple’s latest patent: a wraparound display for your iPhone. The smartphone maker has filed a patent for an all-glass design taking the iPhone’s already sleek contours to the ultimate degree. Although outlining breath-taking technology, such as heads-up displays and the ability to connect devices like some technologically whacked-out tinker toy, the futuristic patent would likely come with some very current limitations… 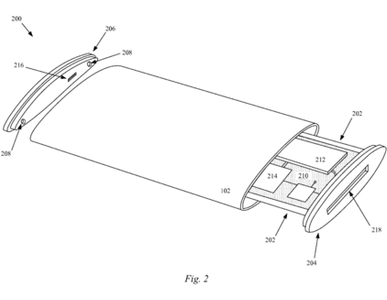 “This is one of the more exciting Apple patents that has surfaced lately, as it demonstrates essentially a completely re-imagined next-generation iOS smartphone,” writes Darrell Etherington of TechCrunch.

The author, however, notes that the technology may not necessarily make it into the next few generations of iPhones.

The technology is probably still a ways off from being economically practical, and the battery demands of a completely wraparound display would also likely be astronomical.

For starters, the patent filing suggests a wraparound AMOLED display, which would both increased the screen real estate while removing the need for hardware buttons. 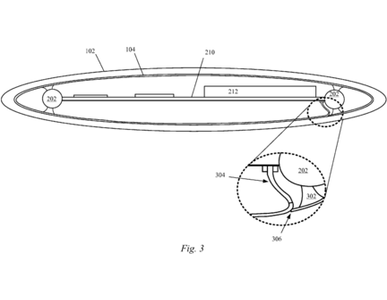 We’ve discussed the differences between the iPhone 5’s Retina Display and the AMOLED screen on Samsung’s latest Galaxy S4 smartphone. While the Retina provides sharp pixels, an AMOLED display is noted for its color saturation.

In addition, both Apple and Samsung have toyed with flexible displays. As larger displays become a key differentiator between the two rivals, giving more space to a handsets screen could take on more importance. 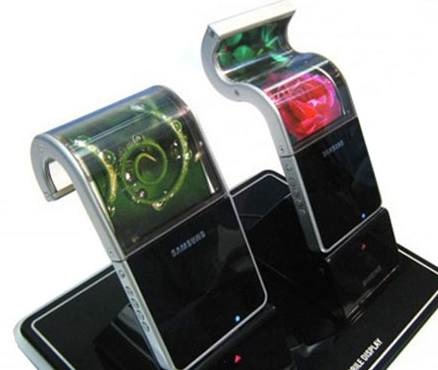 With more glass and few physical buttons, gesture controls take on a larger role. Earlier this week, we discussed an Apple patent which would allow an iDevice to accept touch input without displaying buttons or dials on a screen.

While that technology would fit with any plans to develop small products – such as an iWatch – the patent might also cover a wraparound display, as well.

Another intriguing aspect of the patent is what might be called the Voltron Possibility.

For those unfamiliar with the animated series, Voltron is a huge crime-fighting robot composed of smaller individual vehicles. In the case of Apple, the patent hints at end caps where other iOS device might connect, such as your iPod nano or another iPhone.

All of which makes for great copy and humorous speculation.

The reality for Apple is rooted more in the mundane. Many on Wall Street expect Apple profits to be down for much of 2013. For the smartphone industry, the focus will not be on introducing cutting-edge designs, but reaching new markets with growth potential, such as India.

In such places, the hot topic will be delivering inexpensive phones with more flexible payment alternatives. These goals would tend to lend themselves to inexpensive technology produced with proven designs.

However, the wraparound iPhone patent may also serve Apple as a defense against future surprises from Samsung, for instance.

Although the iPhone is prominent in most reports on the patent, the technology could also become part of a lawsuit should a company introduce other mobile technology.