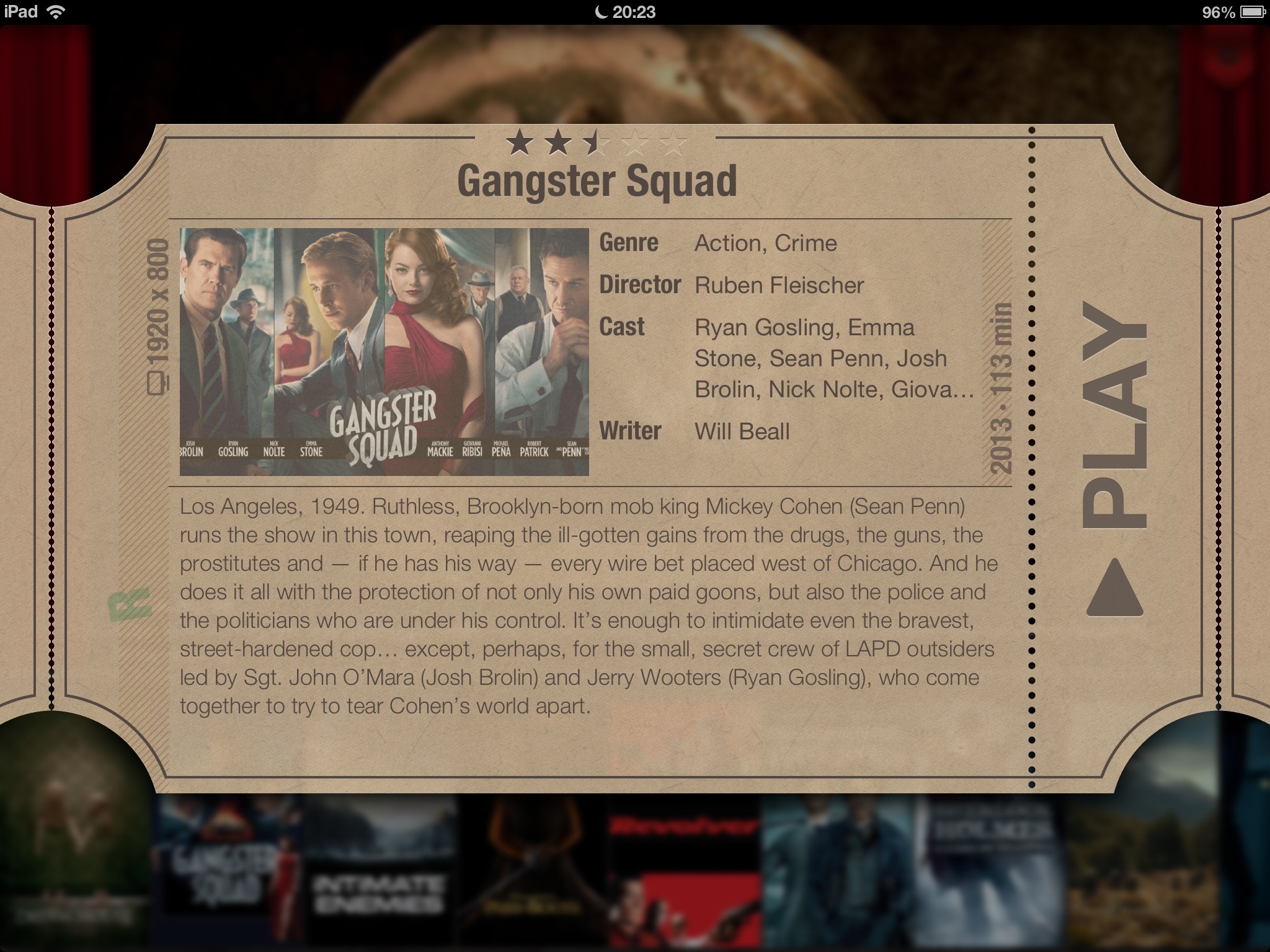 I was quite excited about Infuse, a versatile and nice-looking iOS media player by FireCore, the team behind the aTV Flash Black. The one and only major gripe I had with the software is its absence of AirPlay streaming, which is quite a limiting factor if you want to watch your media on the big screen TV through your Apple TV. While AirPlay support is definitely coming in a future update, the team yesterday issued a small update fixing minor inconsistencies and tweaking a few features…

Release notes accompanying the download confirm the FireCore team is working on “a number of awesome things”, including AirPlay and HDMI out support, both “coming soon” in version 1.3.

That particular update will make Infuse much more useful as you’ll finally be able to wirelessly send your movies to your TV, through the Apple TV set-top box.

I’m not sure subtitles will be supported over AirPlay as I have yet to find an iOS app that can do this without requiring a transcoding client on the Mac side.

Another thing they’re working on: a web interface that will let you move files onto your device. Infuse currently supports Dropbox and email attachment imports, in addition to standard iTunes file sharing.

Michael Steeber of 9to5Mac was able to get hold of a screenshot depicting the incoming web interface, here it is. 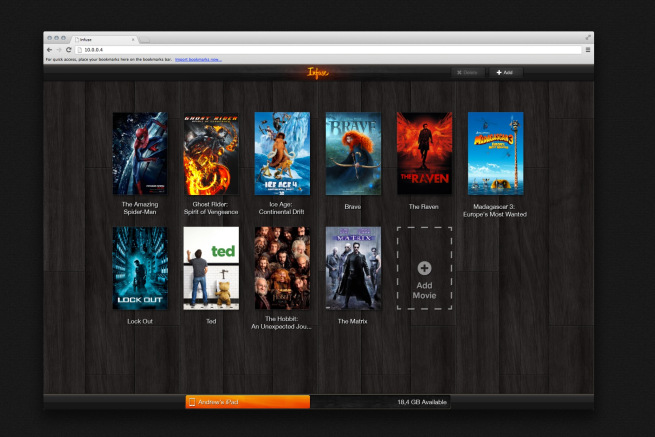 As you can see, it closely resembles the look and feel of its native iOS counterpart.

Check out the Infuse web site or the introductory blog post for more information.