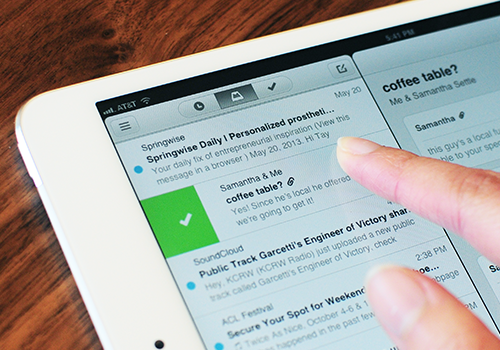 Mailbox, the popular Gmail-based email application for the iPhone and iPod touch that Dropbox snapped up back in March, has been updated with native iPad support. Yes, you can now triage your email on the bigger screen. Taking best ideas from the iPhone build and borrowing cues from Apple’s stock Mail app on iPad, Mailbox on your Apple tablet increases your productivity by dividing the interface in landscape mode into two columns: the lefthand one which lists your email messages, with message content rendered on the right side. We’ve gut the full breakdown and a promo video right below the fold…

At the top of your message list are familiar icons to switch between your inbox, archive and snoozed messages. If you want to reach your folder list, just tap the menu button in the upper left.

It’s a bit surprising that the iPad edition works only in landscape, but the team confirmed they’ll be adding portrait orientation soon. 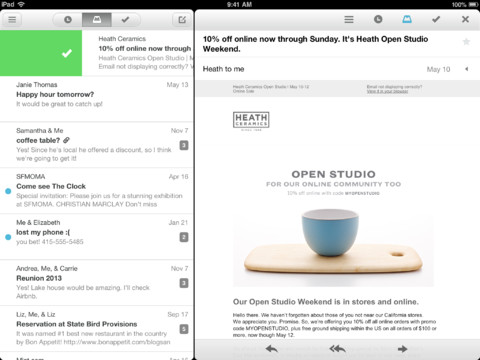 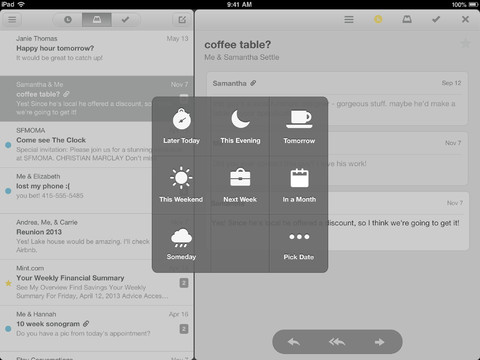 The new Mailbox version 1.3 lands itself particularly well to composing new messages, especially with that big full-size keyboard. Unfortunately, the team made a mistake by implementing compose window as a tiny sheet which doesn’t take full advantage of the iPad’s bigger canvas so that’s certainly something we’d very much love to see fixed in a future update. 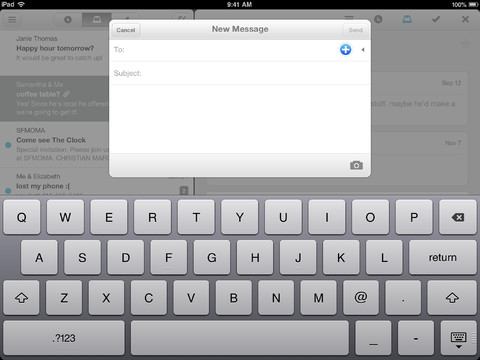 For those wondering, all changes you make in Mailbox for iPad will be reflected on all your other devices, including Mailbox for iPhone – no need to open both at once. 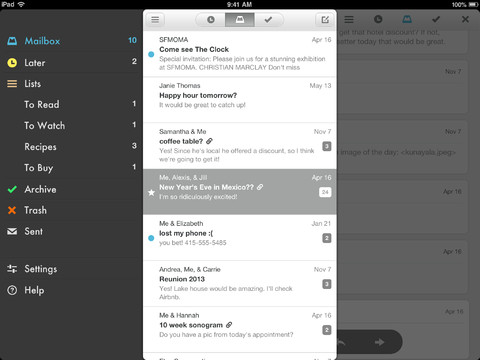 As for plans for the future, the team is considering a Mac app, adding portrait orientation, support for launching links in Google’s Chrome and more. And even though Mailbox is limited to Gmail and Google Apps accounts only, they’re planning on adding more clients “as we grow.” 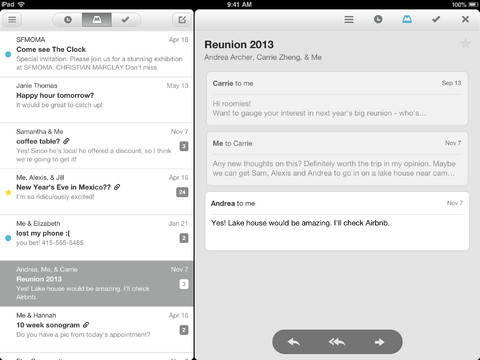 With today’s update, Mailbox fans can finally swipe their way to inbox zero on all their iOS devices.

Oh, and the application is now available without having to wait in line in order to use it.

The new Mailbox is available now, free of charge.