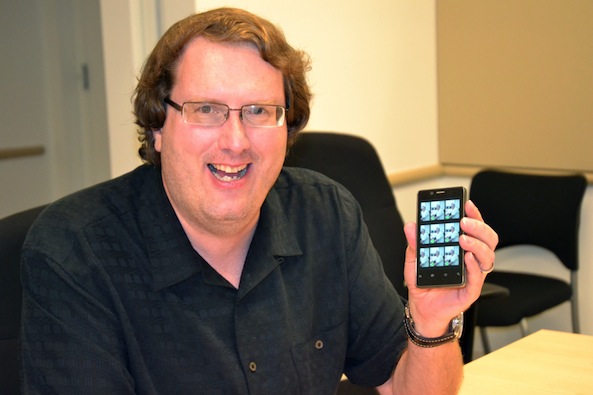 Since turning down the opportunity to manufacture chips for the original iPhone, Intel has had problems breaking into the mobile industry. Go ahead, try to name a smartphone or tablet that has one of Intel’s processor inside.

But that doesn’t mean it’s giving up. In its latest move to try to break into the mobile space, Intel has hired former Apple VP Mike Bell to head up a new ‘smart devices’ team, a group tasked with turning cool technology into products…

Speaking with Bell at its recent ‘D: Dive into Mobile’ conference, AllThingsD reports:

“The new group will look at emerging technologies and product trends, including ultra-mobile products, Intel said. The move is part of a broader series of organizational changes being made by the company’s new CEO, Brian Krzanich.

“The group will be tasked with turning cool technology and business model innovations into products that shape and lead markets,” the chipmaker said in a statement toAllThingsD.”

It sounds like Bell is a good guy to have around if you’re trying to build market-leading products. Over the course of his time at Apple, spanning 1991 to 2007, he made significant contributions to the iMac, Apple TV, and iPhone programs.

And even after Apple, Bell was part of the highly-regarded team at Palm. There he was responsible for all aspects of product strategy, development and deployment, bringing the Palm Pre, the Palm Pixi and many more products to market.

As for its current hardware offerings, Intel has a few smartphones here and there. Earlier this year, it launched the E-20 handset in Egypt. The company is also rumored to be working on a smart set-top box, similar to the Apple TV.