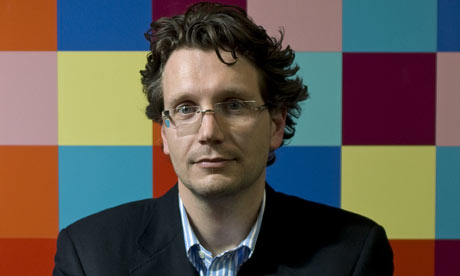 If Apple is really planning on revolutionizing the TV business, it may want to hurry up and do so before Intel beats it to the punch. Confirming rumors from earlier this year, the company’s Media VP Erik Huggers said today that it’s working on a set-top box.

But that’s not all. In addition to the new hardware, Huggers says that Intel is also working with ‘the entire industry’ to bring a new Internet TV service—an all-in-one solution that will incorporate live TV, catch-up TV and on-demand TV—to the market…

“For the first time we will deliver a new consumer electronics product under a new brand. We’ll offer consumers a box and they’ll buy this directly from us. It’ll be an Intel-powered device with fantastic industrial design. But it’s not just a device. We’re working with the entire industry to figure out how we get live TV to consumers over the Internet.”

The VP says that Intel is very excited about the project. The Chip-maker has put together an all-star team of people hired from Apple, Netflix, and Google to work in the company’s new Media group, which is devoted to developing the Internet television platform.

While the service won’t likely be any cheaper than existing bundled offerings, Intel hopes it will provide a better service than what’s available through traditional cable distribution companies. “We believe that there is value in bundles, if bundles are done right.”

Separate from the ongoing ‘iTV’ rumors, Apple is believed to be working on a similar set-top box of its own (something more than its current ATV offering). But the last we heard, it was having trouble negotiating revenue deals with content and cable companies.

According to Hugger, Intel’s set-top box is due to launch later this year. But there’s no word on when its service will be ready. We’re going to be keeping a close eye on this space, because with companies like Apple and Microsoft in the mix, anything can happen.