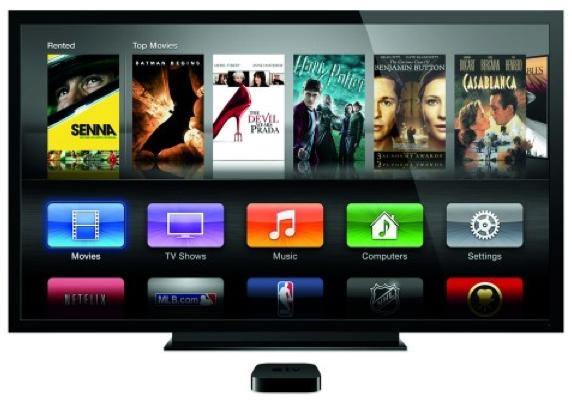 Yesterday, a scoop from The Wall Street Journal sent shockwaves through the Apple community, claiming that the fruit company is now focused on building a cable receiver of sorts, rather than the long-rumored TV set.

Today, the publication added some new information to its initial report, offering up more details about the set-top box. It’s said to feature an iPad-like interface, and is designed to simplify the we access and view content…

“Apple Inc’s vision for a new device that can be used as a set-top box includes features designed to simplify accessing and viewing programming and erase the distinction between live and on-demand content, people briefed on Apple’s plans said.

The Cupertino, Calif.-based company proposes giving viewers the ability to start any show at any time through a digital-video recorder that would store TV shows on the Internet. Viewers even could start a show minutes after it has begun.”

This is actually pretty cool when you think about it. It’s essentially talking about an iCloud-based DVR function that would allow users to watch any show at anytime via the web — regardless if it’s live programming or not.

The report goes on to name a few other interesting details. For example, it describes the user interface of the set-top box to be iPad-like, which makes sense given that the current Apple TV UI already looks very iOS-ish.

Now imagine a remote app built specifically for this set-top box that works on your iPhone or iPad, or better yet, the rumored iPad-mini. Think of all the ways these devices could communicate. What about games?

Unfortunately, it sounds like this thing is still a long ways off. As we’ve said before, content deals are some of the trickiest to negotiate, and cable providers aren’t exactly lining up to let Apple into their industry.

But our fingers are definitely crossed that this thing materializes. Toes too.